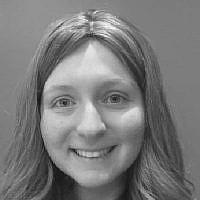 The Blogs
Talia Weisberg
Apply for a Blog
Advertisement
Please note that the posts on The Blogs are contributed by third parties. The opinions, facts and any media content in them are presented solely by the authors, and neither The Times of Israel nor its partners assume any responsibility for them. Please contact us in case of abuse. In case of abuse,
Report this post.

Parshat Vayeitzei is action-packed, narrating the arc of Yaakov’s life from when he leaves his parents through when he departs from Lavan’s home as a wealthy man with numerous wives and children. Towards the beginning of the parsha, we read about Rachel and Yaakov’s first meeting; like several other couples in the Book of Genesis, Yaakov finds her by a well. “There is his daughter Rachel, coming with the flock” (29:6), the shepherds at the well tell him after he asks about Lavan’s well-being. After another back and forth, the verse tells us, “While he was still speaking with them, Rachel came with her father’s flock; for she was a shepherd” (29:9). Although male shepherds are found throughout Tanach – notable examples include all of the Avot, Moshe Rabbenu, and David Hamelech – women rarely hold this job. The only other instance of women as shepherds is found in Parshat Shemot, where we read about Yitro’s daughters and their struggle to hold their own among the male shepherds (Exodus 2:16).

The rabbinic commentators present several reasons for why Rachel held this unusual role. Ohr Hachaim (29:6) suggests that Rachel was compelled to shepherd for her father because Lavan did not have enough money to hire outside help or was too miserly to do so, and/or that his flock was so small that one woman could handle it. Maimonides (29:9) points out that unlike Yitro’s daughters, Rachel shepherded the flock without her sister; he postulates that Leah was excluded because she was already of a marriageable age and could thusly not be allowed out unchaperoned, or because her eyes were tender and being in the sun all day would have hurt her. Sforno (29:9) posits that Rachel was the only shepherd because she was just incredibly competent, someone who had a knack for finding the right pastures. Although he does not state this explicitly, perhaps this idea is a nod to the fact that the Hebrew word rachel means ewe, that Rachel had some sort of intrinsic connection with the sheep that she herded.

While these explanations help us understand the practical reasons why Rachel was a shepherd, other rabbinic commentators read a deeper spiritual meaning into her role. Because of a commentary on the Book of Jeremiah, rabbinic literature generally considers Rachel to be the ultimate protector of the Jewish people. In Jeremiah, the passages say “Rachel weeps for her children. She refuses to be comforted for her children, who are gone. Thus said Hashem: Restrain your voice from weeping, your eyes from shedding tears; for there is a reward for your labor…they shall return from the enemy’s land. And there is hope for your future…your children shall return to their country” (Jeremiah 31:15-17). The commentator states that a supernal Rachel began this inconsolable crying when the Children of Israel were being exiled from Jerusalem. Distraught upon seeing her descendants in such anguish, she intercedes before Hashem and begs for mercy. Her petition is successful, and Hashem comforts her with the reassurance that her children will eventually be redeemed.

The Zohar, the foundational text of Kabbalah, links Rachel to the Shechina, the feminine presence of God, in the moments when she cries out to Hashem on behalf of her exiled children and when she first appears to Yaakov by the well. Commenting on Vayeitzei’s description of her as a shepherd, the Zohar on 29:9 comments “she is their leader, and she is accountable for them.” The 13th century kabbalistic commentator Recanati phrases this same idea as “she is the shepherd of sheep and the leader of Israel.” He uses wordplay to connect the fact that she is the daughter of Lavan, which means white in Hebrew, and that she “whitens” the sins of Israel when she pleads for God’s mercy on their behalf. The Shelah, 16th century proto-Hasidic commentator, also understands Rachel coming with the flock in 29:6 as an allusion to her role in advocating for redemption, since the Children of Israel are referred to as sheep while in exile.

This is a powerful understanding of what otherwise appears to be a simple moment in the narrative. Rachel is not just a shepherd and her flock is not just sheep; she is a leader of our nation whose influence brings us out of exile. Rachel models a form of leadership predicated on unconditional love and unwavering commitment. A shepherd’s primary job is to protect their flock from predators and bring all of their sheep home at the end of the day. Shemot Rabbah 2:2 states that Hashem chose to reveal Himself to Moshe at the mareh ha’sneh, the vision of the Burning Bush, when Moshe ran after an errant kid, displaying his sense of responsibility to even the smallest goat in his care. So too did Rachel take her mandate as shepherd seriously, refusing to rest until Hashem promised her that her flock would find its way home. As we continue to live through exile, we can look toward Parshat Vayeitzei to remind ourselves that Rachel is our advocate, our guide, our shepherd.

About the Author
Talia Weisberg is originally from New York, NY. She previously served as the Director of Academic Affairs at the Consulate General of Israel to New England, where she designed and executed strategic initiatives to promote understanding and knowledge of Israel among university students, faculty, and administrations. She earned her Bachelor of Arts at Harvard University in the Comparative Study of Religion with a secondary field in Women, Gender, and Sexuality.
Related Topics
Related Posts
Comments