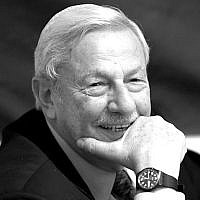 Bezalel Smotrich, Itamar Ben-Gvir, and Avi Maoz represent an existential threat to the survival of the State of Israel. Actually, their ideology, policies and programs that they are very likely to have the power to implement represent two threats: one internal, one external. The internal threat is the potential to tear apart the very fabric of Israeli society. The external threat is the potential to force Israel into a war with multiple enemies dedicated to our destruction.

The effort to impose a narrow definition of Judaism and of being Jewish on an exuberantly pluralistic society with multiple modes of being Jewish existing side by side with a wide variety of other ethnic and religious groups can only lead to misery. In particular, human rights activists, LGBTQ people, Reform and Conservative Jews, Jews by choice, non-Jews, and women, can expect to have their freedom curtailed, their lives disrupted and, in some cases, threatened, if not by these leaders themselves then by their followers. Bedouins in the South and Israeli Arabs in the North can expect to be especially vulnerable in the new order.

But the more damaging threat is facing outward. Racist policies and systematic repression, reinforced by Jewish terrorism, aimed at Palestinians in Judea and Samaria can lead to an explosion of violence that will not only rock Israel but provide ammunition to our enemies to attack us. Hamas, Hezbollah, and Iran can endanger our collective future. People we know whose children and grandchildren are in the army are justifiably deeply concerned.

How can these threats be countered? There are voices of reason in the political arena but given the balance of power in the Knesset today it is hard to imagine how these voices can seriously impede action by the ruling coalition. I believe the only ones who can confront, slow down, and ultimately stop these threats to Israel are people who self-identify as Religious Zionists but do not share the world view of those who lead the party by that name. Smotrich, Ben-Gvir and Maoz have successfully hijacked the Religious Zionist flag. But in my view, their perspective is neither religious nor Zionist. In fact, they represent the antithesis of Religious Zionism, as I understand it. A knitted kipah does not make one a Religious Zionist.

So here is my question: have all the authentic religious Zionists disappeared?

Actually, Israel has a large number of institutions, whose leaders and participants  teach and disseminate the values, principles and ideas of genuine Religious Zionism. I am thinking of entities such as Irgun Rabbanei Tzohar, Kibbutz Hadati, Yeshivat Har Etzion, Matan, Yeshivat Maale Gilboa, Nishmat, Ohr Torah Stone, Shalom Hartman Institute, ITIM,YASHRUT, Kolech, and there are many others.

Of course, each of these institutions is an independent entity. They are successful because their leaders are mission-driven. They grow and flourish because they meet the needs of their students, teachers, donors, and followers. Yet, if each of these individual institutions stays focused only on their own mission and program, they will miss the opportunity to transform the future of Israel. Collectively, their impact could be very great. The leadership of these and similar institutions should come together, to map strategy and to find a way to pool their tremendous energy and talent. They should mount a massive campaign of public re-education to promote the true norms and values of Religious Zionism in a pluralistic Jewish state.

Those who claim the mantle of  Religious Zionism, but in fact defile it, need to be put on the defensive. They need to be confronted at every turn by clear and articulate opposition. In normal times, the leaders of these institutions do not come together even though they share fundamental values. But these are not normal times. This is a time when individual institutions should transcend their own agendas in favor of collective action. This is the time to rescue Israel.

About the Author
Jack Ukeles is the president of Ukeles Associates Inc., a planning, policy research, and management firm for Jewish communities and organizations in the US, Israel, and world-wide.
Related Topics
Related Posts
Jacob B. Ukeles