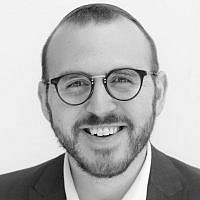 The Blogs
Eliezer Lawrence
Rabbi, Judeo-Linguist, Educator and Mohel
Apply for a Blog
Advertisement
Please note that the posts on The Blogs are contributed by third parties. The opinions, facts and any media content in them are presented solely by the authors, and neither The Times of Israel nor its partners assume any responsibility for them. Please contact us in case of abuse. In case of abuse,
Report this post.

“I’m sorry, but I have no rachmonus (sympathy) for the Palestinians,” said an unassuming colleague of mine on a recent mission to the Holy Land, as we sat in Rawabi overlooking the majestic Palestinians flags waving proudly, perhaps so for the first time.

As we sat in the fortress on the mountain, made of stainless steel and glass, and built as a prophetic temple of Palestinian prosperity, we were asked — just for a few moments — to step out of our narrative. We were subtly implored to question and to wonder if they way things have been are necessarily indicative of the way things could be. We were faced with the question worth millions of dollars of private and Qatari money; “what if what we have been told about Palestinian life and identity could be as colorful and complex as that of Jewish life?” But my colleague refused. He neither answered the question nor did he even acknowledge the question; I’m pretty sure he didn’t even hear the question.

This moment, however brief, has not left me since it passed. Its stench wreaks with doom; a Torah without purpose and a redeemed and powerful Judaism stuck in the psychosomatic complex of continued and uninterrupted deafness to the plight of any people but our own. This illness is exemplary of both the state of mainstream 21st century Judaism and the lack of directionality in the American Orthodox Rabbinate. We engage in the worthy project of self-preservation, but have become obsessed with “how?” as opposed to the “why?”.

My colleague was unable to hear the question because for him, to hear means to be heard; it means the exclusive dominance of one’s own narrative. For anyone to negate the myopic pre-new-historian version of Israeli history, in the eyes of many, is to attack the very foundation of the Jewish existence.

Mr. Masri, The Palestinian developer who spoke, expressed that as a person who was arrested and sat in Israeli political jails, he thinks that it would be unreasonable for Palestinians to like Israelis given the nature of their exposure and the power dynamic. He added that it is only once Israelis and Palestinians can interact as humans that barriers can be broken and crossed, unchecked.

We must see each other. We must see the complexity of narrative and of symbology; this includes that of each other’s flags — whether at the Chicago Dyke March, Camp Solomon Schechter, on college campuses or in the Holy Land.

Instead of using the Jewish experience of arevut, Jewish co-responsibility, as a lens through which to understand why a person would fight and advocate for his or her people and their success, or feel pride in their people’s symbols, we so often choose to filter experiences through our blue and white-tinted lenses to deflect the green and red colors on the flag which we find so triggering. Instead of religious and invested Jews positioning ourselves from the unique place of true empathy, we so often choose apathy, never to experience the radiant spectrum that makes up a complex reality.

The time has come to raise the flag of empathy — with all of its colors.

About the Author
Rabbi Eliezer Lawrence is a passionate Jewish educator and certified Mohel who uses his various platforms to enrich identity and instill meaning to Jewish texts, language and ritual. An alumnus of Columbia University and the Kollel of Yeshivat Ma’ale Gilboa, Rabbi Lawrence holds MAs in Bible and Semitic Languages and in Teaching Hebrew as a Second Language. He has taught Gemara, Tankah, Yiddish and Hebrew in both Jewish day school and adult educational settings and has written about language and Jewish identity for various publications. Alongside his community work as a Mohel, he currently serves on the faculty of the Hebrew department at Yeshiva University.
Comments 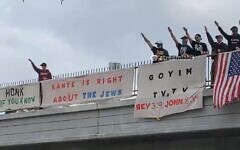