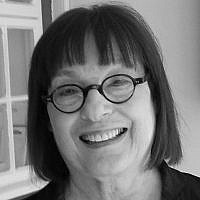 In May 2021, hostilities broke out between Israel and the Hamas, leading to many pro-Palestinian solidarity marches.  Predictably, marches were organised in most Arab countries but also in major cities of the free democratic world such as London, New York, Paris and Sydney amongst many others.  Yes, they are spectacles of flags, colour and sound but if you listen or watch carefully, they regularly call for the destruction of Israel (that is what from the river to the sea means).  But disturbingly, more recently a new element has entered – intolerance, blood liable against Jewish people, even exaltation of Hitler’s final solution and the calling for Holocaust 2.  And now, misogyny, hatred and contempt of females of the worst kind.

On May 16, 2021 a pro-Palestine convoy of Pakistani men drove through the streets of north London, where many of London’s Jewish community live.  The cars were decorated with flags flying and using a megaphone screaming and chanting, “F*ck the Jews, F*ck their daughters, f*ck their mothers, rape their daughters”.  Some British media (see Evening Standard for example) described it as antisemitism which it is.  But it is much more than that.  It is about pure hatred and contempt of females who happen to be Jewish.  Let’s call it what it is, misogyny of the worst kind aimed at Jewish females.  Videos of this event are still circulated widely on social media.

Like most democracies Israel may not be perfect, but how can “f**k their mothers, rape their daughters” be dismissed as another form of ant-Israel protest in 2021?  Antisemitism is vile enough but calling for rape of females in one of the most civilised cities in the western world should freeze our blood at this level of outright misogyny.  Language matters and it carries meaning and it is intended to call for action. Yet, searching for condemnation from significant world media such as the BBC, CNN, CBC and SBS, I could not find any. Reporting on them possibly yes, condemnation no. How has it come to this?  That it is possible to express openly intolerance and worse of all the encouragement of sexual violation and violence with impunity.

Around 2017 a major shift emerged in relationship to sexual harassment and abuse of women and especially about rape.  Thousands of women all over the world including some Muslim countries marched in protest about sexual abuse and rape.  This was as a result of women speaking openly about sexual crimes they had encountered in their everyday life.  It is hard to deny the impact of the #MeToo movement.  This movement has undoubtedly influenced sexual and gender culture and politics. Yet a group of men can drive through Jewish neighbourhoods in a major city of the western world calling for raping of Jewish women with no repercussion directly related to advocating such barbaric acts.  In fact, one supporter suggested on Twitter that they deserve it.  Surprisingly, not one of the women’s groups have lent their voice to protest about such an horrific event.

Rape is regarded as a crime.  Raping females and males of any age is not only a crime but regarded by the UN as a war crime as well.  The former United States Secretary of State Condoleezza Rice specified that rape was a crime that could never be condoned.  The Office of the UN High Commissioner for Human Rights regards sexual and gender-based violence as a human rights issue.

So why is it acceptable to call for rape in the streets of one of the oldest democracies in the world?  Why do we not hear any condemnation and censure from the UN, from other democratic organisations and the media about such barbaric acts that cannot be accepted in 2021 in socially minded democracies?  Chanting in the streets to rape women belongs to a different time and age, not in contemporary democracies.  How can “rape their daughters” ever be justified and/or ignored in 2021?  Just reporting on such repugnant ideas without condemnation and outrage is immoral.  Sadly, even more disturbing is pretending this does not happen, or that it can be justified.  In the era of #MeToo how can this be ignored?  Is “respect” the catchword of organisations dedicated to prevention of violence against women only conferred this to specific groups of women, but not Jewish women?  You have to wonder.

Were calls for rape in public about any other group of women, it would cause uproar, great disapproval and a demand for censoring of such behaviour.  To my surprise very little condemnation has been heard from women’s organisations, the UN, the New York Times, the Guardian, BBC, the ABC or other major media outlets.  Instead, as readers and viewers we are presented with images of flags, banners and chanting as if they are parades of goodwill, fun and entertainment.  Unfortunately, they are often not.  They are calling for violence, blood and now rape, fuelling hatred of Jewish people all over the world.  Most likely, there are people who are only there to support a cause they believe in but they certainly do not insist on decency and removal of vile chants and banners.  By default, they become morally implicated and so does the media.

About the Author
Rivka T. Witenberg (Ph.D.) is an academic, researcher and a writer. In 2017 she published a book entitled “Tolerance" the glue that binds us.”and in 2019 she published "The psychology of tolerance https://www.springer.com/gp/book/978981133788. Professionally, she is a writer and academic who brings an expertise in the field of examining thinking processes and underlying beliefs about moral codes, tolerance and acceptance to human diversity .
Related Topics
Related Posts
Comments
Advertisement