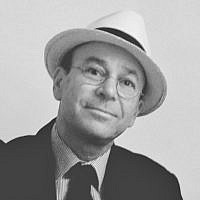 The Blogs
Mark Frank
Apply for a Blog
Advertisement
Please note that the posts on The Blogs are contributed by third parties. The opinions, facts and any media content in them are presented solely by the authors, and neither The Times of Israel nor its partners assume any responsibility for them. Please contact us in case of abuse. In case of abuse,
Report this post.

For all the bafflement I feel about an attempt to disengage Jewish history from the Temple Mount, I am rather bothered that the only part of the story we hear about is some resolution with a muffled denial of Jewish links to the Temple Mount and the Western Wall.

The way it’s reported it seems that this act of denial is the only and key issue of the resolution. Doesn’t it strike you as a bit weird that all these distinguished representatives of sophisticated countries like France and Italy and Spain, plus the other 21, would simply abstain from a resolution whose only aim is to deny Judaism’s connection, both historical and tangible, both physical and spiritual to the site of Solomon’s Temple and the Second Temple where Jesus preached and remonstrated? Don’t you have this niggling feeling that some piece of the story is missing? Isn’t there any context to this counterintuitive mystery?

We’ve been left to our own devices and fancies to flesh out why so many countries who are ostensibly our supporters or trading partners or at least when expedient, our comrades in arms in the war against terror, would permit such an unfathomable resolution, which so flies in the face of all the ancient written and archaeological evidence, to be passed just like that.

Doesn’t something in this murky insinuated call to mob like feelings of abuse and betrayal raise any questions with anybody? What’s the context of this resolution? Is it hidden in plain sight but not reported? Is there an unspecified dispute over the Temple Mount which gives rise to a possibly unstipulated but otherwise public content to this wretched resolution? Perhaps this apparently infantile act of double-speak and denial is actually the covert and manipulative subtext lurking in the details of some otherwise unstipulated and convoluted interfaith dispute?

I get the feeling we are not being fully informed?

About the Author
Aged in oak and astringent, I was born and raised in Australia and made Aliya in 1984. Due to "divine intervention" I was gainfully employed as a lawyer within the security forces; accounting for more than 20 years of tectonic shift. Raised in the 60's of the anti-war moratoriums and maturing in post Rabin Israel I have developed an eye for detail and capacity for romantic dilettantism.
Comments