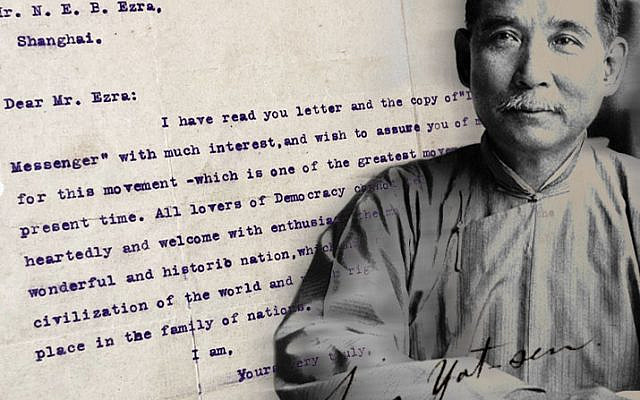 On April 24, 1920, Dr. Sun Yat-sen, the pre-Communist era leader venerated until today as the father of the Chinese nation, expressed his strong support for Zionism, calling it “one of the greatest movements of the present time.”

The words were written in a letter sent to N.E.B. Ezra, an influential writer and publisher, and founder of the Shanghai Zionist Association. 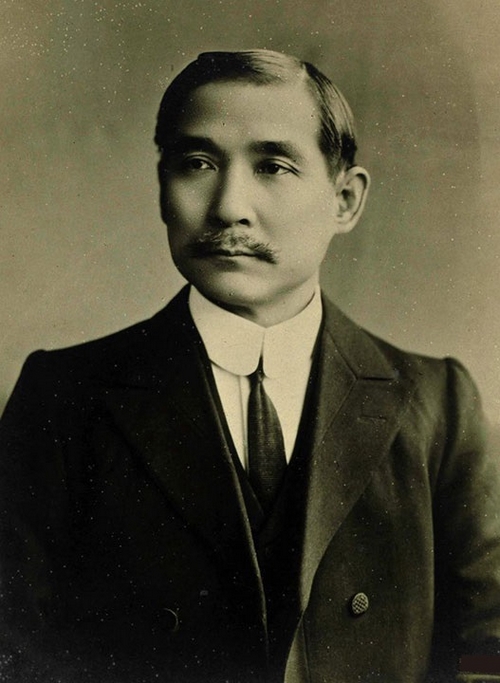 Dr. Sun Yat-sen served as the first provisional president of the Republic of China, established in 1912 following the fall of the last imperial dynasty, prior to the Chinese Civil War and Communist Revolution. While his support of Zionism is well-documented and the letter’s text was previously known, the original signed copy has only now been rediscovered, over a century after it was written.

According to Prof. Gao Bei, an expert on Shanghai’s 20th-century Jewish community, “It is very exciting that this original letter from Sun Yat-sen to N.E.B. Ezra has been unearthed. It is one of the seminal documents that illuminate the Chinese Nationalist government’s early support for the Zionist cause.”

Dr. Sun Yat-sen expresses his support for Zionism in a letter sent to N.E.B. Ezra, 24 April 1920. From the Abraham Schwadron Autograph Collection, National Library of Israel. Click image to enlarge

Full text of the letter

I have read you [sic] letter and the copy of “Israel’s Messenger” with much interest, and wish to assure you of my sympathy for this movement – which is one of the greatest movements of the present time. All lovers of Democracy cannot help but support whole-heartedly and welcome with enthusiasm the movement to restore your wonderful and historic nation, which has contributed so much to the civilization of the world and which rightfully deserve [sic] an honorable place in the family of nations.

The letter has surfaced as part of a major National Library of Israel initiative, supported by the Leir Foundation, to review and describe millions of items in its archival collections, including personal papers, photographs, and documents from many of the 20th century’s most prominent figures. The initiative is part of the National Library’s current renewal, which includes the 2022 opening of its new landmark campus adjacent to the Knesset (Israeli Parliament) in Jerusalem.

Simulated image of the new National Library of Israel, now under construction next to the Knesset in Jerusalem © Herzog & de Meuron; Mann-Shinar Architects, Executive Architect

Recently reviewed internal National Library documentation indicates that the letter has been in its collections since at least 1938, but was never included in the public catalog available to external scholars until now.

How exactly the letter got to the Library remains a mystery, though according to NLI archivist Rachel Misrati, “N.E.B. Ezra passed away in 1936. The fact that the letter arrived in 1938 at latest indicates that – like many Zionist figures of the period – Ezra himself may have bequeathed it to the Library, or perhaps someone came across it after his death and sent it to us after determining that the National Library was its rightful home.” 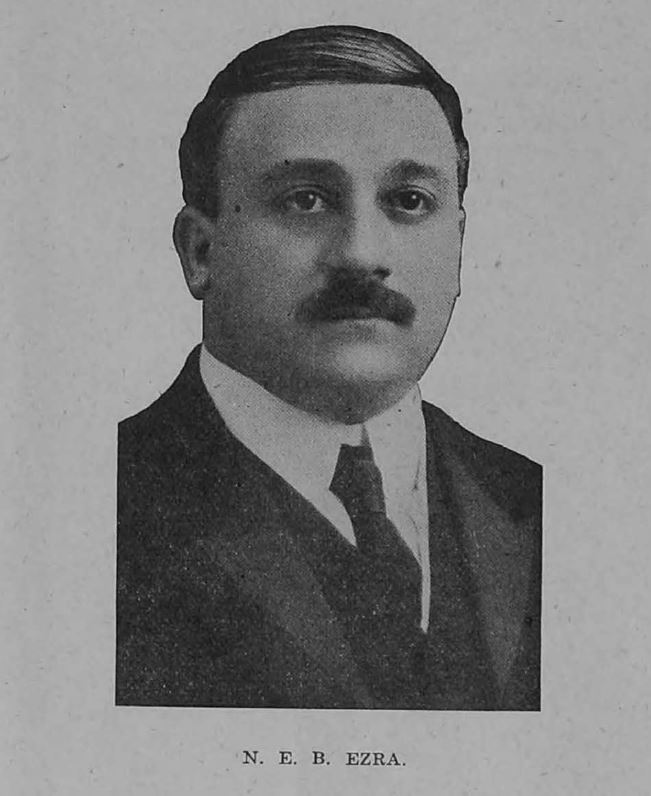 Photo of N.E.B. Ezra published in The Jewish Tribune, 21 December 1917. From the National Library of Israel Digital Collection

Born in Lahore (modern-day Pakistan), Ezra was a Jewish scholar, writer, publisher and activist who lived most of his life in Shanghai. In addition to founding the Shanghai Zionist Association, he edited its mouthpiece, Israel’s Messenger, for decades. Though far removed from the main centers of Jewish life and Zionist activity, Ezra made his voice heard by distributing his newspaper globally and submitting for publication letters and articles on a range of topics including the Jews of China, Zionism, Kabbalah and current events.

Dr. Sun Yat-sen and other members of the Chinese leadership had warm relations with local and international Jewish communities and figures, many of them cultivated during years of exile prior to the ultimate fall of the Qing dynasty. Just one example was Sun’s colorful personal bodyguard and senior adviser, Morris “Two-Gun” Cohen, a Polish-born Jew and an ardent Zionist.

Nonetheless, Sun was certainly not the first or only prominent Chinese figure at the time to publicly support the Zionist movement, with such support stemming from both ideological and practical considerations. 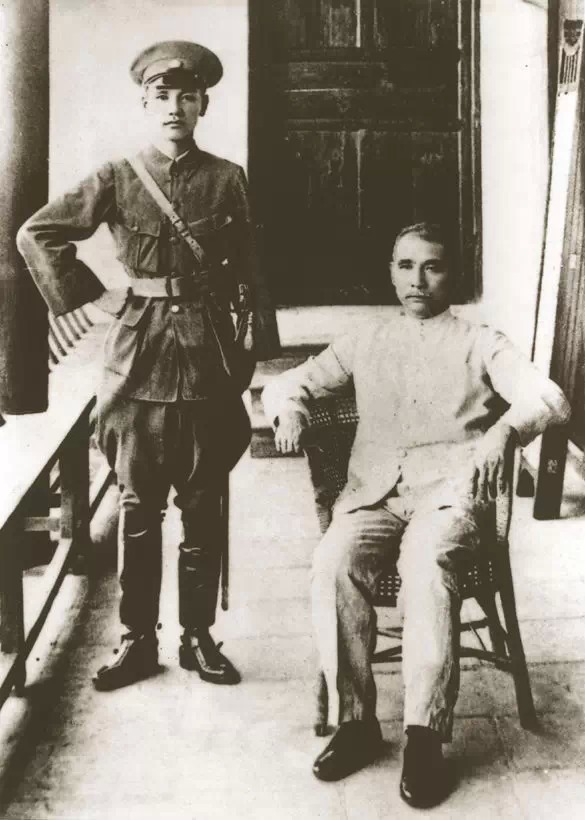 Both Dr. Sun Yat-sen (seated) and Chiang Kai-shek expressed their support for Zionism

In her book Shanghai Sanctuary, Prof. Gao explains that already in 1918, Chen Lu, the Chinese government in Beijing’s vice minister of foreign affairs, wrote a letter to Shanghai Zionist Association chairman Elly S. Kadoorie expressing “personal sympathy” for the movement and that following the Balfour Declaration, “the Chinese government had adopted the same attitude toward the Zionist aspirations as the British…”

After Sun’s death, N.E.B. Ezra and another representative of the Shanghai Zionist Association attended his state burial at the invitation of the Chinese government, further demonstrating that the connection was more than just a personal one. 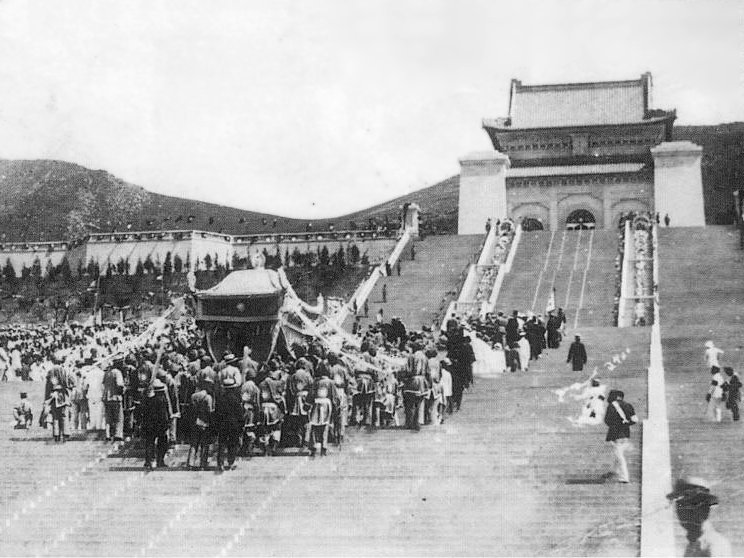 It may seem somewhat surprising that Sun’s letter to Ezra – sent from one Shanghai resident to another – would be written in English.

Yet, according to Prof. Gao, Sun and many other Chinese Nationalist officials during that period were educated in English and were known to employ it as their language of communication, such that even “much of their official correspondence with each other [was] in English.”

It was also certainly in Ezra’s interest that the letter be written in English, so that he could publicize it internationally, which he did, including publication of the letter’s contents in Israel’s Messenger.

Fortunately, the language of the letter also now enables a broad global audience to read it in the original, more than a century after it was written.

This article first appeared on “The Librarians,” the official online publication of the National Library of Israel. Check it out for more stories on Jewish, Israeli, and Middle Eastern history, heritage and culture.

Many thanks to Prof. Gao Bei and Rachel Misrati for their expertise and assistance.