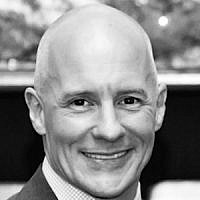 The Blogs
Owen Kirby
Apply for a Blog
Advertisement
Please note that the posts on The Blogs are contributed by third parties. The opinions, facts and any media content in them are presented solely by the authors, and neither The Times of Israel nor its partners assume any responsibility for them. Please contact us in case of abuse. In case of abuse,
Report this post. 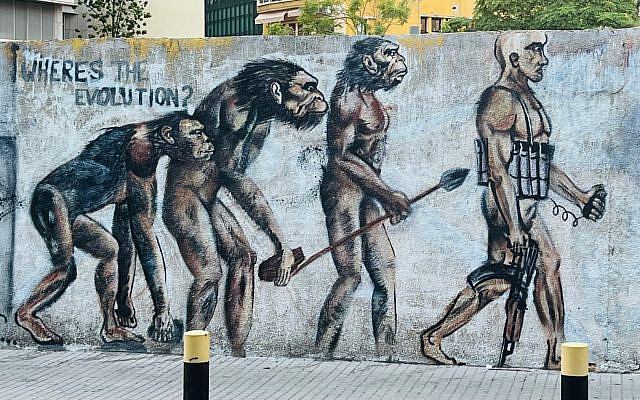 The first Lebanese parliamentary exercise since widespread 2019 protests over government incompetence and corruption have come and gone. Yes, at the polls on May 15, Hezbollah, among others, suffered a bit of a setback (or embarrassment)  – due to its own taking of the Shia community for granted, coupled with allies’ loss of seats – but the balance of power in the country, which has never truly reflected parliamentary majorities, remains unaltered. Not all that surprisingly, a dozen or so political novices associated with the 2019 protest movement rode public frustration into office, but it would be delusional, if not foolhardy, to assume that Iran’s local allies have been chastened. If anything, they have been provoked.

Since the abrupt end to Syrian occupation after backlash over former PM Rafiq Hariri’s assassination in early 2005, for which Hezbollah operatives have, repeatedly, been found culpable, the Party of God has found itself in the parliamentary minority twice before, once after elections in mid-2005 and, again, in 2009. While 2022 elections were not as decisive for Hezbollah’s opponents as were those previous rounds, a clear message of discontent with the status quo has been sent. The question now is how will the group react, and does history tell us anything?

In 2005, left to tend to self-inflicted wounds following Hariri’s murder, Syrian withdrawal and subsequent parliamentary setback, Hezbollah wasted no time in seeking ways to reverse its domestic misfortunes. With the newly elected, western-leaning government focused on technocratic solutions to Lebanon’s myriad political and economic challenges, the group turned southward and to its old bag of tricks for political salvation. The result: the 2006 July or Second Lebanon War.

The Divine Victory – as the party chief Hassan Nasrallah proclaimed the 34-day conflict – left over a thousand Lebanese dead, 15,000 homes destroyed and a million displaced. The point, however, was made: neither a parliamentary majority nor a Syrian umbrella was necessary to intimidate detractors at home or abroad; ironically, within a decade Hezbollah found itself bailing out its former Damascene benefactors. It also didn’t hurt that the threat perceived in 2005 by the proximity of 150,000 U.S. troops in Iraq had diminished with that country’s descent into insurgency by the time of the July War.

Emboldened by its inconclusive yet destructive operations in the south, Hezbollah was ready to turn its sites squarely back on its domestic critics. What began with a stand-off over the composition of the cabinet ended not only with a May 2008 display of force in the capital, Beirut, but also with the capitulation of Hezbollah’s political adversaries to concessions including a 1/3 block in the government, thereby nullifying any parliamentary advantage.

To some, the 2008 internal showdown exposed Hezbollah’s true colors but, to many, its loyalties, particularly since 2005, had never been in doubt. With the group now possessing a veto in the cabinet, parliamentary elections in 2009, while mirroring 2005 results, were of little practical consequence other than to confirm Hezbollah’s spoiler status. The next elections, after multiple postponements, finally occurred in 2018, but by then the leading protagonists in the drama had already carved up what was left of the political pie with Lebanese citizenry left to pay the bill. When the invoice finally came due in 2019, the result was mass protest. While a horrific port explosion in August 2020, combined with an economic crisis with no end in sight, has dampened popular enthusiasm or capacity for prolonged confrontation, there is no doubt Hezbollah, sensitive to its own complicity and reputation, is impatient to shift the narrative and steal, yet again, the political initiative from its critics.

Not missing a beat, since May 15, Nasrallah & Co. have threatened domestic rivals; fanned the flames of tensions in Jerusalem; embraced Hamas and the “axis of resistance”; established new border outposts in the south; directed drones over an Israeli gas rig in a disputed maritime zone; and, with allusions to 2006, further arrogated to itself national security prerogatives that would normally be those of the state. It’s been a busy few months for the group. If history is a guide, the tempo is not likely to abate anytime soon. Next up on the agenda, an October parliamentary vote on succession to President Michel Aoun, whose obfuscation of Hezbollah’s hijacking of the state secured their endorsement of his wasted term.

About the Author
Owen Kirby is a non-resident fellow at the University of Central Florida's Office of Global Perspectives and International Initiatives (https://ucfglobalperspectives.org), and previously served in various capacities at the U.S. Agency for International Development (USAID) and the U.S. Department of State.
Related Topics
Related Posts