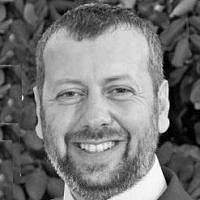 Kohelet (Ecclesiastes) is best understood in the negative space, in the missing voices.

The nihilist can end there, but the biblical postscript does not. It concludes that if creation and consumption are not enough to provide meaning and happiness, then the answer must lie in ideas unwritten. It summarizes them as “fear God and fulfill His commandments.”

We should expand on that, and identify and fill in the unwritten voices.

When Dr. Aviva Cantor lists feminine values and voices, she mentions compassion, kindness and love. These voices are absent from Kohelet’s choir.

This contrasts from the other megillot, which are all written in the female voice.

Esther is about a classic patriarchy becoming more brutal and authoritarian, until Esther manipulates her adversaries’ toxic masculine traits to reverse the trend.

Ruth is an engaging drama with no villains. The patriarch and the disenfranchised widow see each other’s goodness, and greatness.

In Eichah (Lamentations), Jerusalem is the feminine among the cities, brutally savaged by violent enemies.

Shir HaShirim (the Song of Songs) is a love story told by a woman. Rabbi Akiva called the book the holy of holies. Perhaps that’s because it’s a metaphor for a higher love between Israel and God. Or perhaps Rabbi Akiva was conveying that there is nothing holier than mutual love and appreciation between the feminine and the masculine.

Kohelet is in some ways a more sublime version of Esther. Here the feminine voices are truly hidden, while the written voices rush for excitement, try to cheat death, and seek immortality through personal greatness.

It is an appropriate book to read on Sukkot, the holiday of happiness, because it shows that the pursuit of happiness cannot succeed in isolation. On Sukkot we thank God for helping us create and consume. Kohelet reminds us that that’s not enough.

It is left to us to fill in the choir’s missing voices. I’ll start.

When the voice of the worker wonders “what advantage does man get from his work?” the voice of kindness suggests we focus on how our work benefits others.

When the voices of work and pleasure say they feel empty despite building houses and vineyards and acquiring gold and silver, the voice of love suggests they build friendships.

When the impatient voice insists there’s nothing new under the sun, the voice of family reminds him of his grandchildren.

When the despairing voice says “And if a man shall father a hundred children and live many years but his soul is not filled with good he’s no better than a stillborn” the voice of goodness responds. Yes, she says, that’s why we must fill our souls with goodness.

On their own, Kohelet’s written voices add up to nothing. We refute them by reading them, thus proving that we can change the world and create things that last.

We can do even more if we not only read them but also complement, and thus transform, the book’s lonely written voices.

Credits: Rav Yoel Bin Nun and Rav Yaacov Meidan presented the idea of Kohelet as a choir of the pleasure seeker, worker, intellectual and God-fearer. The references to Dr. Aviva Cantor are from her book Jewish Women, Jewish Men.