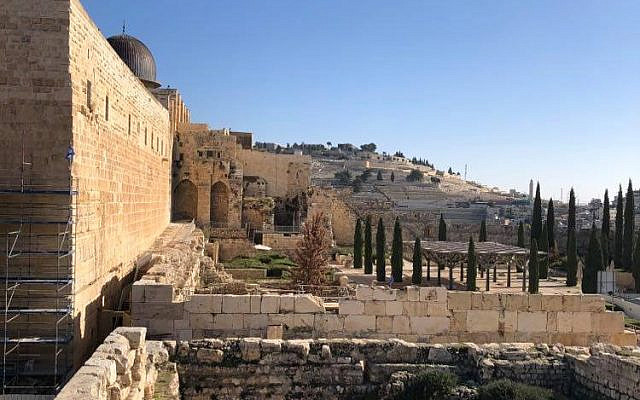 As we commemorate the Fast of the Tenth of Tevet, we must step back and reflect on how we can rebuild Jerusalem.

What happened on the Tenth of Tevet?

And in the ninth year of his (Zedkiah’s) reign (587 BCE), on the tenth day of the tenth month (Tevet), Nevuchadnezzar moved against Jerusalem with his whole army. He besieged it; and they built towers against it all around. The city continued in a state of siege until the eleventh year of King Zedekiah. By the ninth day of the fourth month, Tamuz, the famine had become acute in the city; there was no food left for the common people.

The siege of Jerusalem and the surrounding cities lasted for a year and seven months ultimately culminating in the destruction of the First Temple in the Fifth Month (Av), 586 BCE.

Sixty-eight years later, in the year 518 BCE, as the Jews were returning to build the Second Temple a question was asked (Zecharia 7:3):

Shall I weep and practice abstinence in the fifth month (on Tisha B’Av, The 9th of Av) as I have been doing all these years?

Zecharia received the following prophecy to relate back (Zecharia 7:5-6):

Say to all the people of the land and to the priests: When you fasted and lamented in the fifth and seventh months (Tisha B’Av and Tzom Gedalia) all these seventy years, did you fast for My benefit? And when you eat and drink, who but you does the eating, and who but you does the drinking?

Execute true justice; deal loyally and compassionately with one another.

According to Radak this means that when judging cases between two litigants, you must always execute true justice and at times, you must extend yourselves beyond the letter of the law with acts of benevolence and mercy.

Do not defraud the widow, the orphan, the stranger, and the poor; and do not plot evil against one another.

Zecharia is describing what was done wrong in the past and what needs to be fixed.  The importance of these fast days is not about refraining from eating and drinking but rather about basic behavior that was not followed the first time around leading to the destruction of the Temple and exile. Now is the opportunity to fix this behavior.

Many of the issues that Zecharia describes are still with us today. We have problems in our courts as well as poverty and unfair treatment of certain segments of the population.

Covid-19 has exacerbated many of these issues. Couples who are about to be divorced are not able to complete the process since the courts are being closed down due to lockdowns. This is causing a lot of needless anxiety.

Since the government has still not approved a budget and prefers to announce new elections, those who live under the poverty line have not been allocated the money that is due to them.

In addition, many Israelis have been out of work for months but not everyone works in a category that is eligible for unemployment.

These issues must be rectified. Those with the power should not be taking advantage of those who are at their mercy.

Let’s see what we can do about correcting these mistakes. Only then can we stop fasting, start feasting and truly rebuild Jerusalem.