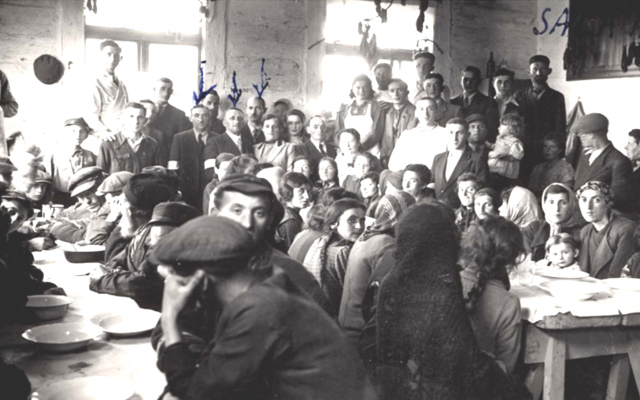 We often think of the Jews as helpless victims because we often teach the Holocaust from the point of view of the big powers: the Nazi perpetrators and the American liberators. We see what the liberators saw – the anonymous, emaciated bodies of Jewish victims of Nazi horrors. We speak the names of the Nazis, talk about what they did, but the Jewish names, the Jewish stories, the Jewish voices are often lost.

The characterization of Jews as helpless victims leads us, and our children, to discount the strength not only of our ancestors but also of ourselves. On the other hand, when we teach the Holocaust from the Jewish perspective, we see that we have great strength, even if it does not always save us. In fact, the Jewish stories of the Holocaust highlight the very values of Judaism we want to teach our children: the importance of faith, of inner strength, of community, of tzedakah, and of gimilut chasadim.

When we teach the Holocaust from a Jewish perspective, we see the horror – the restrictions, the humiliations, the abuse, the murder – but we see something else as well. I like to call this what the Nazis didn’t know. The Jews resisted in all kinds of ways, both physically and spiritually. Every ghetto had hidden synagogues and hidden schools. Quiet services were held between the bunks in the concentration camps.

Jews helping other Jews was forbidden, but every survivor’s story includes a story of someone who helped them. Jews helped each other in organized ways, through soup kitchens and aid organizations, and in small, personal ways, often at great risk to themselves.

As Livia Bitton-Jackson says of the account of her time spent in Auschwitz-Birkenau, there are stories “of gas chambers, shootings, electrified fences, torture, scorching sun, mental abuse, and the constant threat of death,” but there are also “stories of faith, hope, triumph and love. They are stories of perseverance, loyalty, courage in the face of overwhelming odds, and of never giving up.”[1]

We must pass on both of these stories. Teaching the Holocaust to our children is “a sacred act that elicits a double mandate – to expose the depth of evil and to raise goodness from the dust of amnesia.”[2] “If we remember solely the horror of the Holocaust,” if this is all we teach our children, then “we will pass on no perspective from which … to confront and learn from that horror.”[3] If we ignore the stories of how people helped each other, “if the hard and fast evidence of the possibility of good on Earth is allowed to slip through our fingers and turn to dust, then future generations will have only dust to build on.”[3]

You can find out more about teaching the Holocaust from a Jewish perspective at www.TeachTheShoah.org.