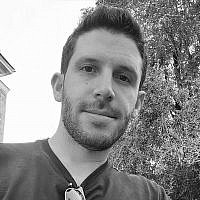 The Blogs
Nitzan Hamburg
Apply for a Blog
Advertisement
Please note that the posts on The Blogs are contributed by third parties. The opinions, facts and any media content in them are presented solely by the authors, and neither The Times of Israel nor its partners assume any responsibility for them. Please contact us in case of abuse. In case of abuse,
Report this post.

If the children of protagonists from the Tanakh were to come to the Rabbinate branches near their homes in modern Israel, they would be rejected outright and registered as “psulei hitun” – people forbidden by Halakha to marry – because their mothers were not Jewish.

The long list includes: all the sons of Jacob, who were born to Aramean women and Gentile handmaidens; Gershom and Eliezer, the sons of Moses and Zipporah the Midianite; Absalom, the son of King David and Maacah the Geshurite; And Rehoboam, king of Judah and the son of King Solomon and Naomi the Ammonite.

The reason for determining a person’s Jewishness according to his mother dates back to the time of Ezra and Nehemiah, who ordered the banishment of Gentile women, but its origin is often attributed to the Halakhic interpretation in the Gemara (Babylonian Talmud, Kiddoshin, 68, 2) of the verse: “Do not intermarry with them. Do not give your daughters to their sons or take their daughters for your sons, for they will turn your children away from following me to serve other gods” (Deuteronomy, 7:3-4). This verse is addressed to the Israelites in order to avoid assimilation into the seven nations of Canaan (the Hittites, the Gershites, etc.).

However, in Hebrew this verse is not clear enough from a linguistic point of view, since it would be more likely to be written “כִּי תָסִיר אֶת בִּנְךָ מֵאַחֲרַי” in grammatical feminine gender instead of “יָסִיר” in masculine gender. Therefore, since it is not possible to understand unequivocally, it is just requested that we do not pin all of our destiny on it. Likewise, there is also a case in the Gemara that establishes Judaism according to the father, in which Rav Assi believed that the son of a Jewish father and a Gentile mother is considered a Jew (Babylonian Talmud, Yevamot, 16, 2).

In any case, as of today, according to the Orthodox Halakha, a Jew is someone who was born to a Jewish mother or who converted according to the Halakha. But the Halakha as it is – holekhet – goes forward and changes with time. It is in constant dialogue with reality. Even if sometimes it seems that the Halakha is stuck somewhere in the days of the Talmud or at the latest in the days of The Author of “Shulchan Aruch”, this is not the case, and it is required to develop and provide answers to modern innovations and technological challenges.

Halakha has principles and laws that give it the possibility to answer and examine the progressive and changing reality. Our Sages themselves said that the Tanna’im, i.e. those who rule based on their knowledge of Mishnayot, “erode the world” (Babylonian Talmud, Sotah, 22), that is, destroy. Moreover, no serious Posek today will rule from the Gemara, not even from the Rambam’s writings. Rabbis not only have the authority to apply changes according to the needs of the current times, but also the duty to do so.

Considering this, why doesn’t the Israeli leadership validate the wording of the Law of Return and the section defining who is a Jew? The current wording states that a Jew is “one who is born to a Jewish mother or who converts, and is not a member of another religion.” What a mess in one sentence that mixes ethnic identity with spiritual ideology.

The origin of the title “Jew” is in the definition of those whose geographic origin is from Judaea (or the historical Land of Israel). That is why it is more appropriate for the wording to be: “A Jew is one who was born to a Jewish parent”. Thus, that American/French/Russian/British citizens with Jewish origins will have the right to return to his historical homeland. This, regardless of his beliefs, conscience or opinions.

In fact, as strange as it may sound, a Jew can theoretically be an atheist, a Christian or even a Muslim. Spiritual ideology can be converted every single day, but belonging to the people of Israel cannot be changed, and is innate. Already in the Gemara it was written: “Israel has sinned; even though he has sinned, he is still Israel” (Babylonian Talmud, Sanhedrin, 44). Meaning – even a Jew who rejected his religion still has a place with the people of Israel.

Why did I write “Jewish parent” in the wording I proposed for the Law of Return and not just a mother, as the Halakha recognizes? Even if we forget about the fact that all along the Tanakh supports the lineage of the “Seed of Israel” or the “Holy Seed”, and about that throughout a person’s ethnic affiliation is determined by his father, there is no longer any advantage for a Jewish mother in this case.

First, it is almost certain that the Jewish mothers know who the father of their children is, and this rule may even harm their dignity, as if they are sleeping with so many other men, that they are not sure. Second, in light of today’s genetic technology, assuming that there is indeed doubt as to the identity of the father, there is the possibility of paternity testing.

It can be considered that even if a certain person reveals that he is “only” the grandson of a Jew, that is 25% of his origin is Jewish, the State of Israel must recognize him as a full-fledged Jew, if he sees himself that way. It is written about the Edomites and the Egyptians: “The third generation of children born to them may enter the assembly of Lord” (Deuteronomy, 23:9). That is, the third generation has an ancient validity already in biblical times.

We should not go too far in the matter of “Jewish race” and “Jewish blood”, although even David Ben-Gurion tended to use the latter. Jews, despite their diverse origins, do share in some way common genes and especially diseases predisposition, but this is not a human race separate from the rest of the nations of the world, and there is no a real Jewish type as the antisemitic cartoonists of the Nazi propaganda might have dreamed of.

According to the Pew Research Center, about 61% of American Jews have married a non-Jewish partner in the last decade. According to a survey conducted this year by the Israel Democracy Institute, about 26% of the Jewish public in Israel already consider as Jews those born to a Jewish father and a non-Jewish mother.

Also, Reform Jewish communities around the world have already allowed a child of such a family to be able to identify as a Jew for all intents and purposes. Precisely at this point, the orthodox Halakha must step into its shoes and rule in a similar manner and demonstrate how ready it is to adapt to the changing reality, as it claims to be (at least in the past).

I’m not naive and I’m aware that the Orthodox religious will not accept such a step, but this is the need of the hour. Right under our noses is taking place a process which is usually defined as a “silent holocaust”, which is biting into the people of Israel and slowly erasing them.

Millions of Jews are swallowed up between the different nations and disappear like sand between the fingers. Recognizing Jews on the father’s side and grandchildren of Jewish origin will allow us to save the Judaism of millions of our people, to allow them to immigrate to Israel and start a family there, and also to take an active role in the destiny of the people of Israel. In 50 or 100 years we can only regret what we had in our power to do and didn’t do.