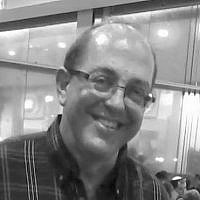 The Blogs
Asher Zeiger
Apply for a Blog
Please note that the posts on The Blogs are contributed by third parties. The opinions, facts and any media content in them are presented solely by the authors, and neither The Times of Israel nor its partners assume any responsibility for them. Please contact us in case of abuse. In case of abuse,
Report this post.

In recent years, I have been repeatedly saddened when friends of mine abandoned their religious lifestyle upon publicly acknowledging their homosexuality.

It is not their sexual orientation that saddens me, nor their choice to embrace it. On the contrary, I admire and respect the courage and self-awareness that it takes for anyone to willingly face a largely gay-unfriendly world in order to be true to themselves. Rather, what upsets me is the seemingly inherent assumption by religious and secular, gay and straight alike, that being openly gay precludes being religious.

While this may sound naive at best and ignorant at worst, I cannot for the life of me understand why homosexuality is the target of the kind of hatred and vitriol otherwise reserved for only the sleaziest of pedophiles and the fans of arch-rival sports teams.

Of course, I am fully aware of the biblical injunction against homosexuality, and as a Torah-believing Jew, I accept that injunction as Jewish law. But why is this mitzvah different from all other mitzvot?

It’s not as though religious observance is “all or nothing.” The Torah gives us 613 mitzvot to fulfill, only 369 of which can be kept without the Holy Temple. I have yet to meet the Jew who fulfills every one of those 369 commandments. As an Orthodox rabbi once told me, God does not expect anyone to keep every one of the Torah’s mitzvot, because nobody can. We are human, and as such we have our shortcomings and failures. Our goal is to keep as many mitzvot as we can, and when we reach that “upper limit,” to push for one more, and then another. It is a lifetime quest that can never be completed and will always give more to strive for.

Perhaps homosexuality is so deeply hated because the Torah makes it a capital crime. The book of Leviticus says that “A man may not lie with another man as he lies with a woman” (18:22), and that the penalty for doing so is death (20:13).

But the Torah also prescribes death for some 25 other transgressions, including — to name but a few — cursing one’s parents (Exodus 21:17), ignoring the Torah-based rulings of a judge or court (Leviticus 17:12), and violating the Sabbath (Exodus 31:14, among other places). Yet, we don’t ostracize people who curse their parents or were held in contempt of even a Jewish court. 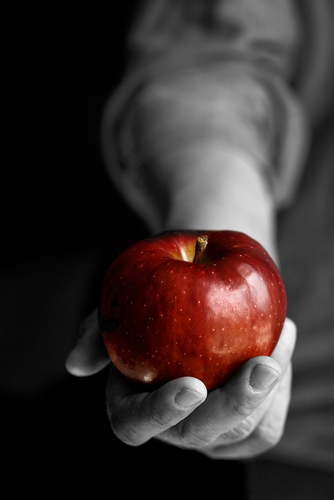 We are human, and as such we have our shortcomings and failures.(sin image via Shutterstock)

In Israel, it is common to see people attend an Orthodox synagogue on Shabbat morning, and then spend the afternoon at a football game or the beach. That they do not observe Shabbat in an Orthodox manner does not keep them from receiving honors such as being called to recite the blessings on the Torah.

But should an openly gay couple enter and attempt to join the services, I shudder to think of the communal response.

Perhaps homosexuality (and those who practice it) is so hated among religious communities because the biblical word used to describe the act (not the practitioners) in Leviticus 18:22 is to’eva, which is most commonly translated as “abomination.”

But there are several transgressions referred to as to’eva by the Torah. To eat any of the animals, fish and birds listed as unkosher (Deuteronomy 14) is considered a to’eva, as are dishonest business practices (Deuteronomy 25:13-16). And yet, the same synagogues that (rightfully) accept worshipers who eat non-kosher food for some reason draw the line at homosexuality.

And while there is no shortage of dishonest businessmen who wear kippot and continue to see themselves as part of a religious community, once a person openly acknowledges that he (or she) is gay, the kippa usually comes off the head, and associations with the world of Orthodox Judaism come to a screeching halt.

And this is where I take issue – with both sides.

Gays who were “Orthodox” before coming out of the closet are doing both themselves and the religious world a disservice when they abandon all religious practice and observance. After all, whatever brought you closer to God and His laws before your sexual orientation was an “issue” did not magically disappear with the opening of the closet door.

Yes, the Torah forbids homosexuality. But there is far more biblical text devoted to Sabbath observance, business dealings, unleavened bread on Passover, and a litany of sexual improprieties, than the couple of verses that discuss homosexuality.

Nobody’s relationship with God should be defined by the mitzvot that they do not keep. Those who do not keep many other mitzvot are (hopefully) accepted as equal members of the Jewish community — with a handful of exceptions made for those whose violations have seriously harmed other people. So why can we not see and accept homosexuals in the same way that we see and accept Jews who do not observe the Shabbat and festivals, or do not eat strictly kosher food?

Maybe the problem lies in the inability of most heterosexuals to understand homosexuality in the same way that we can relate to the attraction of, say, driving to the beach on Shabbat, or eating whatever and wherever we wish. And don’t get me started on the appeal of just giving in to our basest natural sexual urges.

But we don’t “get” homosexuality in the same way, and all too often, the natural reaction to what people cannot understand is to attack, belittle and invalidate. It is as though by delegitimizing it, people are absolved from having to understand, let alone accept it.

Ideally, gays who abandoned religious life because they saw it as irreconcilable with Torah Judaism will come back – at least to the elements of religious observance that once did speak to them. Those elements are still there, and they’re still relevant.

More importantly, it is time for more of us in the Orthodox world to accept gay Jews as we do others who, like us, do not — and cannot — keep all of the mitzvot. As a Facebook friend of mine posted just this evening: Don’t judge someone just because they sin differently from you!

As a religiously observant person who does believe in God, making sure I’m OK in His eyes, and that I’m living my life in the best way possible, is already a full-time job with which I struggle.

Who am I to tell others what they should or shouldn‘t do?