As we all know, divorce is more and more prevalent in our society today.  It affects so many in our lives beginning with ourselves as divorcees, the children, our external families and our friends.  It is often a decision that has been mulled over for months and even years before it is taken.  Parents tend to be so occupied with the issues it raises for them, that it’s hard for them to focus on how it affects their kids.  Breaking up a family means breaking up a home, friendship circles and usually ties that their extended family has with their spouse.  Parents have to make decisions over what they must do to take care of themselves while considering the impact on the kids.  Younger kids have their own issues with reconciling the new reality but since my forte is teens.  I will focus on that. 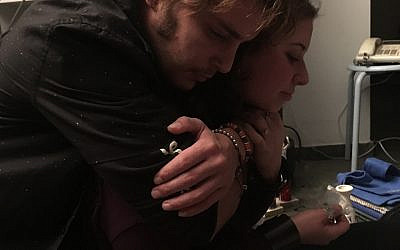 I have been reading about the effects of parents splitting their kids into 50% living arrangements and have read different opinions on the subject.  I actually know a family who rented a separate apartment and they were the ones who moved back and forth instead of the kids.  This might sound impossible but in this case, it gave the kids the stability they needed and they have grown up to be well adjusted young adults. This entails a tremendous sacrifice on the part of the parents but may also avoid serious issues in the future. Recently, I was approached to work with a family whose parents divorced over a year ago.  The school had contacted the parents due to the fifteen-year-old daughter admitting to having suicidal thoughts. Having helped the mother and son resolve the problem they had been dealing with over control sparked by the father telling his teenage son he was now “the man of the house,” the mother turned to me to assist with her daughter.

The first issue we discussed was the challenge of the father’s decision to move out of the city where the children had been raised, finding it too hard to live so close to his ex-wife.  Whereas the younger siblings seemed less affected by this move, the teens, particularly the fifteen-year-old daughter was devastated.  Upon choosing to move away from the original hometown, the father pulled the teen away from her friends, which for most teenage girls is an extended family.  She was forced to decide between spending time with her father and her siblings when they were with their dad or her friends. She felt guilty about not wanting to stay over her father’s new home but couldn’t bear the loneliness of being separated from her friends.

Making the situation even more unbearable, the father often transferred his negative feelings about the mother on to the daughter, frequently comparing them.  There was so much anger on the father’s behalf toward the mom that he constantly told his daughter “I hate when you do that. You are just like your mother!”.  He would also disclose negative thoughts and feelings he was having about his own emotional stability to his daughter, turning to her for support as one does a spouse.  It was no surprise that she began falling apart, unable to even see her father, let alone live with him half of the time. She explained that she felt like he was the kid and she was the parent.

It was obvious that the process of reconnecting needed to be a slow one.  The daughter needed to feel that it was her decision as to when and for how long she would feel comfortable re-engaging with her father.  We began by drafting a letter expressing what she needed in order to reconnect with him.  I assisted him in responding to her letter in a way that would help her to feel heard.  After this process, she agreed to join him and her siblings for a weeknight dinner, where I encouraged him to prepare her favorite meal. The evening went well and she has since agreed to join him for family dinners once a week for now. After explaining to her dad that not only did she need the security of her friends, she also needed the stability of her room and “her things,” the father understood and no longer insists on her time being split equally.  We discussed his decision to move to another city and I explained that if he stayed near mom it might have thrown him into a much sadder place and again she would feel like she needed to be the reassuring parent.  She seemed to understand and accept that. Our next step will be the drafting of another letter explaining what he had said and done that made her feel uncomfortable and might be creating more concerns about reconnecting with him.  The letter we anticipate will help him to understand what effect his actions had on her and what needs to be avoided in the future.

After only a month of working together this is what she had to say: “Working with Tracey helped me and my family so much, the mental pain I was suffering from she took care of and in a month the cause of it was gone. She helped me open up to family members I had a hard time talking to and made sure I was going home to a safe and healthy environment. Thanks to her I can finally live a basically normal teenage life, and not have to worry about stuff that it wasn’t my job to worry about.”

I don’t think that all family issues can be solved as quickly as this one was but with open-minded and sympathetic parents anything is possible.  Yes, I fully believe that everyone must put themselves first; as they say, “A happy mom equals a happy family”. Maybe that goes for dads too.  But as we know, knowledge is power.  When considering divorce and its effect on our children, we first have to establish open lines of communication, remember that they are the children and we are the parents, be guarded over what we choose to share and if at all possible, stay close enough to their original hometown so that the kids can continue their lives as normally as possible.

If your teen or someone you know is in need of help to reconcile their family issues and relationships feel free to have them contact me for a free initial consultation.