From the hills of Jerusalem, we are seeing with our own eyes the signs of climate change in the ecology of Israel. As the Times of Israel reported yesterday, “Record-breaking heat wave hits Israel, sparks brush fires.” The Israeli Meteorological Service stated that the Habesor station in the south of Israel recorded a temperature of 44.3°C (112 F), the highest recording there since the IMS began measuring there in 1975. Beyond the headlines of the political, national, and religious tension in this land, a much bigger phenomenon has impacted Israelis and Palestinians alike. With 2014 ranking as the earth’s warmest year on record[1], the weather over the past year has been somewhat abnormal, which aligns with how scientists predict climate change will impact this region.

Faith communities and interfaith environmental cooperation can help address the climate crisis. In the Holy Land, passion runs deeply for holy sites and questions of who controls what land. But a deeper question is: can we live and create a reality in which people will care so much about the land itself, this planet, and the future of everyone living on it that they will devote themselves to ensuring that it stays in balance? We hope and pray that we can.

Tracing Climate Change Over the Past 18 Months

The winter of 2013-2014 was marked by unusually dry weather but interrupted by two powerful storms. First, December 2013’s winter storm Alexa garnered worldwide attention when Israel received its heaviest December snowfall since 1953 (and Cairo its first snow in more than 100 years!). Jerusalem’s Mayor Nir Barkat remarked about the storm, “In my 54 years I don’t remember a sight like this; such an amount I cannot recall.” 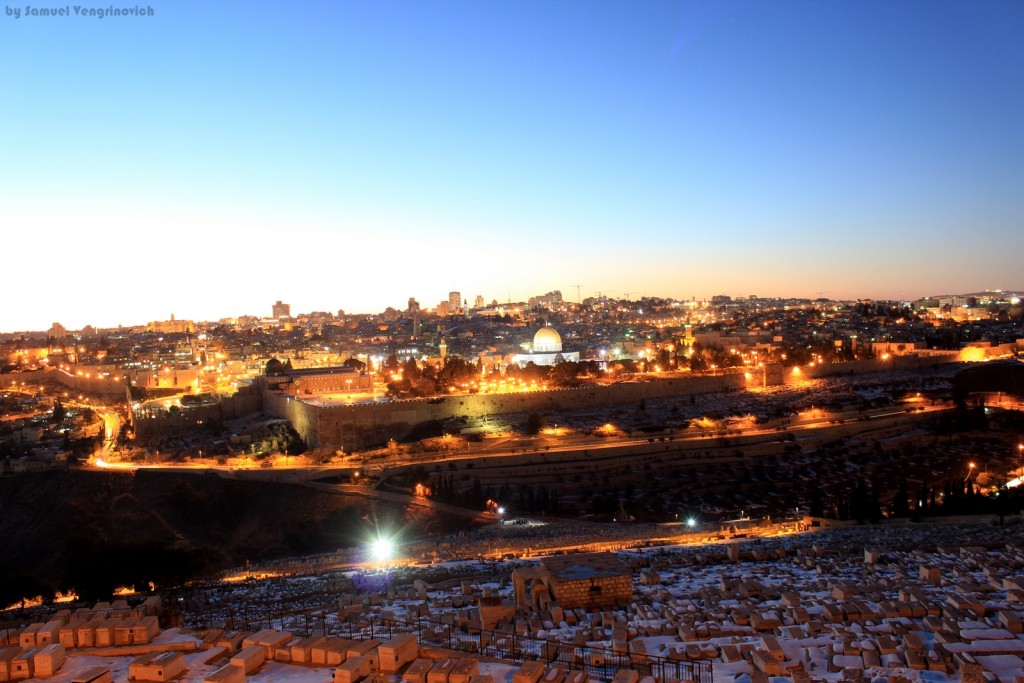 Torrential rains followed, causing discomfort for some and unbearable devastation for others. Food and relief agencies, for example, were unable fully to meet humanitarian demands of refugees. But from small-scale challenges like local power outages to large-scale inconveniences such as a temporary ban of tankers from crossing the Bosphorus Strait, the effects of Alexa were felt in the entire Eastern Mediterranean basin. 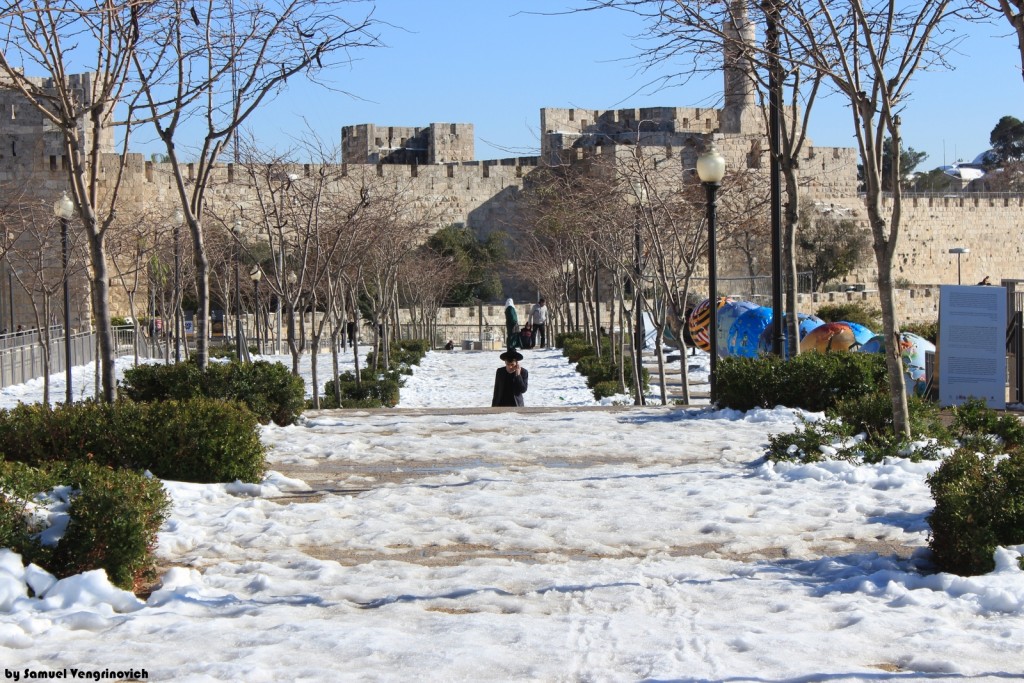 Five months later, heavy downpours made May 8th the wettest day in May in Israel’s history. Hundreds were stranded on highways; flash flooding prompted Route 90 to close in areas along the Dead Sea; and massive flooding ensued in Gaza and the Negev. In the south, Arad received 44 mm of rain – 40 times its average for the time of year; and in the north, the Sea of Galilee rose 25 mm (one inch). In 2013, there was virtually no rain in November, while this year the Israel Meteorological Society reported that November 2014 has delivered more rain to central Israel than any other rainy season in the last two decades. 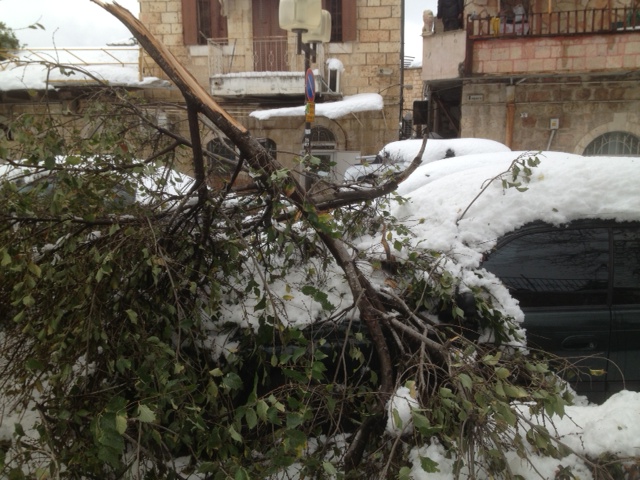 What This Can Teach Us

What can we learn from such seemingly irregular weather occurrences? The unusual patterns of precipitation in Israel and the wider region serve as evidence of global climate change unfolding before our eyes. Extreme weather events are consistent with the Intergovernmental Panel on Climate Change’s (IPCC) predictions. And contrary to what torrential storms might suggest, the Mediterranean Basin has actually experienced a warming and drying trend since the 1960s, a phenomena also in alignment with the IPCC’s expectations.[2]

The Holy Land, a land as real and susceptible as any other, is experiencing changes in step with the rest of the globe: in the midst of the drying trend, precipitation events are becoming less frequent but more intense. What is contributing to this phenomenon? Humanity’s industrial activities have exacerbated the greenhouse effect, which has increased levels of water vapor in the atmosphere. When the conditions are right for precipitation, there is an increased amount of water vapor waiting to come down.

Dr. Eric Chivian, Founder and Former Director of Harvard University’s Center for Health and the Global Environment, explains in this letter published in The New York Times how these irregular weather patterns are all interconnected: “In recent years, after other extreme weather events like Typhoon Haiyan, one of the strongest storms ever recorded, scientists are always asked, ‘Has climate change caused this?’ And the answer is generally some variation of ‘perhaps, but we can’t be certain.’ The right answer, but the wrong question. In a medical emergency, no physician ever waits for absolute proof of diagnosis before starting treatment, for to do so is to run the risk that the patient will become seriously, and perhaps irreversibly, ill, and may die. The greater the emergency, the more physicians rely on an accumulated body of evidence, on recognized patterns of disease… We must learn from the practice of medicine to recognize the accumulating signs and symptoms of climate change as it unfolds before our eyes, and to act before it is too late.”

What does it take to act before it is too late, before our planet becomes seriously, perhaps irreversibly, ill? With climate change already a very present reality, a primary task is to prevent its further progression. In our interconnected world, each country has a role to play. In November, the U.S. and China set unprecedented goals to reduce emissions, since they alone produce about 45% of the world’s carbon dioxide. Their move added momentum to a global deal of reducing emissions after 2020. 196 nations agreed on a voluntary plan to limit emissions in Lima, Peru last week, and this awaits finalization in Paris in 2015.

Yet the plan put forth in Lima to limit emissions will not ‘solve’ the problem of climate change, since it does not plan to cut emissions at anywhere near the rate that scientists say is the threshold beyond which dramatic climate disruption is likely to occur.  Therefore, we as individuals and as communities must consider our roles in the problem, strengthen our resolve to take substantive action so that our children can inherit a livable planet.

This post was co-authored by Chelsea Revell. Chelsea   is on staff at Jerusalem University College (Jerusalem, Israel), where she works with Ancient & Modern Middle Eastern academic resources. On the side she volunteers with the Interfaith Center for Sustainable Development, a Jerusalem-based NGO that promotes peace and sustainability through educational means.

Photos are courtesy of Samuel Vengrinovitch.

[1] According to separate analyses by NASA and NOAA scientists.