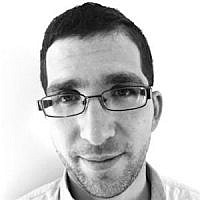 The Blogs
Yosef Rabin
Apply for a Blog
Please note that the posts on The Blogs are contributed by third parties. The opinions, facts and any media content in them are presented solely by the authors, and neither The Times of Israel nor its partners assume any responsibility for them. Please contact us in case of abuse. In case of abuse,
Report this post. 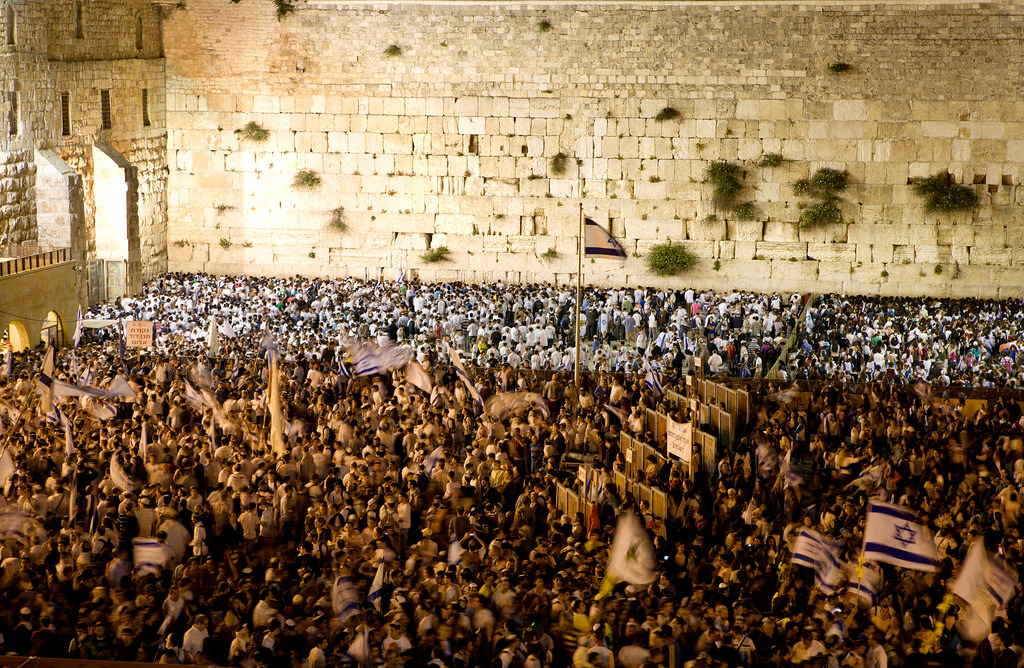 (Noam Chen for the Israeli Ministry of Tourism)

I would like to open this discussion with a very important point, in order that this article not be taken out of context. Any Jew born to a Jewish mother is a Jew – period! I am writing this piece to bring clarity to the ongoing “Kotel War” and will try to discern what the struggle is and what it isn’t.

Truth be told, this is not really a fight over women wearing Tefillin or men and women praying together without a mechitza (separation barrier). The discussion is actually much more profound. Perhaps out of loyalty to “political correctness”, everyone is avoiding it. The primary question is; can we consider the Reform Movement a Jewish sect, within the framework of the “70 Faces to the Torah”? Or should we categorize the Reform Movement as a distinct religion from Judaism?

Before I go any further, I would like you to again reiterate my first point, “Any Jew born to a Jewish mother is a Jew – period!” I am not questioning the Jewishness of any Jew who belongs to the Reform Movement, however, I would like to cast doubt on the legitimacy of that Movement’s Theology.

If a Jew were to “convert” to Christianity or Hare Krishna, the Torah would still view him/her as a Jew (albeit a bad one). That Jew is still obligated to keep all the commandments and can never escape his true identity. On the flip side of the coin, the “conversion” does not turn the adopted religion into Judaism by virtue of the “conversion”. The same holds true for the Reform Movement. 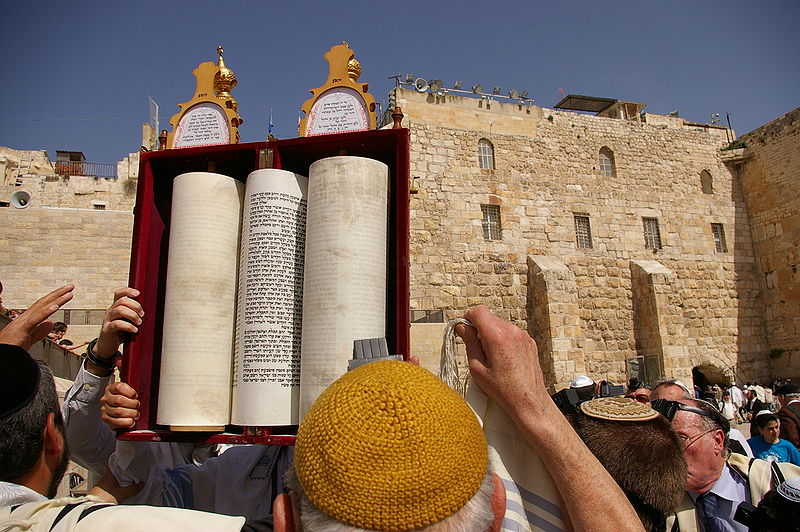 If I could try to encapsulate Judaism in a single sentence, I would choose the verse: “The Torah Moshe commanded to us is the legacy of the congregation of Jacob” (Deuteronomy 33:4).  In fact, this is one of the very first verses, we teach to children and I still remember my mother singing it to me as a young child. We immediately begin to instill within our children that the Torah and all of its laws and ordinances are our sacred and eternal responsibility.

Throughout the ages, Jews have tried their best to uphold the Torah and the divine covenant, as we collectively declared at Mount Sinai: “All that God has spoken, we shall do” (Exodus 19:8). However, as I will document, the Reform Movement completely denies both the validity and the divinity of the Torah.

What does the Reform Believe?

I would like to begin by reviewing the “Principles for Reform Judaism”, as they are stated on the website of the Reform rabbinical body called CCAR – Central Conference of American Rabbis.

“We hold that all such Mosaic and rabbinical laws as regulate diet, priestly purity, and dress originated in ages and under the influence of ideas entirely foreign to our present mental and spiritual state. They fail to impress the modern Jew with a spirit of priestly holiness; their observance in our days is apt rather to obstruct than to further modern spiritual elevation.” — 1885 Pittsburgh Conference

“We are committed to the ongoing study of the whole array of mitzvot (commandments) and to the fulfillment of those that address us as individuals and as a community. Some of these mitzvot, sacred obligations, have long been observed by Reform Jews; others, both ancient and modern, demand renewed attention as the result of the unique context of our own times.” — 1999 Pittsburgh Convention

While the Reform Movement has certainly softened its language between 1885 and 1999, the message has essentially stayed the same. We will pick the commandments that are relevant to our lives, while discarding those, which do not find favor in our eyes. In stark contrast, however, the Torah states that holiness is derived from the eternal observance of all God commandments by the Jewish People.

“They shall make for themselves fringes on the corners of their garments, throughout their generations… So that you shall remember and perform all My commandments and you shall be holy to your God.” (Numbers 15:38-40).

“But keep My Sabbaths! For it is a sign between Me and you for your generations, to know that I, the Lord, make you holy… for whoever performs work on it, that soul will be cut off from the midst of its people.” (Exodus 31:13-14)

The Torah constantly reminds us that our status as “a kingdom of princes and a holy nation” (Exodus 19:6)” is contingent upon the previous verse “if you obey Me and keep My covenant” (ibid, 19:5). There is no time limit and the Torah is an eternal truth “throughout their generations.”

Reformism and Judaism; Not the Same Thing: 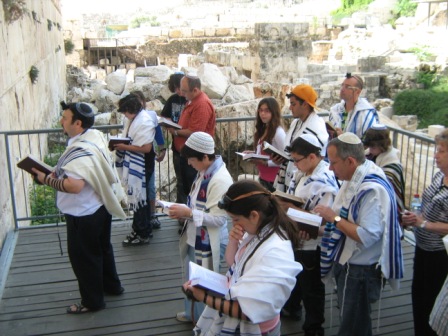 Upon further investigation of Reform beliefs, it becomes clear that they not only challenge the eternal nature of the Torah’s commandments, but even question the existence of God.  Contained within the “Rabbinic Commentary on the Principles for Reform Judaism” are statements, which simply defy the Jewish imagination.

On belief in God: “Reform Judaism does not command common belief… There is room in Reform Judaism, then, for a variety of understandings of God’s reality, including individuals who are not sure whether they believe in God or think that they do not believe in God.”

On Observance of Commandments: “The classic notion of God commanding us – it seems so frontal, so authoritarian, so hierarchical… To others, we may respond, I cannot do this act – in terms of my present moral or communal understanding it seems meaningless, or even wrong.”

On the Temple: “The Jewish holiness of the Temple Mount is due to its historic significance and not to any hope for rebuilding the Temple, reestablishing sacrificial rites, or restoring any future Jewish worship”  (Resolution on the Temple Mount – October 27, 2015)

There is no doubt that in light of these writings (among many others)  the Reform Movement cannot be categorized, as a Jewish sect. Can anyone stand before his creator and declare in regard to His commandments: “I cannot do this act” or that they are” meaningless or wrong”?  The Reform could be best described as a non-Jewish movement, comprised and officiated by Jews.  Just because Jews have banded together to create a new theology does not make that theology a Jewish one.

It is for this reason that the Chief Rabbinate in Israel and the religious parties (Haredi and Dati) in the Knesset are fighting tooth and nail to keep the Reform Movement away from the Kotel. If Israel would give formal recognition to the Reform Movement, then why couldn’t Jews for Jesus also demand recognition? After all the members of J4J are Jewish as well, so perhaps their theology should also be seen as legitimate?

It would appear that as the Reform pews and coffers empty out, due to mass intermarriage, (also blatantly against the Torah), they need a cause to stimulate their dying movement. Anat Hoffman, a Reform leader of the Women of the Wall admitted during a BBC interview back in 2013, that the Kotel battle is really about provoking people to question traditional Judaism. (See video from 2:36)

I would urge the Reform Clergy to find another cause and leave the Kotel and Israel alone. Furthermore, I call upon all my Jewish brothers and sisters who are members of this new religion called Reform to find their way home and proudly declare: “All that God has spoken, we shall do… The Torah Moshe commanded for us is the legacy of the congregation of Jacob”.

About the Author
Yosef Rabin is a professional content writer living in Tel Aviv. He writes on a wide range of topics relating to Judaism and hi-tech.
Related Topics
Related Posts
Comments