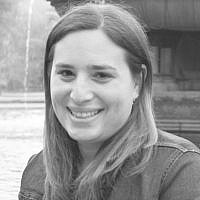 The Blogs
Hannah Simpson
Apply for a Blog
Advertisement
Please note that the posts on The Blogs are contributed by third parties. The opinions, facts and any media content in them are presented solely by the authors, and neither The Times of Israel nor its partners assume any responsibility for them. Please contact us in case of abuse. In case of abuse,
Report this post. 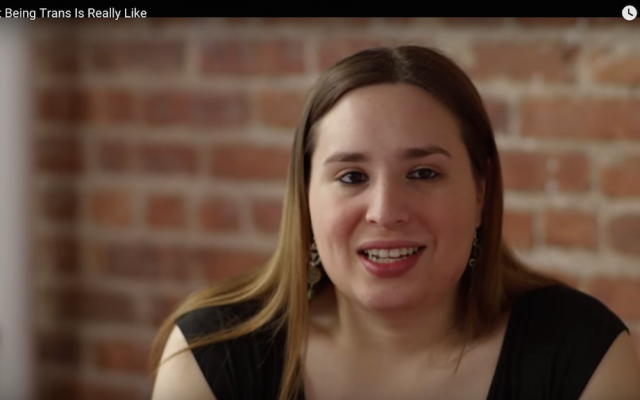 Allow me to reintroduce myself. If you’ve known me prior, you might suspect that I no longer wish to be referred to as “Mr.” Instead, “Ms.” please. I introduce myself to you all over again; a little changed and re-imagined, but this is no different from what each of us should be doing on Yom Kippur.

Tefilah, prayer, is introducing yourself once again. We are here to introduce ourselves to God, and most importantly, to one another, as someone changed and reimagined than the person we were prior. It was once said, perhaps by Einstein, “The definition of insanity is doing the same thing over and over again and expecting different results.” Forgiveness is powerful, but we fail to evolve and merely repeat our actions, is there really any point in seeking it, or much less being granted it?

We stand on Yom Kippur, and for ten days since Rosh Hashanah, to reintroduce ourselves first to God. Part of God is all-knowing, in that master plan sense, but a certain cognitive dissonance also exists, allowing God to meet you anew and unbiased. We then present ourselves to those around us, especially those to whom we have wronged in some way. We must demonstrate that we are new, improved, changed, and wiser — not the fools we were that caused or exacerbated the situation we are now repenting for in the first place. Teshuvah, repentance, is introducing yourself once again.

What Jewish contemplation would be complete without a story? This one is kind of a love story. In short: A nice Jewish boy met a nice Jewish girl at a mainstream young adult congregation. They quickly became good friends. Yet despite much in common and an obvious rapport, that’s where things ended up, not unlike many interactions of this kind. Some love story? The seasons changed, and we’re now at the beginning of summer; the Pride festival has come to town. Yes, that Pride festival, where a small contingent of progressive yet misunderstood, often isolated, people — the Jews — comprise part of a slightly larger population of progressive yet misunderstood, often isolated people.

In what now must have felt like another life, amid struggling to feign heterosexual and cisgender normativity, these two individuals had written the other off. Neither conformed to their anticipated expectations of the other. How often has that happened to any of us? Yet, in light of the new information each now had, these two young Jews had better chance of ending up together than either could have imagined. It was only kind of a love story. Romantically speaking, it still went nowhere, at least thus far. Perhaps you were thinking for just one moment what might have been?

On Yom Kippur we reintroduce ourselves, because with each new greeting and bit of information we offer or discover, comes a chance for a point of connection that could never have previously existed — to those around us, to God, or toward our own souls. The more connected we become, the more difficult and unfathomable it becomes in the future to transgress one another. Learn more about God today, or open-mindedly engage people with unique life experience. As we build bridges toward one another, or discover new ports of entry — possibly even unexpected prospects for love — we may find that the only vitriolic intolerance we are left with, is an intolerance toward intolerance itself.

Lastly, pursuing social justice, Tzedakah, is introducing ourselves once again. On this special day we are reminded to bring our voices and our fortitude back when they may have faded, or perhaps to raise them for the first time. In the immortal words of Martin Niemöller, “Then they came for me, and there was no one left to speak for me.” Will accept societies in which individuals can still be denied rights, opportunities, or even their lives, simply because of who they love or how they express themselves? We are the Jewish People; do we have something to say about discrimination or dehumanization? As our own history should remind us, next come the ghettos…

Shana tova, and gmar tov, may each of us introduce ourselves, those in our company, the Land of Israel, and all the world, to life and prosperity in this new year.

About the Author
Hannah Simpson is a transgender advocate, writer, educator, comedian, marathoner, traveler, supporter of Israel, and unabashed nerd based in NYC. She speaks to schools, businesses, and even military bases on embracing trans and nonbinary identity. She has helped lead delegations of LGBTQ-identified Birthright Israel in three seasons so far. You might have seen her as a guest on Melissa Harris-Perry on MSNBC, or on WNYW Fox 5’s Good Day New York. Follow her on Facebook, Twitter @hannsimp, or Instagram @hsimpso.
Related Topics
Related Posts
Hannah Simpson
Comments