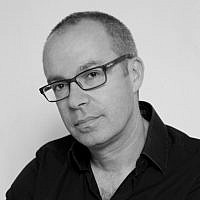 Deputy Prime Minister Ofir Kunis is the latest Likud politician to reject the idea of a Palestinian state, stating in an interview that the Palestinians are not ready for statehood.  He adds his voice to that of his fellow Likud MK and Deputy Defence Minister Danny Danon, who stated recently in an interview that the government would vote against any attempt to implement a two state solution.  In addition another Likud MK and Coalition Chairman, Yariv Levin was appointed as Co-chairman of the Caucus for “Eretz Yisrael”, actively lobbying for increased Jewish settlement in the West Bank.

So there we have it, three rising stars of the Likud party, all of whom reject the idea of a Palestinian state, with important positions in our government; are open and transparent in their rejection of any peace deal based upon the “two state solution”.

The problem arises when one looks at the official policy of the current Israeli government, of which all three are members.  Officially this government is committed to the “two state solution” and the eventual establishment of a Palestinian state living alongside Israel “in peace and security”.  How therefore, can three members of this very same government openly present positions which are flagrantly at odds with official policy and still retain their roles in government?  One might wonder how such “open and honest” politicians, vehemently and ideologically opposed to government policy can, in all good conscience; allow themselves to be part of such a government.  Surely they would prefer to resign from such a government rather compromise their beliefs in such a manner.  Sadly it would appear that yet again the trappings of power take precedence over any sense of integrity or credibility.

Conversely what about their boss?  Bibi has three junior members of his government who are openly challenging the position of that same government.  Essentially they are giving him “the finger”.  One might expect a leader to take control and fire those responsible for such open rebellion.  Much to our regret and to our cost, Benjamin Netanyahu is no leader.  Yes, Bibi is a talented politician, but he is no leader.  There is a huge difference!   More interested in maintaining his position as premier than effectively leading the country, Bibi will duck and dive, bob and weave, say and do anything necessary to maintain his position as leader of his party and of our country.  His strategy for survival is based upon a determined policy of doing nothing.

Bibi is weak.  He is weak in his own Likud party which of late has discarded its traditional national, liberal and democratic values along with their exponents in the party, Benny Begin, Dan Meridor and Michael Eitan.  Jabotinsky himself would be perplexed, if not outraged; at Likud’s preference for extremism, Messianism and anti-democratic values as espoused by the new brand of Likud MKs such as Moshe Feiglin, Tsipi Hotevely and our three aforementioned government members.  Traditional Likud voters have been betrayed and abandoned, not to mention the rest of the country.

Bibi is also weak in the government he is supposed to lead, where the two “new kids on the block” Yair Lapid and Naftali Bennett have him by the proverbial “short and curlys”.  For sure, Yair Lapid has betrayed and sacrificed his core voters in order to further his own strategy for the premiership, where it would appear that he has learnt a great deal in the art of self-interest, from our current Prime Minister.  Naftali Bennett on the other hand continues to ignore or even hide the more extreme elements of his Jewish Home party which promote a wholly undemocratic and openly racist agenda.  Regardless Lapid and Bennett have worked together effectively, in the process neutering Netanyahu and any ability he might have to drive government policy.

Bibi can do nothing but cling to power in a manner that at best ensures the status quo and worse still, the continued growth of extremism and the implementation of its policies, which ultimately pose a clear and present danger to the state of Israel and the Zionist dream, the original dream that is, as expressed in our declaration of independence, where for those of you who have forgotten or choose to ignore, Ben Gurion stated loud and clear that the state of Israel “will foster the development of the country for the benefit of all its inhabitants; it will be based on freedom, justice and peace as envisaged by the prophets of Israel; it will ensure complete equality of social and political rights to all its inhabitants irrespective of religion, race or sex; it will guarantee freedom of religion, conscience, language, education and culture; it will safeguard the Holy Places of all religions; and it will be faithful to the principles of the Charter of the United Nations.”

None of this can be achieved without true leadership.  If Bibi wants his place in history then he must lead.  He can start by getting his own house in order, firing these three rejectionists and wresting back control of his party from the extremists.  He can then go to Secretary of State Kerry and state loud and clear that he and the government of Israel; are indeed committed to a just peace deal based upon a two state solution.  For all those opposed to such a policy, their place is anywhere other than in the government.  The complexities of coalition government in Israel are no excuse for the schizophrenic behaviour of our government and its ministers.  If Bibi cannot take control and actually lead, then we must find someone who can.

Time is not on our side…