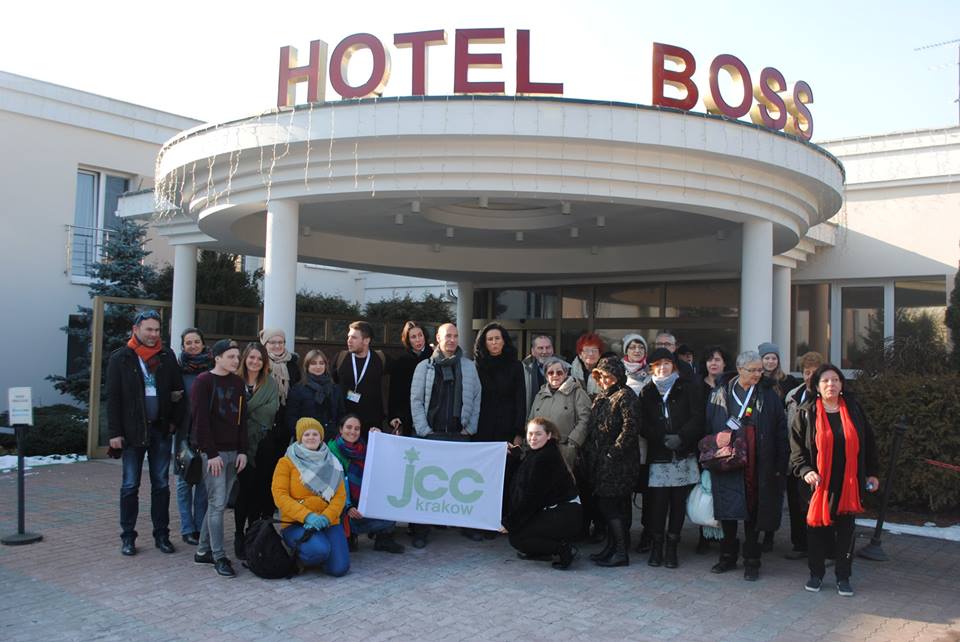 Sitting in the Boss hotel this past Shabbat amongst 700 Polish Jews, all learning together, eating and schmoozing, praying and playing—I felt for a moment that the dark cloud which has been hovering over Jewish Poland in recent weeks and months has been lifted! I met Jews from all over Poland, old and young, each with their own unique story of discovery, memory, tradition and exploration. I marvelled at the resolve of these people to enjoy the Shabbat, to sing ‘shalom aleychem’ and welcome the Shabbat bride with serenity, knowing too well that they are still in the midst of a political crisis and are trying to keep their equilibrium as Jewish Poles. From where does this resolve come? I believe it’s source is found in the events thousands of years ago with another crisis surrounding Mount Sinai.

The outline of the events in the book of Exodus is a bit repetitive: Parshiot Yitro and Mishpatim represent the experience of revelation at Sinai; Trumah and Tetzave are the command to build the Mishkan and all its vessels; Ki Tisa is the story of the Golden calf; the final two parshas are Vayakhel and Pekudei. What are they about? They seem to be a repetition of parshiot Teruma and Tetzave, a list of vessels of the Mishkan and the priestly garments. Why would the Torah go out of its way to repeat the same laws of how to build the Mishkan, the vessels and the garments? This question was posed by my rabbi, Rav Aharon Lichtenstein Zt”L, in a talk he gave one Friday night in Yeshiva.

His answer began by describing the various types of relationships the children of Israel have with God. On the one hand ‘you are sons to the Lord your God’. We view God as a loving parent, an embracing mother and a proud, protective father.

A second version of the relationship is that of a king and servant: ‘my servants they are’. God is our king, our fighter, our warrior and one who gives us clemency when we need it. Our job is to serve, to be ‘commanded’ before God and view ourselves in that manner at all times.

But the final version of the relationship is most complex yet most intimate, that of a husband and wife: ‘you will call me your man and I your woman’. Often the children of Israel are compared to the bride as in the ‘Song of Songs’, sometimes Mount Sinai is compared to a wedding as the bride — children of Israel — comes to the groom and accepts the special position of God’s beloved.

The midrash expands on this notion of the bride and groom at Sinai and as a result every Jewish wedding subsequent retains some resonance of that first matrimony. But the midrash then moves beyond the climax of bliss to the nadir of betrayal and sin. The golden calf is viewed as the children of Israel, the bride, cheating on her husband immediately after the wedding day. The agony, disappointment, crushing spirit are represented by the crashing of the Tablets, the feelings swirling around and the gnawing pit in the stomachs of every ‘bride’ after the confrontation—all these take place during the moments when Moses descends the mountain clutching the holiest God-hewn tablets of His word. The question becomes, what will happen now? will God forgive? Will he move on and find another bride?

Rav Lichtenstein beautifully described Moses’ fighiting God for the soul of the children of Israel, making sure there would be no divorce. And with the grace of God a decision was made that another chance would be given, and the bride would be able to resume her position and queen—would be able to return to the king’s palace (Mishkan) and taste the delicacies of the house of God (korbanot), glow from the light of God (menora) and smell the sweet incense (ketoret) once again.

Yet, the comparison to a newly married couple continues. A young engaged couple preparing for the wedding day and their married life, goes shopping and carefully and lovingly selects the marital bed, the tables and lighting, the vessels for preparing food and even for washing up. But when one partner betrays the other, when a foreigner is brought into the relationship, a disruption of epic proportions takes place. If the couple decides to work through it and rebuild their relationship, it will take time, patience, and lots of work, but it is possible!

But it is not possible for them to sleep on the same bed which reminded them of the betrayal. They could not share the same meals on the table which was bought in innocence and pure love; they couldn’t even sit by the candelabra of old. Every vessel reminded them of a different couple, one before the sin, one from a lifetime ago.

For this reason, the newly determined couple had to go shopping again! The rebuilt relationship would have to have new common experiences and mementos which remind them not of sin and betrayal but of the commitment and determination to push through the pain and rebuild.

This then is the metaphor of the repeated Mishkan building project. Yes, they are the same ‘bride and groom’ but so much has transpired, so many emotions, so much pain but also the desire to start afresh. That fresh start warrants a new look, a new perspective a new home and shared treasures. Thus, Parshat Vayakhel!

What do we do when our expectations are crushed? Do we give up? Do we write the divorce document and look for greener pastures? Or do we buckle down and get to work? We ‘double down’ and work harder investing in what we believe. In the heat of the crisis in Jewish Poland we celebrated Purim and having spoken to other rabbis in Poland we were pleasantly surprised to compare notes and conclude that the turnout for Purim parties was stronger than in years past.

But it is not enough to simply show up at Purim parties and Limud, we must bind together and fight against anti-Semitism. We must be vocal in our communities and beyond that anti-Jewish sentiment will not be tolerated and lies about the Jewish or Polish narrative are a disservice to rebuilding a once very positive relationship between Poles and Jews in Poland. We need to work harder, be more committed, invest in new ideas, and resuscitate old ones.

Together and with God’s help we will continue to rebuild Jewish life, and become once again a shining light spreading peace and warmth to all. 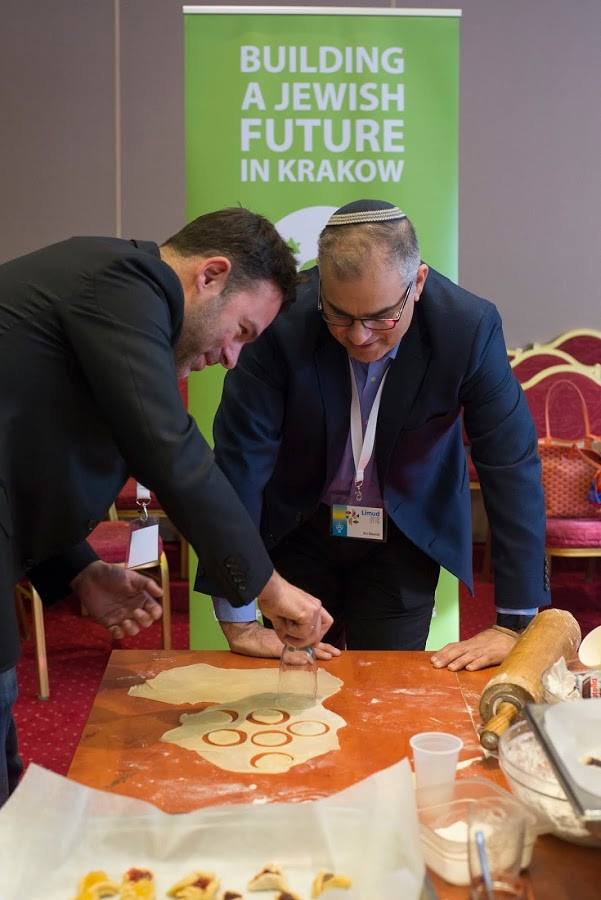