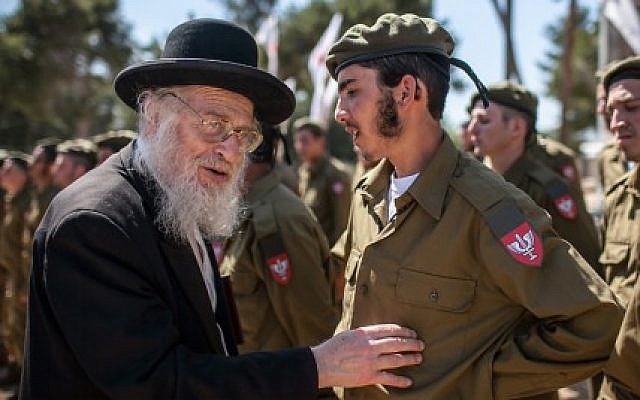 If you thought that being religious and being secular are opposites and incompatible, think again.

For starters, not all non-Orthodox Jews or Jews who are not into Judaism are opposed to religion, holiness or mysticism. Many are Buddhists or spiritually involved in other ways. So juxtaposing Orthodox and secular Jews is false. For the sake of simplicity, we will here ignore religious Jews who are pious but not in any of the ages-old traditional Jewish ways. Also, will we not focus on Gentiles; just on traditional vs. secular Jews. 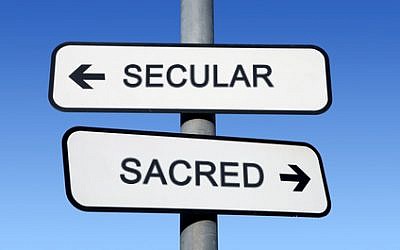 1. Ever heard of: religious Jews should bring Judaism to the secular? That is kind of arrogant. And haughtiness is a hallmark of our enemies as different from Jews.

Being civil is not just part of being Orthodox. It precedes it. Presently, there are more religious laws concerning our behavior towards our fellow human beings than concerning G^d alone. And often, the secular are better at it.

There might be no higher morality than Jewish ethics but that doesn’t imply that religious Jews are the most ethical. If anything, many secular people spend all their moral relational energy on people around them (as they have no need for vertical relationships) and therefore are experts in that.

It’s not true that secular ethics must be all hedonism and selfishness. Many secular Jews exemplarily care most about people in trouble (including strangers), animals, not ruining the landscape, nature and the climate. That is 100% Judaism, which is both praying and acting – not just praying.

So, go learn from the secular, before you pretend you could teach them.

Being a good Orthodox Jew is being generous. So teach. But when you do, know that you’ll learn most from your students (Ta’anit 7a). (Thus, you first must be so grounded in Judaism, that nothing could “unjew” you – Reb Shlomo Carlebach’s recipe.)

2. When you or others are in danger, you first do anything to bring as much safety as possible. Only then you add trust in G^d.

You may ask for G^d’s help while trying to save souls and act more calmly as a result, but you act as a secular nonetheless.

When others need you, don’t bless them instead of helping them. Help them as if you are an Atheist (- I forgot which rabbi said this).

3. G^d declares that it’s not good to be alone with Him. So, He should not be part of that equation. Have a partner and be a spouse without claiming that it would be enough to be with Him. Rely on His Word.

5. To disgrace G^d, one must be religious. But to make Him a good Name, being a smart friendly humble loving pacifist Jew is enough, Einstein proved.

Truth, Reality, Love and Goodness are no private property of any school of thought or lifestyle. If you fear what others think, do, know or value, you are not solid in your own way of life.

Being an extreme secularist or an extreme religious Jew shows that you’re scared and insecure. Judaism advocates living by the Golden Mean. Fanaticism and intolerance don’t look good. Jews who fail to integrate being secular and religious and instead flip from one extreme to the other were raised with too much extremism.

Judaism should be grounded in this physical world but ages of inroads by religions that put their emphasis on the next world and on the beyond have distorted our religion. Learning from secular scientists and down-to-earth people can return us to true grounded Judaism.

Secular Jews would not so quickly insult groups of innocent people because of what is written and first of all see them as fellow-humans. Are you that sensitive not to hurt anyone?

6. Not when you pray, you show you believe in G^d, but when you’re honest, meek, generous, friendly, you show that you’re above the Law of the Jungle.

7. Only those who believe in human Free Will and autonomy to improve themselves, may truly believe in the all-powerful G^d of Judaism.

If you believe you must believe in G^d, you are like Atheists who must not believe and you don’t seem a religious Jew. Saying you can’t live without G^d is using Him as a transitional object.

Being religious must be a free choice. You may use belief in Reward and Punishment a little, but if too much, it shows you’re in it for gain or dread, and not to serve Him. Which is actually a form of idolatry. Which is actually much lower than secularism trying to improve life on earth for all – even if you put on two sets of tefilin every weekday.

8. The secular, they hope for Good Fortune much like the religious pray for Personal Providence. Frankly, there’s not much of a difference.

9. Many of the secular desperately want to be free and “themselves.” There is no greater freedom and push to becoming who we really are than through keeping Jewish Law. A Jewish religious upbringing is a lifelong support against enslavement to drives and feelings.

10. If you can get to 10, it looks more serious. Being overly serious is a sign of Atheism. The Sages teach, if you make people laugh constantly (and have peace between them), you go to Heaven, no questions asked (Ta’anit, 22a). Being friendly (Smile!) is more important than talking to G^d (Genesis 18:1-2). G^d manages without us.

Bonus: What to do when an Orthodox partner is married to a secular Jew?

An excellent marriage is two people giving and receiving generously and plentily. A terrible relationship is two people trying to take enough from each other.

So the secular spouse needs to give what is necessary and wished for by the other and vice versa, as much as possible: