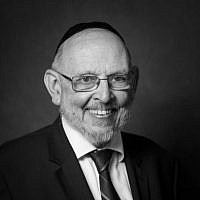 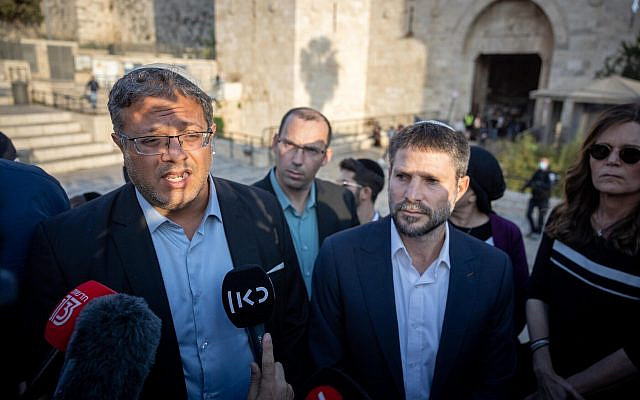 The Israeli party most opposed to the inclusion of an Arab party in the governing coalition was the Religious Zionist party. Its leadership vetoed former prime minister Netanyahu’s attempt to create a government when he was making tracks to rely on the support of an Arab party. The pressure put on religious Zionist members of the Bennett government focused on the inclusion of that same Arab party, as it happens, in the coalition, and indeed led to the government’s demise. Opposing a particular Arab party may be justified, but this blanket rejection of any Arab party simply for being an Arab party reflects a problematic perspective when it comes to minority rights.

This position of the Religious Zionist party diverges radically from the original approach of religious Zionism (the movement, not the party that took the movement’s name), when it came to Jewish law (halakhah) and minority rights. In the early years of the State of Israel, the major rabbinic figures of the religious Zionist world all justified giving minorities –Arabs too – full rights, including the ability to be elected to government positions.

Indeed, even before the state was established, Rabbi Abraham Isaac Kook permitted the sale of land in Israel to Muslims, as an essential component of the “heter mechirah,” selling the land of Israel to a non-Jew during the sabbatical year. He thereby enabled Jewish farmers to work the land despite the shemitah requirement that the land lie fallow – a key compromise to achieve success in the resettlement of the land.

Rabbi Yitzhak HaLevi Herzog, the Ashkenazic chief rabbi when Israel was established, wrote a lengthy article justifying awarding full political rights to all minorities in the new state. Rabbi Uziel, in the comparable Sephardic role, agreed – and to the extent that he thought that Rabbi Herzog’s long written justification of minority rights was problematic, it was because the very effort implied that these rights were ever in doubt. At least six different halakhic rationales were employed by different religious Zionist rabbis to explain why minorities should have full rights in Israel (see Minorities in the State of Israel: The Halakhic View, by E. Haddad, 2010, Hebrew).

By 1985, the leadership of one of Israel’s foundational religious Zionist youth groups, Bnei Akiva, put out a book, “חביב אדם שנברא בצלם; לקט מקורות ומאמרים לברור היחס לנוכרי ומעמדו בארץ” (“Beloved is Man for He was Created in God’s Image: A sourcebook on attitudes towards foreigners and their status in Israel”) to help participants understand the rights of non-Jews in the Jewish state, and to clarify the potentially troubling statements in rabbinic literature that appear to disparage non-Jews. The endeavor implies that there were those who confronted the Bnei Akiva youth (or were a concern for the future) wielding citations from rabbinic literature to “prove” that non-Jews (in this case, surely Arabs) should not have full rights. The religious Zionist leadership clearly disagreed, and set out to teach the young people of the community to defend the state’s provision of full rights for minorities.

Bnei Akiva should not have had to work so hard. Israel’s Declaration of Independence – a binding commitment, surely – describes Israel as the national home of the Jewish people, and also presents the state as democratic, giving full rights to minorities.

How far did the binding commitment of the Declaration of Independence go? Rabbi Yehuda Amital believed it created a halakhic obligation, similar to the one the biblical Joshua was under with regard to the Givonim, a people who were welcome to live in the Israelites’ domain – essentially as Members of the Tribe (with a few salient differences when it came to particulars of marriage, the priesthood, and so on).

Even the United Nations 1947 Partition Plan, aimed at creating two states for Jews and Arabs, also presumed that the result would be two democratic states.

But some key elements shifted some Israelis, indeed, some religious Zionists, away from the givens of democracy. Perhaps it began with the interpretation of the remarkable military victory of the Six Day War as miraculous. In contrast to the UN’s role in Israel’s creation, which seemed a reasonable outcome of very human geopolitical negotiations – despite the halakhic significance that some rabbis attached to the UN decision at the time – the military routing of Israel’s enemies in such a dramatic way suggested divine intervention as the basis for the military superiority of the Jewish state.

And that youth group training was right on the money. It was in the mid-1980s that new rabbinic voices began to emerge, with a different take on Israel’s geopolitical reality. These rabbis were students of Rabbi Zvi Yehuda Kook (son of Rabbi A. I Kook cited above), a strong opponent to the notion of Israel returning any of the land it had gained during the Six Day War. But adding that territory to Israel would more than double the percentage of Arabs in the local population. That “influx” would threaten the Jewish character of the Jewish state if granted full democratic rights. And so Rabbi Zvi Yehuda’s disciples began to question the extent and the nature of the rights given to the Arab minority – one rabbi, Elisha Aviner, attempted a distinction between individual rights and national rights, to alleviate the potential challenges to come.

The sense of miraculous in 1967 also gave rise to an increase in messianic anticipation – a feeling that the Jewish people were on the brink of redemption in a more immediate way than the creation of the state itself had let people believe. With confidence in Israel’s military superiority and the feeling of better things on the horizon, many in the religious Zionist camp began to turn away from the outside world. Values and priorities became centralized in the Jewish world. Democracy began to be perceived as a Western value – that is, not necessarily a Jewish one. It is a short step from rejecting democratic principles to removing, or reducing, the civil rights of minorities.

To be clear: not all religious Zionist rabbis and thinkers made this shift, but it has become entrenched in the religious Zionist community. Perhaps the most dramatic confirmation of that is the approbation some rabbis gave to Baruch Goldstein’s 1994 mass shooting of Arabs who were praying in Hebron. Arabs were recast as enemies and potential terrorists – inherently.

By 2010, a rabbinical degree prohibited selling or renting property to Arabs – a direct contradiction of Rabbi Abraham Kook’s position on selling land. His ruling about the status of Muslims was simply ignored. And when Rabbi Aharon Lichtenstein opposed the prohibition, its supporters challenged his halakhic stature because he accepted the possibility of trading territory for peace, rejecting his stance on the one question because of disdain for his views in an unrelated area.

The obvious implications of the growing adherence to the perspective of the Religious Zionist party are political. But the struggle to define the halakhic perspective of religious Zionism with regard to minority rights in Israel, and democracy overall, has broader significance. The religious Zionists who helped found the State of Israel were not isolationists, and their approach to minorities was a singular reflection of that. But in the current milieu, the question of whether one can approach the modern world through a prism of Torah when that modern world is being rejected in the name of Torah is of particular concern.

About the Author
Rabbi Yosef Blau is the Senior Mashgiach Ruchani (spiritual advisor) at Yeshiva University, and a partial resident in Jerusalem.
Related Topics
Related Posts