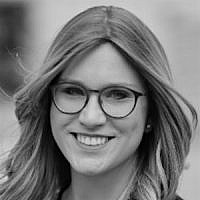 The Blogs
Miriam Ballin
Apply for a Blog
Please note that the posts on The Blogs are contributed by third parties. The opinions, facts and any media content in them are presented solely by the authors, and neither The Times of Israel nor its partners assume any responsibility for them. Please contact us in case of abuse. In case of abuse,
Report this post.

This has become my sum up line.

There is one role in particular in which I keep finding myself using this line….

I guess part of it is finding people in a very vulnerable state. As an EMT I arrive at the home of a person suffering, it maybe chest pain, choking, major bleeding, or anything at all. When a person is in such a desperate state they are thrilled to get help from whomever can provide it. It is for that reason that when I arrive in someone’s home, and they see a Orthodox lady, in her head scarf, skirt, modest neckline, carrying a huge medical bag, they don’t even flinch.

They look at me as if they were expecting someone who looks just like me. Why? They were definitely not expecting some religious mom to come to their rescue when they called for help! Yet when you need help so badly, you don’t care who provides it. You don’t care if the medic arrives in a burka, or in their underwear- so long as they can help.

Once the person is helped, only then do they take a moment to realize how odd it is that the person who helped them is part of a subgroup of people whom until today they believed did not know how to do anything other than bake cakes and change diapers.

The look on their face makes this very obvious. They kind of just stare. As if in their mind they are reviewing all the negative propaganda they have seen all their life on TV and in the papers supporting this idea that has just been debunked.

For this reason I have adopted this line and it seems to do the trick….

This week it happened yet again.

I got a call for a young man injured in a soccer field near by in the middle of a game of soccer. I raced over and was first on scene. I was met by a group of 18-year-old boys from many different cultures. I heard, Hebrew, Russian and Arabic being spoken in the background. When I got out of my car and grabbed my equipment, they quickly escorted me over to their friend who was moaning on the ground. His right arm had a suspected fracture and he was in a lot of pain.
I splinted it, calmed him down (the motherly touch I love to add to any call) and when back up arrived we got him onto the stretcher and boarded into the ambulance.

After the back doors were closed, I began packing away my gear and cleaning up the mess. I looked up and saw 10 young men all staring at me. I hear them whispering.  I know already exactly what they are saying….”can you believe she is the one who came to help our friend?”

I know this because this happens at almost every call, even calls where the patient themselves is an Orthodox woman!

It’s just something people are not used to seeing I guess. They then try to comfort themselves by convincing themselves that I am the exception and not the rule, that most orthodox women do not do things like this.

When I see this exchange taking place I put my new line into use. I look at them in the eyes. They look at me and say, “thank you.” I nod, and say “just promise me from this day on, you will remember that Orthodox woman DO contribute to the State of Israel”.

They nod back as if to say, “We promise.”

I turn around put my gear back in the car and drive off feeling relieved and rewarded.

Not only did I change a life, I changed a mindset.

About the Author
Miriam Ballin is the Founder and National Director of the United Hatzalah Psychotrauma and Crisis Response Unit. Hailing originally from Houston, Texas, and San Francisco, California, Miriam spent five years in Australia before making Aliyah with her husband and children. She received her dual degree in Psychology and Education from Thomas Edison State College. After much early success in both classroom and informal education, Miriam felt drawn to explore psychology further, completing a degree in Family Therapy here in Israel, and is a practicing marital and family therapies, specializing in couples and trauma. Miriam has also accrued nine years of experience in Emergency Medical Services, first as a dispatcher and later as a certified Emergency Medical Technician. Miriam was recently featured in Ami Living Magazine and was recognized by the organization Nefesh B’Nefesh for her true heroism in pioneering something as innovative and integral as the Psychotrauma Unit. After seeing and experiencing first-hand the dire need for psychological first aid and crisis intervention in the field, Miriam combined her passion for psychology, education and emergency medicine to become the founding Director of the United Hatzalah Psychotrauma and Crisis Response Unit. Miriam travels both as inspirational speaker to encourage other young women to follow their dream, and continues to guide and mentor many such women.
Comments