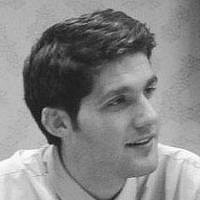 The Blogs
Yoav Susz
Apply for a Blog
Advertisement
Please note that the posts on The Blogs are contributed by third parties. The opinions, facts and any media content in them are presented solely by the authors, and neither The Times of Israel nor its partners assume any responsibility for them. Please contact us in case of abuse. In case of abuse,
Report this post.

This isn’t the first memorial day I have spent outside of Israel and it most probably won’t be the last. Yet somehow, this one is hitting me harder than ever before. I even find it difficult calling it memorial day, for it has to be “Yom HaZikron” – literally a day for us to remember. A day to remember 23,320 people that are no longer with us. The 5,660 miles that separate New York from Tel-Aviv have never felt so far.

How do you commemorate? What do you do without the sirens that tell you when to stop? How do you explain to your new friends, some of whom are so very very close to you, how significant this day really is to you? I can only try and do my best.

For me, memorial day is a time of sadness and retrospection. A day to think of what could have been for each of them.

On this day I think of all of those that dreamt to be surfers or poets, engineers or film makers, doctors or entrepreneurs. All of them will remain soldiers forever, never having the chance to chase after their dreams. Where would they be? What bands would they listen to? What shows would they be hooked on? What books would they read? Who would they love?

There are no answers, there is just a massive void. It has been mentioned many times that there seem to be no Israelis that do not know someone who lost their life serving in the military or in a terrorist attack. It’s a terrible fact of life and one of the very dear costs we pay for living in Israel. Our country is far from perfect and perhaps many lives could have been saved had our governments acted differently, but that doesn’t change the sadness and pain that accompany this day.

Israelis don’t choose to go to the army, and I for one certainly don’t fit in to the classic model of a military man, but we as Israelis serve not only because the law tells us to, but also because many of us feel that it is the due we have to pay back for all those that served and allowed us to live our normal lives. We serve for those that allowed us to drink our espresso on Rothschild Boulevard, dance all night long at parties or just sit quietly on the beach.

Undoubtedly Israel has had some very brave heroes, but has also had its fair share of reluctant warriors. Young men and women that served because thats what they had to do. The thing that unites every single one of them, reluctant or otherwise, is that they never had the opportunity to become whatever it is that they wanted to be.

On this day I just want to spare a thought for what could have been for all 23,320 of them and hope that we don’t add any more names to this unbearable list.

About the Author
A native of Tel Aviv, London and now New York. A lawyer and political activist. Currently an MBA candidate at NYU Stern.
Related Topics
Related Posts
Comments