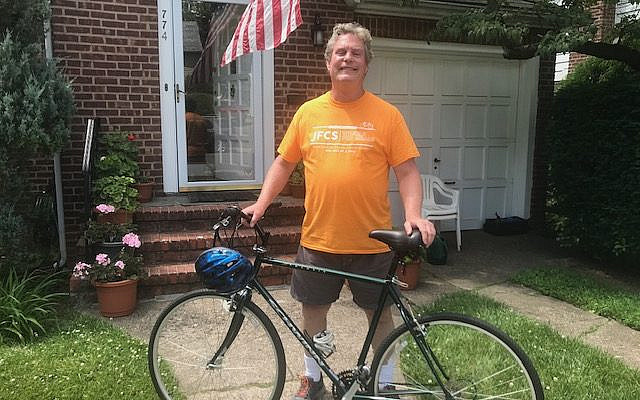 Is it really true that some offices become family? Experts often tell us not to think in those terms; your family, they intone, is the people you share genes or marriage with. Then there are your friends, the people you chose. Colleagues from work? Nah.

But we at the Jewish Media Group know that’s not true. We’re a small group, most of us have been together for years, the word “family” has many meanings, and we are one.

So we are terribly saddened because one of us has died.

Robert O’Brien worked on putting together our pages for more than 10 years. When we used to go to the office, in the Before Times, he’d be a fixture there, every Tuesday and Wednesday; since then, he’s been a constant presence online and at the other end of the phone on those days.

Bob was an extraordinarily nice man. At the office, he was imperturbable; we’d badger him for edits, and he’d make them with grace. He was kind. He was smart. He was very good at what he did.

Outside the office, he also was kind; deeply involved in his community, his church (he was a devout Catholic), his garden, and his neighborhood.

And he was profoundly in love with his family; his wife, Joy, and their daughter, Maria. His pride in them was so intense that you could hear it every time he talked about them, and he talked about them all the time. His pleasure in their company was so clear that you wondered what magic they had, but it was even more clear that the magic was something that they created together.

Bob was only 59. He should have lived for decades, but he was not granted that chance. His family – his brothers, and sisters, their spouses and kids, all of his large extended family — were not given as much time with him as they should have had. But we know that he left a strong impression of goodness, of kindness, of decency, and of rock-steady competence that we always will remember.