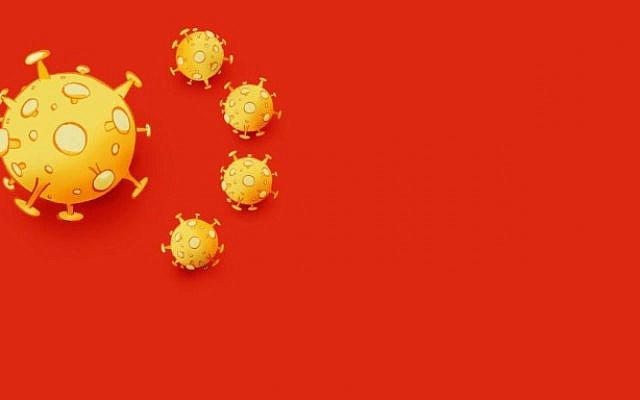 Now that the Coronavirus has crossed the million-infected and fifty thousand-dead mark, now that it has forced over 3.5 billion people to live in quarantine, now that it has seriously damaged the world economy, now that it has the whole world on edge pondering with anguish its potential aftermath, and now that it has transformed our lives in yet unintelligible ways; perhaps now is the right time to honor the young Chinese doctor who tried to warn us all of the coming apocalypse –and was inconceivably silenced by the Beijing government.

At the end of last December, the thirty-four years old doctor Li Wenliang detected the first symptoms of Covid-19 in seven hospitalized patients with a diagnosis similar to SARS and in one patient whom he attended at the Wuhan Central Hospital, and from whom he got fatally infected. He alerted his colleagues to the severity of the outbreak only to receive a reprimand from Chinese state authorities in return. The Police arrested him, accused him of spreading rumors, and forced him to sign a statement of repentance. The official press disqualified him and his professional colleagues with the nickname of “the eight gossipers.” In an online interview with The New York Times on February 1, Mr. Li stated: “If the officials had disclosed information about the epidemic earlier, I think it would have been a lot better. There should be more openness and transparency.”  He passed away within a few days.

His death sparked a wave of outrage -from Hong Kong to San Francisco- and prompted the Chinese government to react. The Supreme Court criticized the Wuhan Police for punishing the doctors who raised the alarm: “It might have been a fortunate thing to contain the new coronavirus, if the public had heard of this ‘rumor’ at that time.” The National Supervisory Commission ruled that the punishment of Li was “irregular” and “improper.” Hu Xijin, editor-in-chief of the state-controlled Global Times, wrote: “Wuhan indeed owes Li Wenliang an apology.” The Chinese Communist Party promptly issued a “solemn apology” to the doctor’s family and claimed to have disciplined the two policemen involved in the matter. As is so usual in totalitarian states, Beijing sought to limit the responsibilities to just two junior officers. But it is a fact that the Xi Jinping government “waited seventeen critical days before sharing the Covid-19 genome sequence with other nations” as stated by The Berman Law Group in a federal class action lawsuit against the People’s Republic of China, Hubei Province and Wuhan City.

In a recent column in The Wall Street Journal, Chris Jacobs proposed that the White House should award Dr. Li Wenliang the Presidential Medal of Freedom. In his viw, “Awarding the Medal of Freedom to Li Wenliang would recognize the role of free speech in maintaining a healthy society and serve as a fitting tribute to the role that millions of other first responders are playing in this pandemic.” Established in 1963, it has been posthumously given to Martin Luther King, Pope John XXIII and Anwar Sadat among other world figures, as well as to John F. Kennedy himself, its creator. In this vein, the United Nations could recognize Dr. Li in some prominent way, too. Now that China has accorded the highest possible honor conferred on citizens who die serving the country, by declaring him a “martyr,” there should be no objection from Beijing. After all, as Frank Sieren noted in Deutsche Welle about Li: “He was not an idealistic whistleblower a la Julian Assange. He was not a dissident. He wasn’t even political. He was just a doctor doing his job.”

The Sakharov Prize, established in 1988 by the European Parliament, would be another good recognition to bestow upon the late Chinese doctor that would assure him a place in the collective memory along other prominent awardees such as Nelson Mandela, Osvaldo Payá and Malala Yousafzai. Other countries could follow suit and similarly honor with their highest national distinctions this exemplary physician who paid with his life, and almost with his reputation, for trying to sound the alarm about the worst pandemic in more than a hundred years to hit mankind.

About the Author
Julian Schvindlerman is an Argentine writer and journalist specializing in Middle East affairs. He lectures on World Politics at the University of Palermo and is a regular contributor to Infobae and Perfil. He is the author of The Hidden Letter: A History of an Arab-Jewish Family, Triangle of Infamy: Richard Wagner, the Nazis and Israel; Rome and Jerusalem: Vatican policy toward the Jewish state; and Land for Peace, Land for War.
Comments