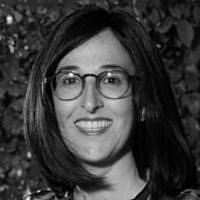 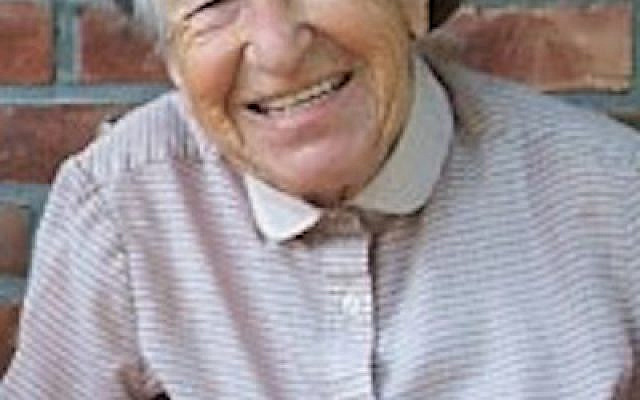 Sixteen years ago, I was living in Brooklyn working downtown Manhattan. That year Chanukah coincided with Christmas and New Years and I had the luxury of grocery shopping during daylight hours. Whilst unpacking my cart at the checkout, I noticed the small framed woman in front of me. She was purposefully double knotting her grocery bags.

Her bags were bulging with heavy produce. From the strength in her forearms and  crinkly face, I was intrigued. Before she could leave, I asked how she was getting home. “I am walking,” she replied with a smile and glistening eyes. “Please let me take you home,” I said. This petite lady emphatically declined my offer.  While observing our negotiation, the cashier had almost finished scanning my items. “I do not usually come to this store during the day.  You will be doing me the favor,” I practically begged. Little Bubbe relented.

It was really love that I felt towards this little Bubbe who so reminded me of my Bubbe. They shared a common trait – a fierce independent streak. Our Conversation flowed easily. Mrs. Glatt shared that she and her husband had three children.

I distinctly remember how she spoke about one of her sons.  “My second son,” she said beaming, “studied medicine and became a doctor, but that’s not all. He also learnt Torah at night. One evening he called to tell me he was graduating as a Rabbi.” Mrs. Glatt was ecstatic to share this news. “I knew he was learning Torah, but I didn’t know that he was planning to be a Rabbi.” she said her face glowing with pride.  As we alighted the car with grocery bags in tow, I casually asked how Mrs. Glatt met Mr. Glatt.

Mrs. Glatt disclosed that she arrived in the US after the Holocaust. I pressed Mrs. Glatt with questions and her story came tumbling out. The eldest of five children from Sighet, a town in Romania, Mrs. Glatt and her family were sent to Auschwitz. The day they arrived, apart from her younger sister, her entire extended family of 70 men, women and children were murdered. May G-d avenge their blood.

As Mrs. Glatt fixed her face on mine, the mood grew dark as she recalled her parents being taken away. “I remember my father, shouting to me in yiddish as they dragged him: ‘don’t forget who you are and where you came from.'”  Looking towards the sky, Mrs. Glatt described the ceaseless smoke from the crematoriums chimneys. “That is the last time I saw my family,” she said as if just transported to the Auschwitz selection platform.

Mrs. Glatt survived the torment. Tragically her sister withered away in her arms one week after being liberated from Bergen-Belsen, another torturous form of hell. The cause: murder by the Nazis by starvation and typhoid. Alone, Mrs. Glatt buried her sister with her bare hands. “I had no one left. How I found the courage to continue, I am not sure, but I did.” Mrs. Glatt said as I wiped stinging tears.

Sent to a Swedish hospital to ‘recover,’  an aunt from the US formally adopted her. Mrs. Glatt lived with her aunt and her family for a short time. They were not observant and it was challenging for Mrs. Glatt. A mutual friend and also a cousin to Mr. Glatt introduced them. Mr. Glatt born in Germany found himself on the Kindertransport to England. He moved to the US in the late 1940s with a sister, his only living relative. Mr. & Mrs. Glatt officially began rebuilding their lives as a couple in 1955. Soon Avi, then Aaron, followed by Leora were born.

Embracing Mrs. Glatt before I left, our encounter never left me. Two months later, I moved to Woodmere, Long Island. A friend mentioned a lecture taking place on my first shabbat there. Emblazoned in orange against a glazed brown background was an unusual shaped potter’s work affixed to the outside front wall of the house where the lecture was taking place. This beacon was easy to spot from the sidewalk. In the same singing orange above the numbers it spelt out the family’s last name:  The Glatt’s.

The delightful, warm hostess introduced herself as Margie. Her Rabbi Doctor husband was erudite and so very modest.  My Mrs. Glatt had made it her business to tell her children that I was relocating to their neighborhood. G-d made it his business that I would meet them within a few days of moving. I reveled in visiting Mrs. Glatt at her children’s home when the opportunity arose. I briefly met Mr. Glatt. A kind quiet man. Mr. Glatt passed away in 2007 at the age of 84.

Rabbi Dr. Glatt shared a story that best sums up his mom: “She was out on her roof, shoveling snow. It was a slanted roof not a flat roof. It bothered her that there was snow on the roof. She did this while she had two broken arms well into her 80s. Nevertheless she somehow managed to shovel snow off her roof – that was my mom. Strong and tough.” Having witnessed Mrs. Glatt in action, it wasn’t difficult to imagine the scene Rabbi Glatt recounted.

In honor of you Mrs. Glatt – on the occasion of International Holocaust Day, I am remembering you. Your indomitable spirit and sheer exuberance for life. Your love for your husband. Your devotion to your children. Your delight in your grandchildren and great-grand children. The way you touched so many so deeply in your lifetime.

Because you survived such unimaginable horror, your son – Rabbi Doctor Aaron Glatt works day and night in both capacities. This was prior to the Covid pandemic. All the more so now, using his vast medical knowledge and experience as Chief of Infectious Diseases.  Availing himself to his community and the community at large answering complicated questions according to Halacha (Jewish Law), 24/7 with Margie as his unflinching support.

Busy as he is, your son took his very valuable time to share some memories and bits of your story. “I owe everything I am to my parents,” Dr. Glatt told me continuing “but please do not focus on me at all. This is about my mother.” Well Mrs. Glatt I am here to let you know that your son is just as humble and devoted as you. Your son saves lives physically and spiritually daily.

Your vivid description of your father, bravely shouting his last words to you, are being upheld and continued first by you and now by your your descendants. This   legacy – “do not forget who you are and where you come from,” was not screamed in vain. It was perhaps, the belief that your father knew you would survive.

All of us should “not forget who we are and where we come from.”

Mrs. Glatt may you continue to uplift all of us from Above. 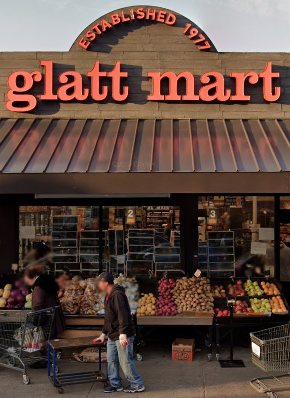 Yes you read correctly. The store is really called GLATT Mart and their brand color is orange.
Photo credit: Google maps
About the Author
A recent transplant from the US, Liora has been sharing her experiences since arriving at Ben Gurion. Her sheer exuberance is derived from living her dream in the State of Israel ensconced amongst Yerushalmis and Anglos alike.
Related Topics
Related Posts
Comments