I made Aliya 40 years ago. In those first months on my fledgling kibbutz, Tuval, and the ulpan where we learned Hebrew, I thirstily drank in the new language, the new lifestyle, and all the new experiences.

I had left home at the age of sixteen and finished my studies in Cape Town, living either in the hostel or in university dorms. The feeling of being unanchored, and rootless, haunted me, and those feelings were always more intense during the Jewish holidays. Every Pesach in Cape Town, I was a guest at another family’s home, an outsider witnessing the familial warmth and familiarity that I didn’t get to experience. I was always aware of the feeling of them, kind of taking pity on me, and it felt uncomfortable.

When I heard James Taylor’s song, Traveling Star, his lyrics:
“They hunger for home but they cannot stay,
They wait by the door,
They stand and they stare”,

brought back all the feelings I felt at other people’s Seders back then, but never managed to put into words as I watched them laugh and sing with their unique family traditions and familiarity, from my place at their table. Being there, but not really being a part. I felt my heart pinch at the memory. 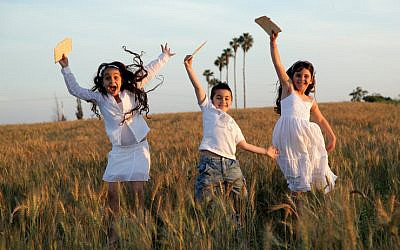 Pesach and the Omer. Inextricably linked. Courtesy of Timesofisrael, Photo by Edi Israel/Flash90.

That first Pesach Seder on Tuval was something I had never experienced before. For that, it was memorable. For the first time in six years, I was at a seder as a participant, not as a “pity guest”, which filled me with a feeling of relief. I felt the newness of planting new roots in a new place, as I collected experiences and memories. The emotional significance that this was the first Seder in Israel and fulfillment of “Lashana Haba’a be Yerushalayim” was somewhat euphoric, especially after the four glasses of wine (which was more like seven). And it was different; a kibbutz seder, with the entire community, congregated, all of us together, was up-lifting. We were all young, mostly single, and on the prowl for companionship on this lonely mountain. Our faces beamed with the excitement of celebrating a hag in a home that we were building together, and we shone with the energy of youth. The gentle perfume of the freshly shampooed hair of the young women filled my nostrils, stimulating my hormones and adding to the atmosphere of belonging to a young, vibrant community. We sang raucously until we were hoarse, and as I walked down from the Hadar Ochel, I reflected on the seder with a sense of satisfaction and appreciation. 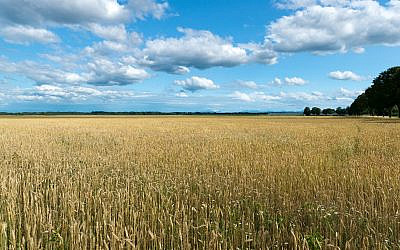 But it was the next day that I remember the most. We boarded a bus and traveled to Kibbutz Ramat Yochanan. There, we were led to a set of bleachers standing in the middle of a field. Before us, under the azure blue sky, was a field of wheat, and a stage set to one side, made of bales of hay and a wooden platform. The scene before us was peacefully pastoral, which seemed to settle my soul and fill me with a sense of serenity.

Presently, seven young men wearing sparkling white Russian shirts with decorative embroidery at the neck and the hems lined up before us. To the music of a flute, an accordion, and a drum of some sort, they lifted their long-handled scythes and began to cut at the wheat stalks, in perfect choreography. They were then joined by seven young women in flowing skirts and white cotton tops, who gracefully scooped up the freshly cut wheat and gathered them together, which the men now tied into bushels while on one knee, in a pose of proposal.

It was poetry in motion.

And then they started to dance, rikudei am to the traditional Pesach songs as a choir which seemed to have gathered while I did not notice, sang in beautiful harmony.

This beautiful reenactment of a biblical ceremony to signify the commencement of the counting of the Omer touched me to my core, as for the very first time, the seasonal and the agricultural cycles combined with the religious festival to make it whole. And then, like a light going on in my head, I had an epiphany.

Up until this moment, the counting of the Omer had no meaning for me beyond the fact that I knew you were not supposed to shave or cut your hair, or have weddings. In South Africa, the Omer falls during the autumn, which kind of made it an artificially contrived ritual, observed solely for the reason that our forefathers used to observe it. Now, here in Israel, for the first time, when the season and the Hagim were aligned, I suddenly understood not only its significance but its necessity.

As if I was transported back to biblical times, I could picture it. In those times, harvest time is urgent and incredibly intense. The people had only seven weeks to complete the wheat harvest and store it before they had to start picking the fruit from the trees, (which we commemorate on Shavuot). They had no time for vanities like haircuts, or distractions like weddings. They had to concentrate only on completing the harvest. And the daily count of the Omer is a count-down, a constant reminder of how many days were left to finish before they had to start to pick the fruit. 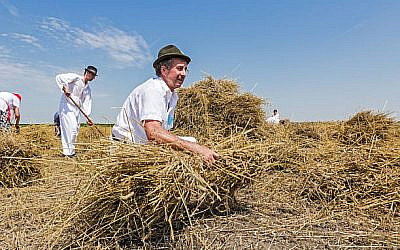 Anyone who has worked in agriculture will tell you how it dictates what needs to be done, and when – and by when. It is relentless. In agriculture, there was no such thing as “a day off”. Especially during pressure times like harvests. I remember it well.

This is what we remember when we count the Omer. And, those who count the Omer today are reconnecting with our forefathers. In the same manner that the Haggadah exhorts us to see ourselves as if we too went out of Egypt and wandered in the desert for 40 years, in counting the Omer, we see ourselves as working the harvest, struggling to complete it by Shavuot.

The cognitive awakening that I experienced at that ceremony seemed to underline for me that my Aliya was so much more than a physical “coming home”; it was like the final piece of the puzzle falling into place. I think, in some way, this is something that only someone who has made Aliya can truly appreciate, this Zionism, that is so deeply and personally existential to living in Israel.