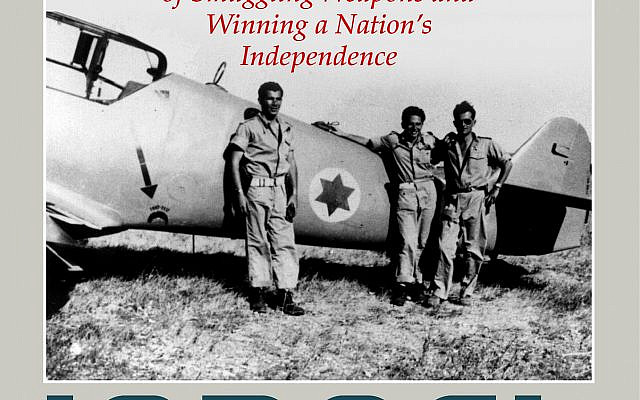 Seventy-five years ago today, my grandmother was liberated from Auschwitz. On Friday, Rowman & Littlefield will published my new book, “Saving Israel.” Here is what I wrote about Rivka Schindler Grundman, may her memory continue to be a blessing, in the introduction:

When my Czech grandmother, whom we called Savta, died in her early 50s at the same Israeli hospital in which I was born 11 year earlier, she took to the grave everything we should have learned about her side of the family.

All we know about Rivka Schindler Grundman is that she was the only member of her family to survive the Holocaust. For instance, we have no idea how many siblings she had and how they died.

We never asked and she never told us.

We believe she arrived at Auschwitz, like most of the 88,000 Czech Jews sent to the Nazis’ largest death camp, in 1944. We know Russian soldiers set her free on January 27, 1945. But we have no details about the months she spent there. Was she forced into sex labor in the camp’s brothel? Was she experimented on by SS doctors Horst Schumann and Carl Clauberg? Leaving the twin experimentations to Josef Mengele, Schumann and Clauberg tested ways to eliminate Jews before they were born. If they tried to sterilize my Savta — a war crime they committed against hundreds of women by zapping their reproductive organs with X-ray machines — they failed.

If my Savta, who never regained her health after Auschwitz II-Birkenau, was going to open up to anyone, it would’ve been to my younger brother, Sha’ron, and me. A depressed diabetic who tended to be reserved around adults, she let go a little around us. While her husband delivered household goods to grocery stores in the ultra-Orthodox Central-Israel city of Bnei Brak, she joined us in raiding his hidden candy stash, quizzed us about our social life, and smoked forbidden cigarettes. But the Holocaust never crossed her lips.

Our eyes raced from the smoke rings she blew to the Auschwitz serial-number tattoo on her left arm. We were too young to realize that we should have demanded to hear her life story. Instead, we just asked for leftover cholent, a potato-beef-bean-and-barely stew drained of any nutritional value by simmering overnight in the oven.

My Savta died of diabetic complications on the 30th anniversary of Israel’s independence.

My grandfather, Ozer Grundman, whom we called Saba, took over the cholent cooking and found a new hiding place for his Arcor Vienna suckers, which he handed out to kids at his Hasidic synagogue. But he, too, kept mum about his past. We knew that although he was born, raised and nearly killed in Poland, he had deep roots in Germany. And we knew several members of his side of the family escaped the Holocaust because they were our living, breathing uncles and aunts. But the majority of the facts remained locked away like his candy.

In the late 1980s, when I became a journalist, I made it my top priority to convince my Saba to share his story. Although he had retired by then and had plenty of free time, he refused to be interviewed. I had to resort to a journalistic practice often derided by the public but valued by editors: aggressive reporting. On the first day of my 1991 vacation, I showed up at his doorstep. A ready-to-be-clicked pen in one hand, a ready-to-be-filled reporter’s notebook in the other, I wore a businesslike expression.

My Saba was unimpressed. He wanted to talk about my marriage/child-rearing prospects.

“Nu, you,” I said. “Don’t you want your future great-grandkids to know how their great-grandfather survived the Holocaust?”

My Saba thought I’d be gone after a few hours. I stayed the whole week, shadowing him everywhere he went. We walked to and from his synagogue, where he prayed, studied Talmud and prompted his fellow congregants to inquire about my marriage/child-rearing prospects. We spent late afternoons in his neighborhood park, where he read me headlines from Yedioth Ahronoth, Israel’s largest daily paper. It was the only time I ever enjoyed hearing bad news.

The next evening, possibly because I had observed enough of them over the years, I succeeded in making heads or tails of the Talmud lesson. I followed the Hasidim’s arguments about why Kabbalistic Rabbi Shimon bar-Yochai and his son failed to adjust to the material world after spending 12 years in a Galilee cave engaged in mystical practice.

During the Talmud lesson, my Saba suggested that the bar-Yochais’ post-cave struggle stemmed from having only spiritual knowhow at that point. Their “real-life” skills had faded.

On our way home, I asked my Saba if his experience was somewhat similar: Did what he learn during the Holocaust apply only to that realm? Did he also have to revive his “real-life” skills after liberation?

Arching his eyebrows, my Saba indicated I was reaching.

I doubled down. He admitted that, after the Holocaust, he went through a long, painful readjustment.

When I noted that Savta never fully made the transition, he nodded.

This was the crack I was praying for. He finally saw my hand reaching out across the divide that separates many trauma victims from their loved ones.

During dinner that evening, my Saba started recounting his life story in the kind of suspenseful chronological order that made me forget I knew the ending.