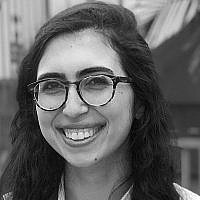 The Blogs
Shira Eliassian
Apply for a Blog
Please note that the posts on The Blogs are contributed by third parties. The opinions, facts and any media content in them are presented solely by the authors, and neither The Times of Israel nor its partners assume any responsibility for them. Please contact us in case of abuse. In case of abuse,
Report this post.

This year, International Women’s Day coincides with another momentous commemorative event – the twenty-fifth yartzeit of Rabbi Joseph B. Soloveitchik, z”tl. Rav Soloveitchik – or the Rav, as he is belovedly and reverently is called by his students – was Rosh Yeshiva at REITS, Yeshiva University’s rabbinical school, for many years and founder of the Maimonides School in Boston*. The Rav’s trademark espousal of the incumbency to study philosophy, metaphysics, history, and the arts alongside Torah has forever left its mark of the curricula of Modern Orthodox Jewish day schools.

For the last two weeks, I’ve been experiencing the intersection of the Rav’s legacy and the celebration of women’s opportunities and accomplishments on more than just the calendar. As I was preparing for my talks as part of JOFA UK’s IWD programming, I was simultaneously working on a term paper on Rav Soloveitchik for a course in my Masters program. Steeped in the Rav’s philosophical and personal writings, I found myself wondering how he would respond to my own talk on the challenges of advocating for change in the Orthodox community.

In particular, his words from a speech he delivered at an RCA Convention in 1975 have been on mind. A suggestion had been proposed to solve complications in issuing women gittin, ritual divorce, by bypassing kiddushin as the halkahic mechanism by which Jewish marriage was enacted. The Rav resolutely shuts down such a possibility, arguing that halakhic structures cannot be overhauled by sociological concerns:

We must not yield to the passing charm of a modern political ideological slogan because of an inferiority complex. I say not only not to compromise, but even to feel inferior. It should never occur to one who has accepted the yoke of heaven that it is important to cooperate even a little bit with a modern trend or secular modern philosophy.[1]

His fierce words continuously echo in my mind, and bring him to life in a way that often is not captured by his honorary title, The Father of Modern Orthodoxy. Somehow, the very same rabbi who embraced women’s study of Talmud also denied the agency of sociological concerns in the halakhic process.

While the Rav’s complete devotion to halakha is quite familiar to me, his seeming dismissal of the weight of modern social movements such as feminism caught me off guard. I, like many other Jewish feminists, tend to see Rav Soloveitchik as an ideological predecessor. But his remarks in this speech and in other places makes me wonder whether it is a misappropriation of the Rav’s legacy to claim his as our own.

I know that there are many who would respond to this question with a resounding “yes.” But I am compelled to counter that the man who radically changed the religious possibilities for women in Orthodoxy believed that tradition must be reread in a way that meets the needs of the present. This is exactly the sentiment the Rav expresses in a letter regarding teaching young women Talumd:

Not only is the teaching of Torah she-be-al peh to girls permissible but it is nowadays an absolute imperative. This policy of discrimination between the sexes as to subject matter    and method of instruction which is still advocated by certain groups within our Orthodox        community has contributed greatly to the deterioration and downfall of tradition Judaism.[2]

It seems to me undeniable that Rav Soloveitchik cared deeply – more deeply than any other rabbi who preceded him – about the enfranchisement of women within the traditional Jewish community. If we are not raising young women to be actively engaged in their yiddishkeit, their religious identity, then we are threatening the very existence of traditional Judaism.

While the Rav may not have conceded to feminism as an external ideological framework, his religious concerns often aligned with those of Jewish feminists. Recognizing the parallels in ultimate goals, despite their methodological differences, perhaps prompts us to reconsider the aims of Jewish feminism in the first place.

Jewish feminism is not, as the Rav suggests, an “inferiority complex” born out from a “modern political ideological slogan.” Rather, it is a movement that seeks to enfranchise women as full members of the Jewish community. Far from being an attempt to undermine tradition, G-d forbid, it is born from a religious fervor to do all one can to ensure that Judaism continues to thrive and prosper.

We can debate how the Rav would have responded to the particularities of how Jewish feminism has evolved in the twenty-first century. However, as we commemorate his twenty-fifth yartzeit at a historical moment that celebrates the emerging possibilities for women of the world, we can feel a sense of hakarat ha’tov, gratitude, for a person who was not afraid to consider those very same possibilities for women from within his own tradition.

[1] A transcript and link to a recording of the speech can be found here: http://arikahn.blogspot.com/2013/03/rabbi-soloveitchik-talmud-torah-and.html.

*An edit has been made to this piece to accurately reflect Rav Soloveitchik’s connection to Yeshiva University.

About the Author
Shira Eliassian is editor of the JOFA Blog. She is pursuing a Masters in Religion at University of Chicago Divinity School and is serving as a young female scholar this week for JOFA UK’s Be’er Miriam program.
Comments 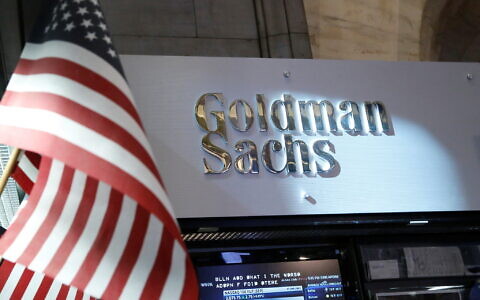 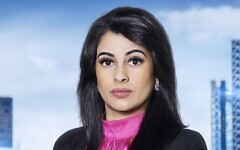 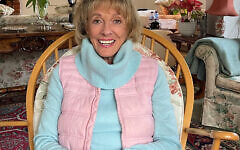 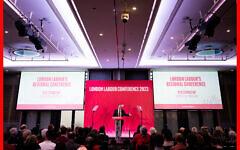 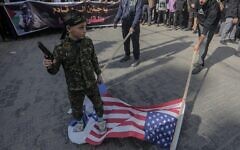