This is Raz. I never met him. As we recount 50 years this week since the victory of the Six Day War we also remember another war that began 35 years ago this week, in Lebanon, a war with a much less clear outcome but also with consequences that linger today. 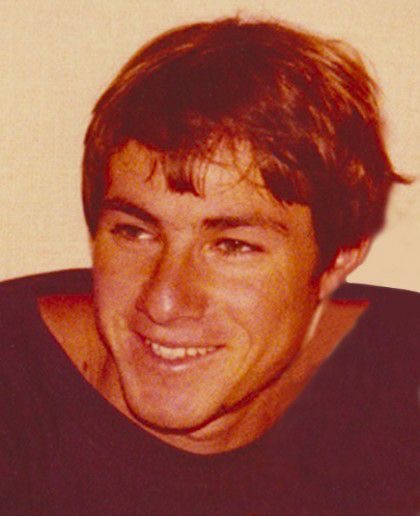 I arrived in Israel a few weeks after the (First) Lebanon War had begun and for the first half of that summer, I lived and worked on the kibbutz where Raz grew up and where his family still lived.

Raz was one of the six Israeli soldiers killed in battle to take the Beaufort Castle on the first day of the War. The day I arrived on the kibbutz, was the day they were holding a memorial for Raz. I was a 17 year old kid from New Jersey and didn’t fully comprehend what was going on. But I learned fast.

Every time I see the movie Beaufort, I look for the moment, and it’s not more than a moment, where the memorial on Beaufort for Raz and the five others who lost their lives is seen. The memorial connected Israeli soldiers who served there between 1982 to 2000 to the six men who lost their lives taking the strategic fortress. And it connected me then to the war, and connects me to Israel in a way most Americans and others can’t. I always point that out when watching the movie with my kids who have faint memories of the Second Lebanon War much less of the summer of 1982. I want them to remember Raz too.

It still strikes me that my adoptive kibbutz family was Raz’s family. They welcomed me with warmth and friendship. I appreciated their friendship, and still fondly remember how they took me in to their family. How they managed to open themselves to me like that at all, much less with so much warmth, that summer of all summers, is still perplexing. I became friends with Raz’s brother and we still remain friends. I learned a lot that summer and still have deep, lasting memories, as well as a painting that Raz’s father made for me which is framed and has traveled with me since.

I’m also shocked how my parents didn’t seem to blink an eye that I was in Israel during the height of a war, unlike today when at the hint of a war or spike in terror, people don’t hesitate to cancel their trips.

Throughout that summer I traveled extensively throughout Israel on a bus filled with other American teens. I remember how the Israelis would always turn up the radio volume on the hour to hear the latest news. While I didn’t understand all the words, all I needed to do was look at Elisheva, our Israeli guide, as she fretted and cried over daily reports of more casualties of young soldiers like Raz. No doubt she was worried for her friends who were not enjoying a summer vacation but rather sweating in their uniforms in the height of battle.

I never met Raz but I am grateful for his heroism, and mourn his loss along with his family and those who were privileged to know him.

The experiences of the summer of 1982 are part of what drove me to live in Israel where all my children have spent most of their lives now, and where one was born. We have been touched by the endless battles for our survival through the deaths of people close to people we know as a result of war and terror. Each death leaves its mark. Each one adds to the complex DNA of what it means to be Israeli.

We have adopted and hosted lone soldiers, young men and women who have left the countries of their birth and comfortable lives, to live in Israel, to join the Israeli army, and to build a life here, for them individually and for us as a people. I look at them and think how awesome it is that a young man or woman who has other options, options Raz didn’t necessarily have or chose, decide to make their life in Israel and to defend her.

I look at my son who, in a year, will be joining the Israeli army and will likely be in a combat unit like Raz was. “They” say with the widening conflict among Arabs and Moslems around us, and the heavily rearming of Hezbollah in Lebanon, we are likely to have another war this summer. But “they” said that about last summer too. Somehow people assume that wars come in two year cycles and always happen in the summer. Therefore, we’re due for a war this summer.

Or maybe it’ll be in a year, or two, or three. Who knows?

One thing is for sure, the 1982 (First) Lebanon War may have given a respite to children of northern Israel, who no longer had to sleep in bomb shelters for safety, but it did not eradicate the threats from our northern neighbors. And that means, in all likelihood, there will be another war.

I look at my son and beam with pride, perhaps as Raz’s father did decades ago as his son was inducted into an elite military unit, that he’ll have the privilege to serve and defend our people and our land. And I look at my daughters whose friends, and my son in law, will be called into combat when the next war takes place. They are like Elisheva, and they too will fret and possibly cry over future casualties, God forbid, of people close to them.

So this week as we remember the miraculous victory of 1967, as the soldiers who liberated Jerusalem paused to remember their friends who had fallen in battle that week so many years ago, we should also remember Raz, and far too many others like him, who were killed in summer of 1982, and beyond.

And if all we can do is pray, we need to pray that such wars will not have sequels, not in Lebanon and not anywhere else.