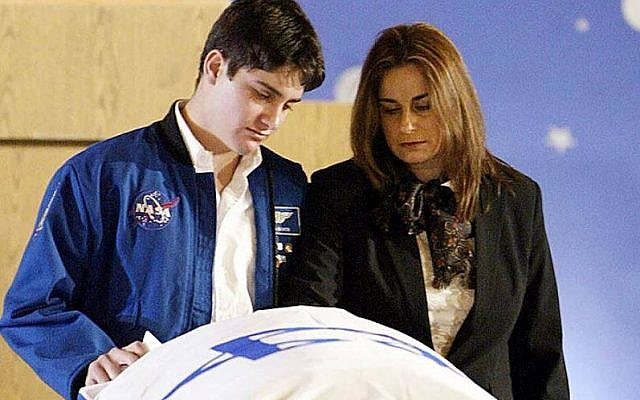 The entire country of Israel was in mourning this week when it was announced on Monday that Rona Ramon passed away after a battle with cancer. She was only 54 years old.  She was a huge positive influence in Israeli society. People from all over Israel, and indeed the entire Jewish world, from the President and Prime Minister and across the political and social spectrum paid respects to Rona and her legacy. 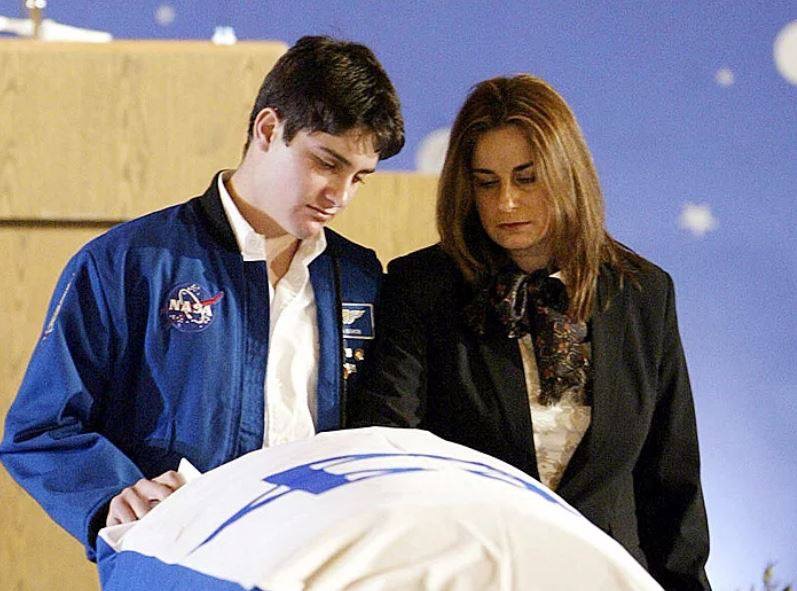 Rona and Asaf Ramon with the coffin of Ilan Ramon. Photo (c) Haaretz, 2018

Rona was the wife of Colonel Ilan Ramon, Israel’s first (and so far only) astronaut.  Sadly, Ilan died, together with the entire crew, on February 1, 2003, when the space shuttle Columbia disintegrated over Texas upon re-entry to the earth’s atmosphere after the completion of a successful sixteen-day mission in space.   Colonel Ramon was a highly decorated fighter pilot who had participated in Israel’s successful raid on Iraq’s Osiraq nuclear reactor in 1981. Posthumously he was awarded the Congressional Space Medal of Honour, the NASA Space Flight Medal, and the Distinguished Public Service Medal. Ilan is the only foreign recipient of the United States Congressional Space Medal of Honour.  He was 49 years old. 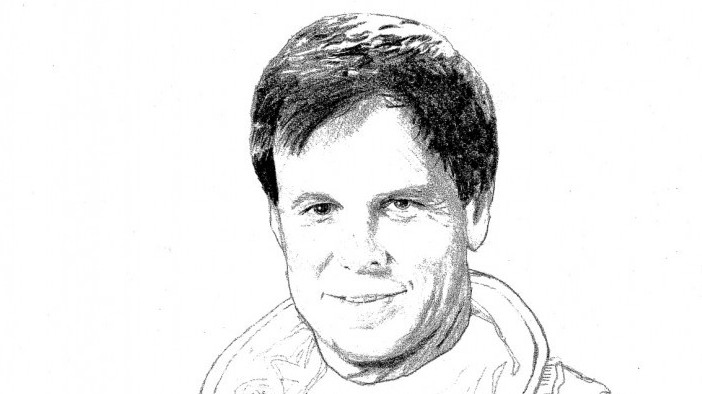 After Ilan’s death, Rona stood strong for her four children. Rona’s eldest son Asaf, faithful son of an admired hero, went on to be a fighter pilot like his father. Like his father he also graduated as the cadet of honour from this prestigious course.  This is what Asaf said on receiving his IAF pilot’s wings:

I am fulfilling a childhood dream. From dream to reality…what would dad say? Proud, happy, a second-generation graduation with honours from the pilot’s course. This is my high point in my relation to him…it’s an achievement like climbing an unconquered summit. Our parents gave us a personal example of how to achieve an appropriate balance between the goal and the path.

In September, 2009 Asaf Ramon’s F16 jet crashed in a training accident, killing him. He was just 21 years old.

Rather than wallow in self-pity. Rona turned her grief into something meaningful. She founded the Ramon Foundation, in their honour, to inspire and motivate young Israelis to strive for academic excellence, and encourage them to pursue their dreams. The Ramon Foundation leads Israel’s space education, nurturing a love for science and promoting leadership. The program includes children from all of Israeli society; Jews, Arabs, and other minorities.  The website of the Ramon Foundation states its goals:

Through the most advanced educational programs in the fields of science, aviation and space, the foundation aims to inspire a new generation of young Israelis with an exemplary sense of purpose and professionalism and to nurture the values of academic excellence, social leadership and ground-breaking courage.

Rona was recognised for her work and was honoured by the state of Israel by being asked to light one of the torches at the 68th national Independence Day ceremony.  This year she was present at the opening of Israel’s newest airport, the Ramon airport, near Eilat named in honour of her son and husband.

Despite the tragedies that Rona experienced, loosing both her husband and eldest son in service of the country, and both at young ages, she rose above it and rather than descend into grief she lived a life packed with meaning and purpose. Rona taught us that even if you are having a rough time, and life is throwing you curve balls, always think positively. Rona created the amazing organisation (the Ramon Foundation) that has positively affected the lives of many Israeli children from all backgrounds and helped them realise their dreams.   Rona was a courageous woman who kept her family’s tradition and memory alive. She was an inspirational education activist.  May her deeds and memory be for a blessing. President Reuven Rivlin expressed the feeling of all Israelis when he said, “Ilan and Asaf touched the skies and Rona touched our hearts.”  A meaningful way to honour her memory, and that of Ilan and Asaf is to donate to the Ramon Foundation and continue her dream.  http://ramonfoundation.org.il