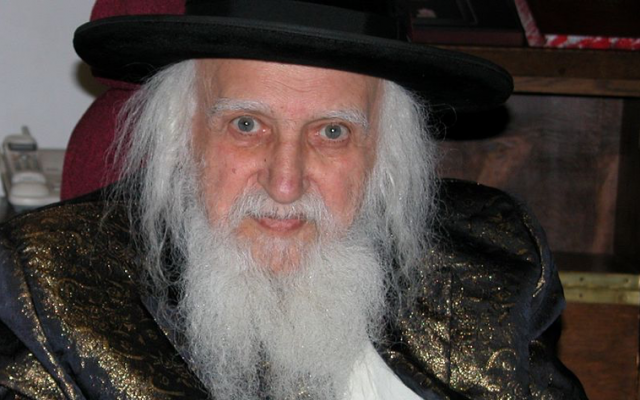 The Torah uses an unusual word to describe the condition under which the Jews left Egypt – חֲמֻשִׁ֛ים (Shemot 13:18). According to the well known Midrash, this is related to the word חֲמִשָּׁה – five – meaning only one of five left Egypt (Midrash Tanchuma – Beshalach 1:4). This implies that at least 8 million Jews died in the plague of darkness.* How can we sit down at the Seder and celebrate our freedom without even acknowledging a catastrophe of such immense proportions? Some suggest that the Midrash is not to be taken literally.

Last Sunday, seemingly out of nowhere, someone who saw my Midrash blog on Times of Israel, started a dialogue with me on this subject. He then searched source sheets on sefaria.org and found a quote from a great Torah scholar named Rav Menashe Klein zt”l, (1924–2011) – the Ungvarer Rav of Brooklyn, and in his later years, Israel. Besides authoring 25 volumes on Torah, he wrote an 18 volume responsa entitled Mishneh Halachos. There he says that the 4 cups of wine represent both the mourning and consolation for the four fifths of the Jewish People who died in Egypt. The wearing of a white Kittel” (a traditional burial garb) also signifies mourning. Furthermore, other than the joy we should feel on every Yom Tov, there is no specific joy associated with Pesach like there is, for example, for Sukkot. Again, this is due the calamitous loss of so many Jews during the plague of darkness. The fifth cup, Eliyahu’s cup, represents the cup of the living, and we pray that all those who perished will be resurrected and rejoin the Jewish People.

Seeing this calamity through through the lens of the Holocaust

Does the Rav’s novel approach have anything to do with the fact that he lost his entire family in Auschwitz? I can’t prove it. However, a Mishpacha Magazine article on Rav Klein zt”l fills in some interesting details. Rav Klein went from Auschwitz to Buchenwald, where he was liberated in 1945. “He was then evacuated by train together with 427 other children and teenagers — among them the previous Kretchnifer Rebbe, Rav Yisrael Meir Lau, his brother Naphtali Lau-Lavie, and longtime friend Elie Wiesel.”

Before Auschwitz, the young  Menashe Klein was forced into a ghetto where he met up with his former Rebbe, Rav Yosef Elimelech Kahane Hy”d. The Rav, who was 84 and suffered greatly at the hands of the Nazis, pleaded “Mach mir a vinkele – make me a corner.” Of course, Menashe Klein cared for his Rebbe and fed him every day until they were all taken to Auschwitz and the elderly Rabbi was “selected” for the gas chambers. Many years later Rav Menashe Klein zt”l fulfilled his Rebbe’s plea, “Mach mir a vinkele,” by building Kiryat Ungvar (a section of the Ramot neighborhood in Jerusalem) in memory of his beloved teacher.

“During the dedication ceremony, Rav Shlomo Zalman Auerbach asked one of Rav Klein’s sons, “Tell me about your father. In which yeshivah did he learn?” The son answered, “In Yeshivas Auschwitz.”

*A census taken in the desert (Bamidbar 1:46) records well over 600,000 men over the age of 20. (Bamidbar 1:46.) If there were an equal number of women and even more children that would add up to at least 2 million Jews. If four fifths perished that would put the number at a staggering 8 million Jews who never made it out of Egypt.