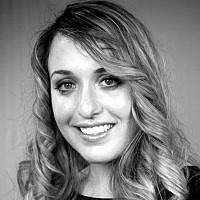 The Blogs
Gabriella Hoffman
Apply for a Blog
Please note that the posts on The Blogs are contributed by third parties. The opinions, facts and any media content in them are presented solely by the authors, and neither The Times of Israel nor its partners assume any responsibility for them. Please contact us in case of abuse. In case of abuse,
Report this post.

On June 1, 2001, the Dolphinarium discotheque – once a popular nightclub frequented by young Israelis, especially Soviet émigrés – became center stage for one of the deadliest suicide terror attacks in Israel’s history. It occurred at the height of the Second Intifada and subsequently changed the course of the Arab-Israeli conflict.

Suicide bomber Said Khutari, 22, came to the Dolphinarium discotheque with the intent of causing mass destruction. Reports allege Khutari taunted his victims before the attack. He then banged on a drum laced with explosives and ball bearings, and went on to blow himself up, kill 21 youngsters, and injure 132 club goers. He carried out the attack in the name of Islamic Jihad and had ties to Hamas.

One of Khutari’s victims was my cousin Simona Rudina (Rodin).

Shortly after the attack, my dad received a call from his cousins in Israel. We were in disbelief over the news that Simona had been killed.

Simona was the daughter of my dad’s second cousin Mark. My dad, his brother (my uncle), and his sister (my aunt) grew up with Mark in Vilnius, Lithuania, or the “Jerusalem of the North.” Although my dad and his siblings lost touch with Mark after he and his family immigrated to Israel, they were saddened to learn about Simona’s fate.

Like the United States, Israel was another refuge for Jews facing persecution in the former Soviet Union. Like many Soviet immigrants who went to Israel, my relatives didn’t have the expectation of being targeted by terrorists.

Endless terrorist attacks unleashed on Israel have devastated the nation. Nevertheless, this particular terrorist attack helped consolidate the need to erect the security fence. As a result, the “Fence for Life” movement was formed.

Much to the dismay of anti-Israel activists, the security fence has shielded off many terrorist attacks and has reduced attacks by as much as 90 percent. If that security fence had been built earlier, my cousin Simona and countless other victims of Hamas terror attacks pre-2002 would have been spared from death.

Shamelessly painting the security fence and Israel as an “enabler of apartheid” and “terrorist nation,” respectively, is insulting and deeply inaccurate. Israel has the right to defend herself from aggressors and those who wish to inflict harm on her.

With forthcoming peace talks set to take place, Israelis shouldn’t be quick to concede land for peace. If the lone democracy in the Middle East were to revert back to pre-1967 borders it would be vulnerable and susceptible to attack. It’s foolish to give Israel’s enemies the green light to attack her.

The late Israeli Prime Minister Golda Meir famously opined, “We will only have peace with the Arabs when they love their children more than they hate us.”

The takeaway from the Dolphinarium discotheque terrorist attack is this: Don’t submit to those who wish to undermine Israel and the Jewish people.

Visit www.dolphi.org to learn how to honor the memories of those killed on June 1, 2001, at the Dolphinarium discotheque in Tel Aviv, Israel.

About the Author
Gabriella Hoffman is a young conservative blogger and activist based in the Washington DC area. She graduated from UC-San Diego in June 2012 with a B.A. in Political Science.
Comments