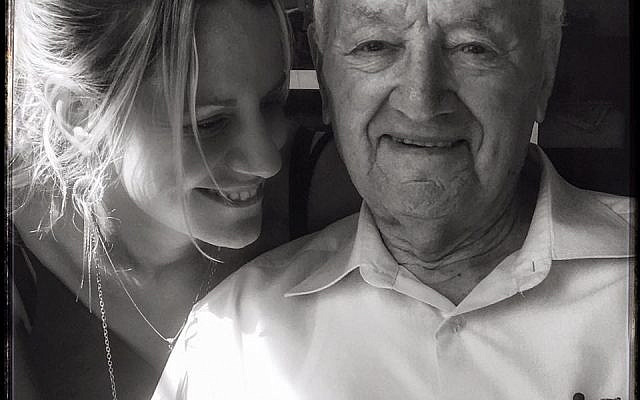 My friend died on January 21.

But he didn’t die of “old age” because even though he lived a whole entire century, he’s the kind of person who never seemed “old.” 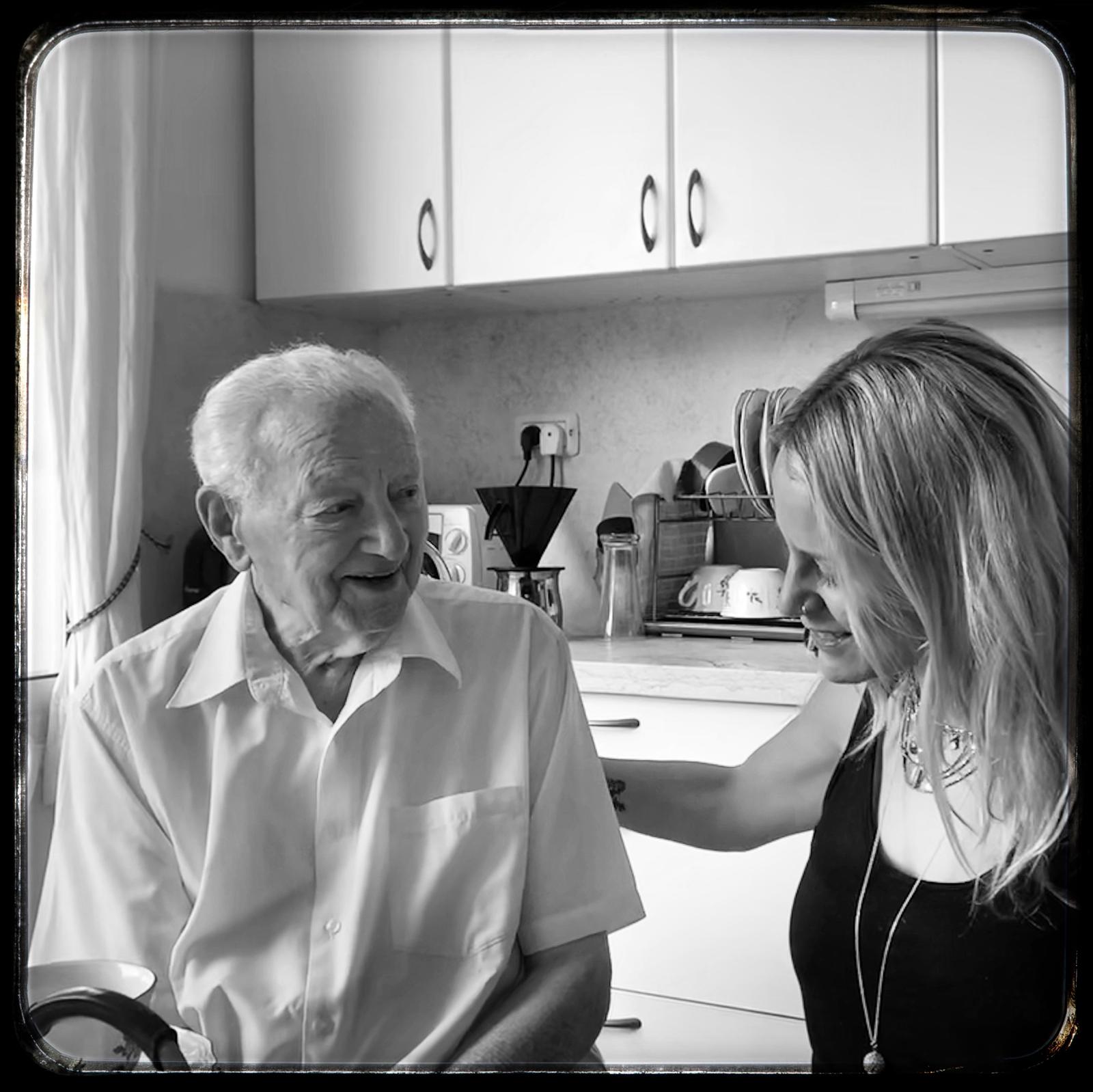 His name was Woolf Marmot.

We met several years ago. His daughter Claire is a wonderful friend of mine.

He was an avid reader of Times of Israel and he told me my writing shocked him.

(And that seemed to delight him.)

He would host these wonderful breakfasts for our little group of friends, and we would dine on fine French cheeses and homemade jams in his kitchen bright and early with the sun steaming in through the open window.

(He is one of the few people in the world for whom I’d wake up voluntarily before 10 am.) 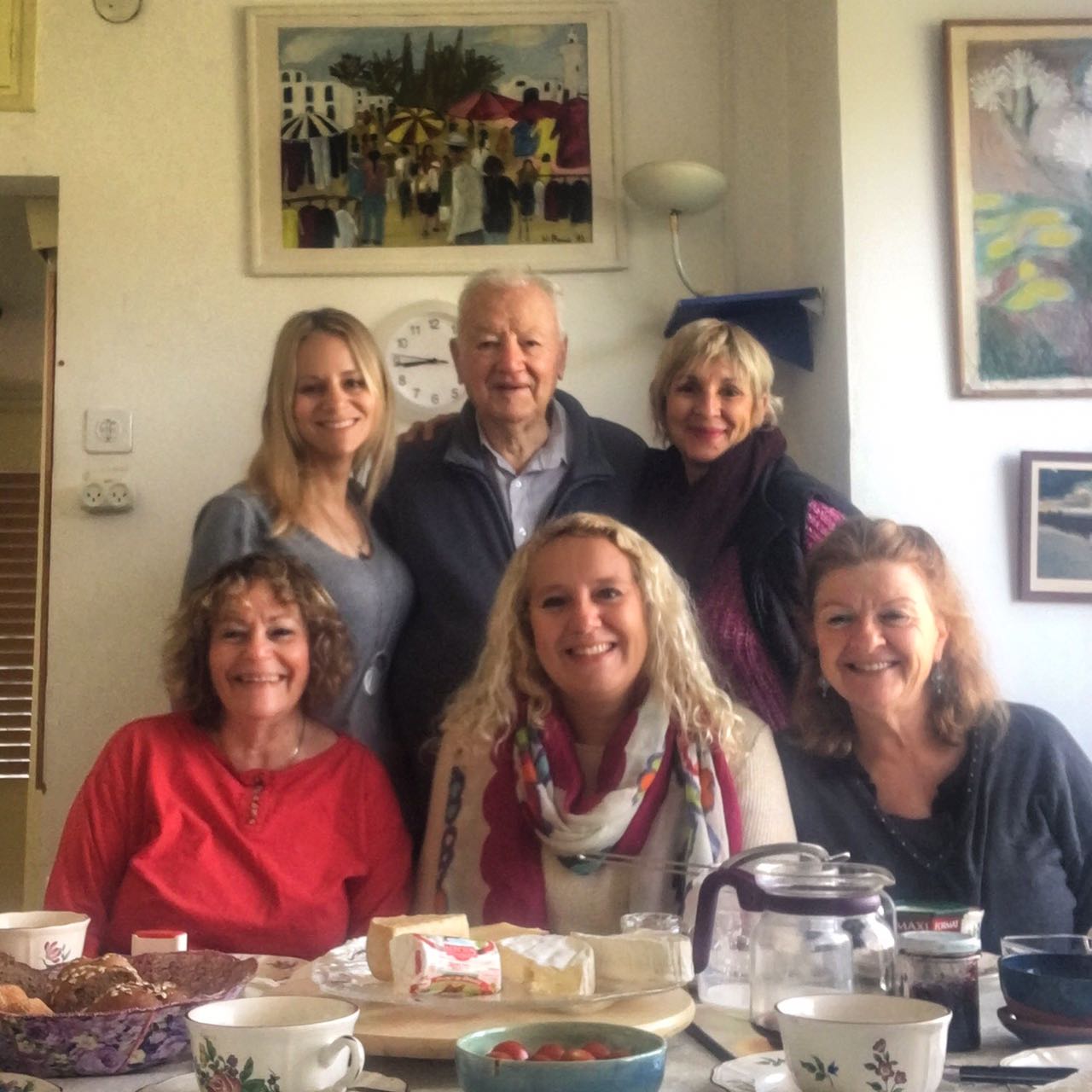 We would sit together and he would pour coffee for us with heated milk into a beautiful little cup with dainty pink roses on it.

Then he would open the window and feed the birds. 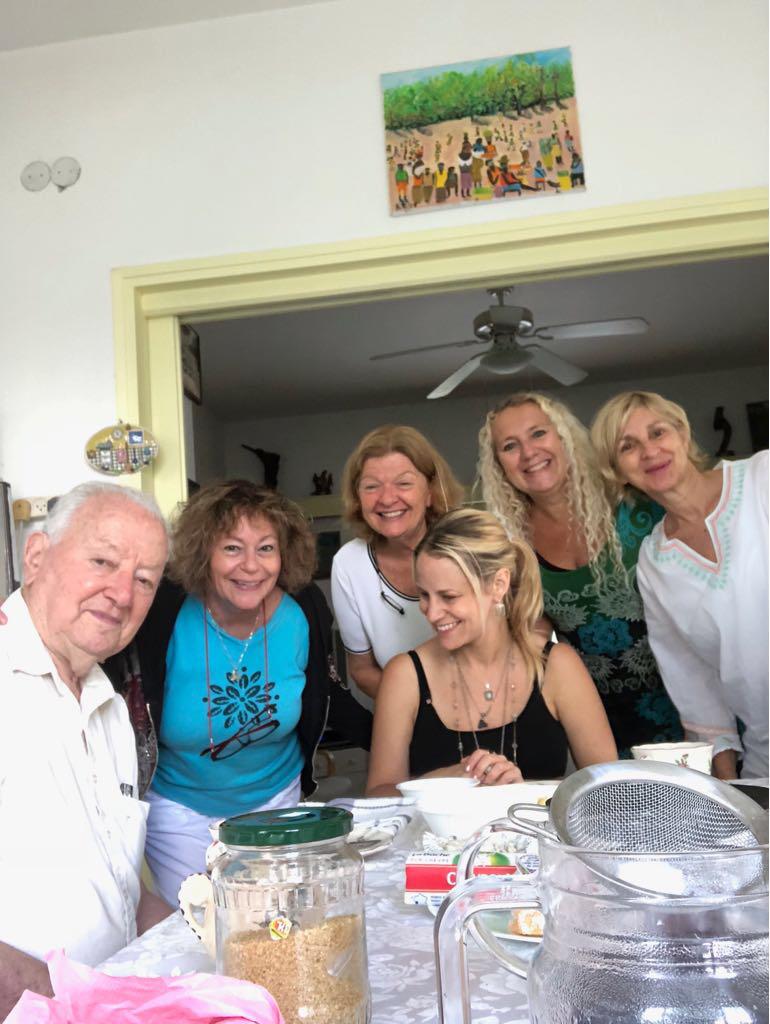 He loved learning – and he was genuinely interested in people. All kinds of people. He was the kind of person who felt that he could always learn more — and that the people he knew were the most fascinating teachers. 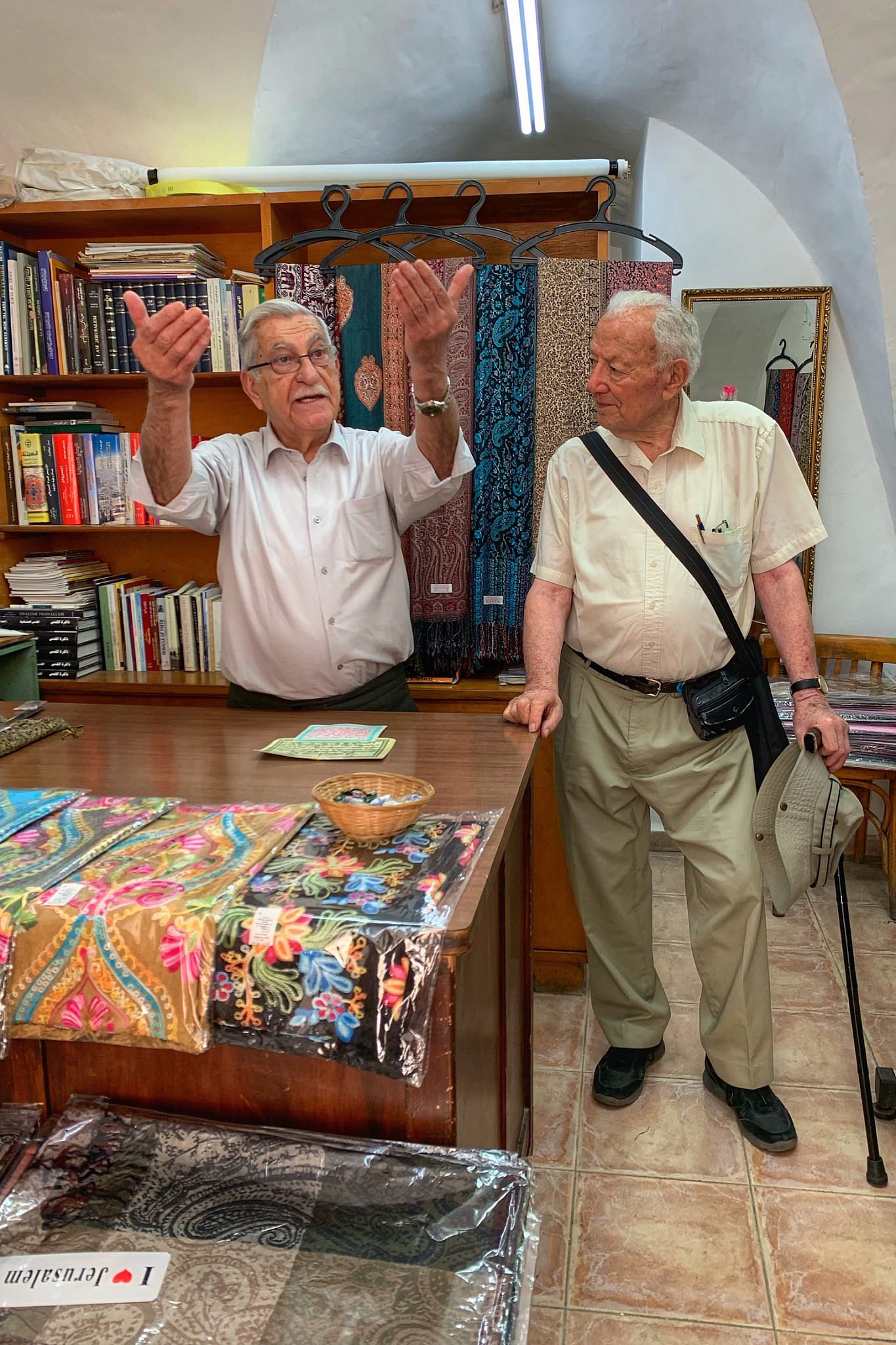 He was a devoted husband and father to three incredible women and a wonderful grandfather and great grandfather.

He was also an artist.

He would invite my kids over and they would paint together on that big kitchen table. 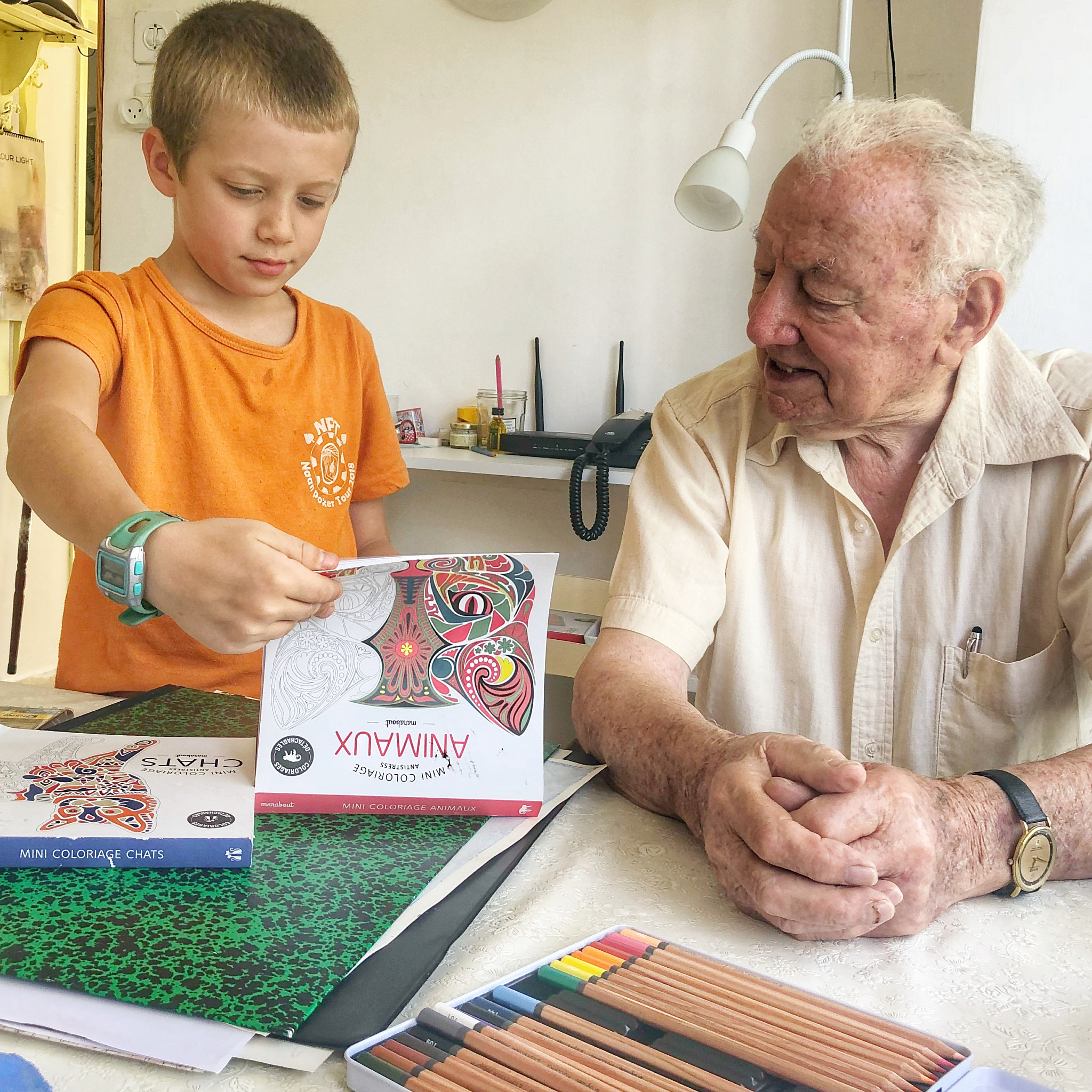 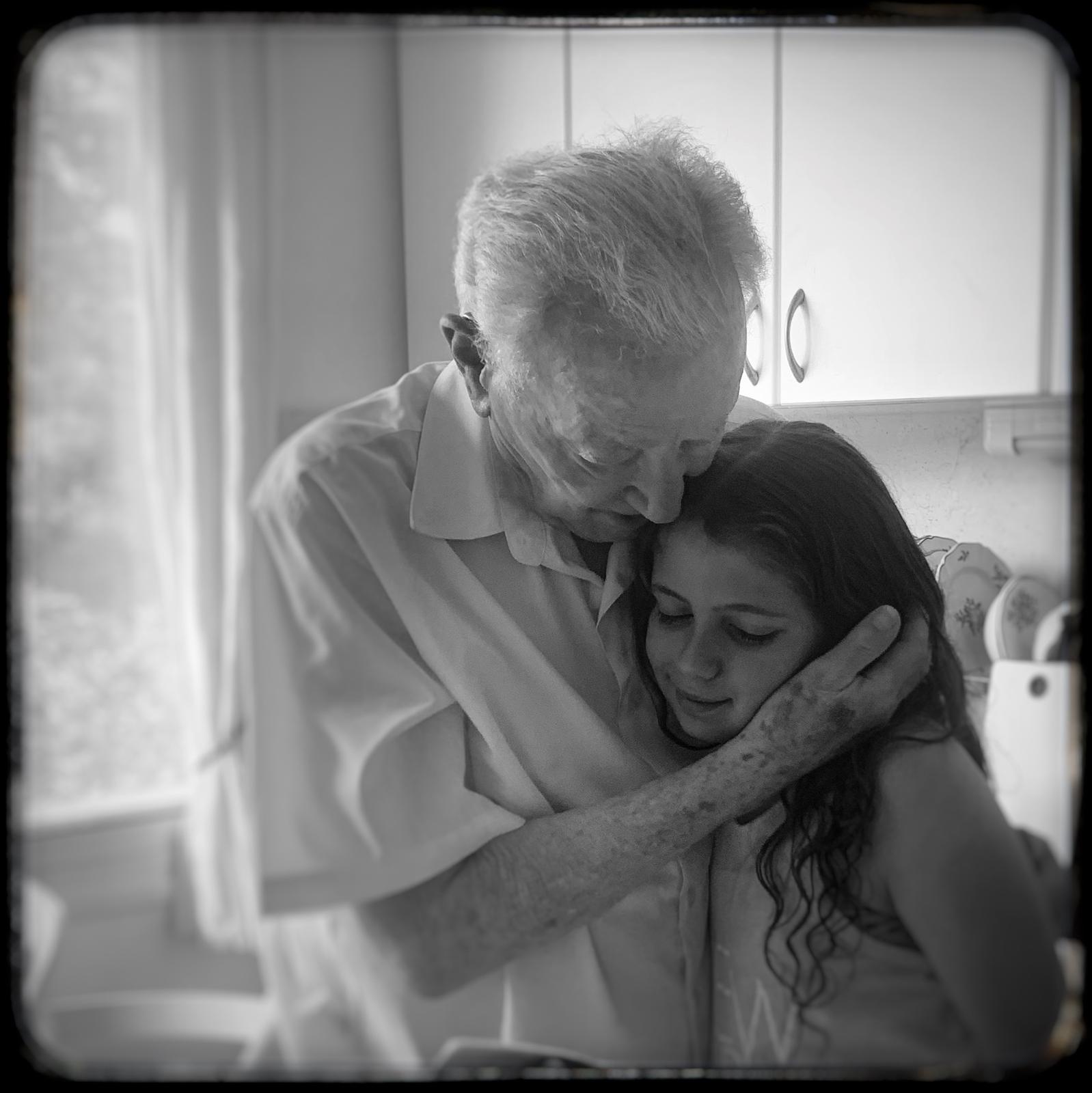 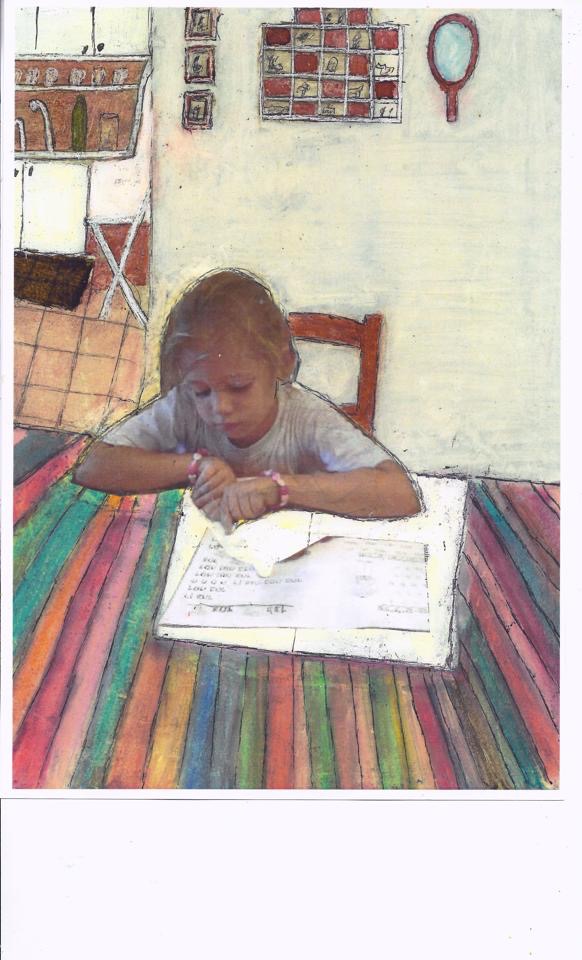 I would send him photos of Jerusalem and he would paint them. 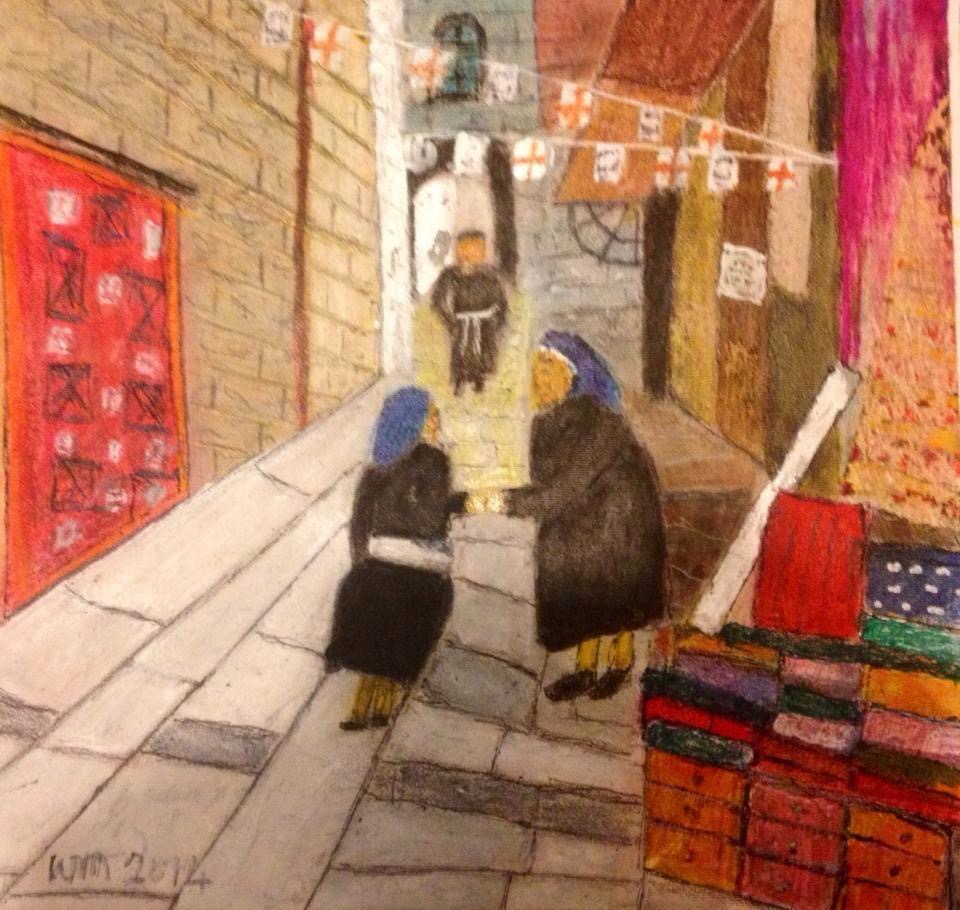 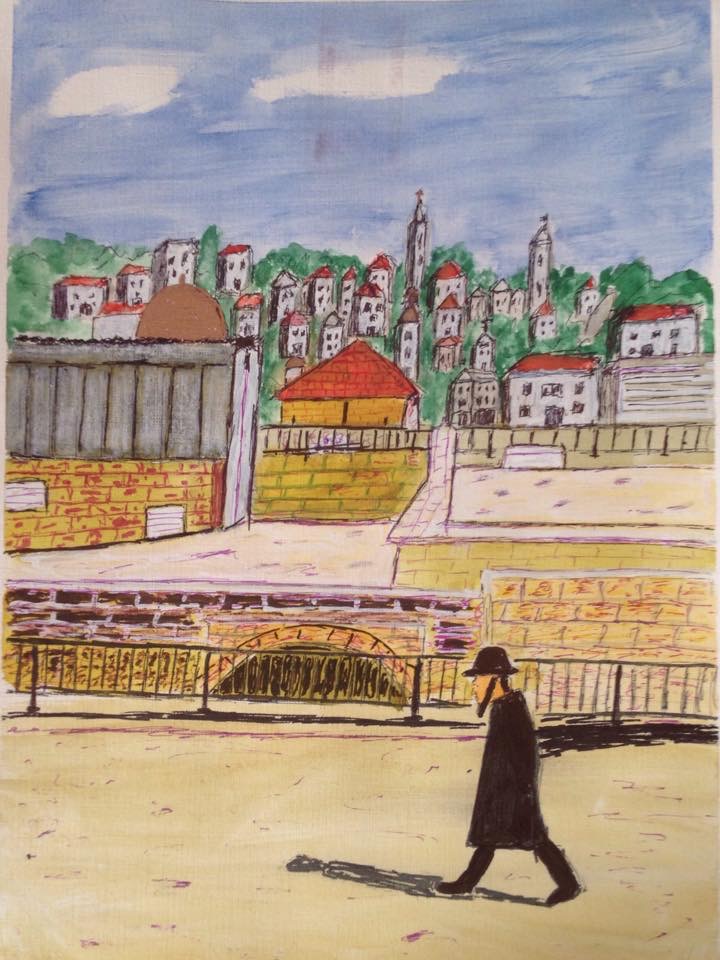 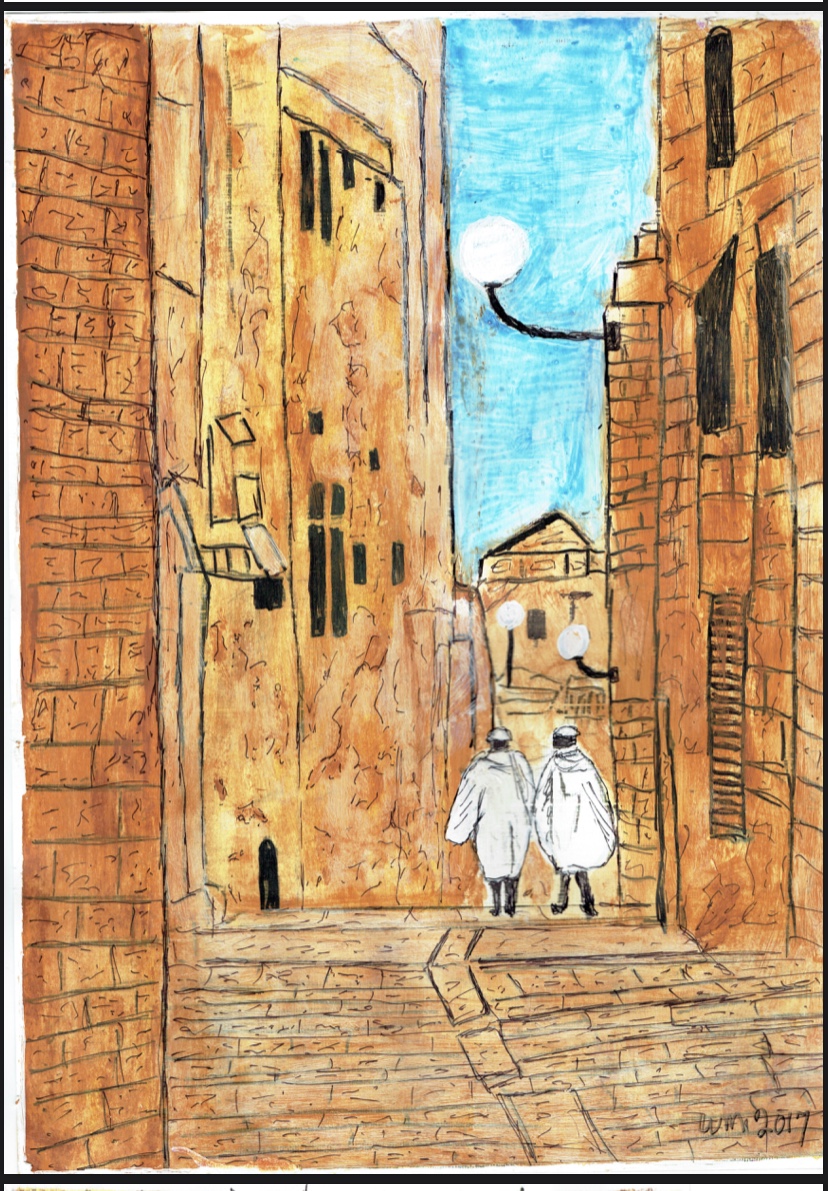 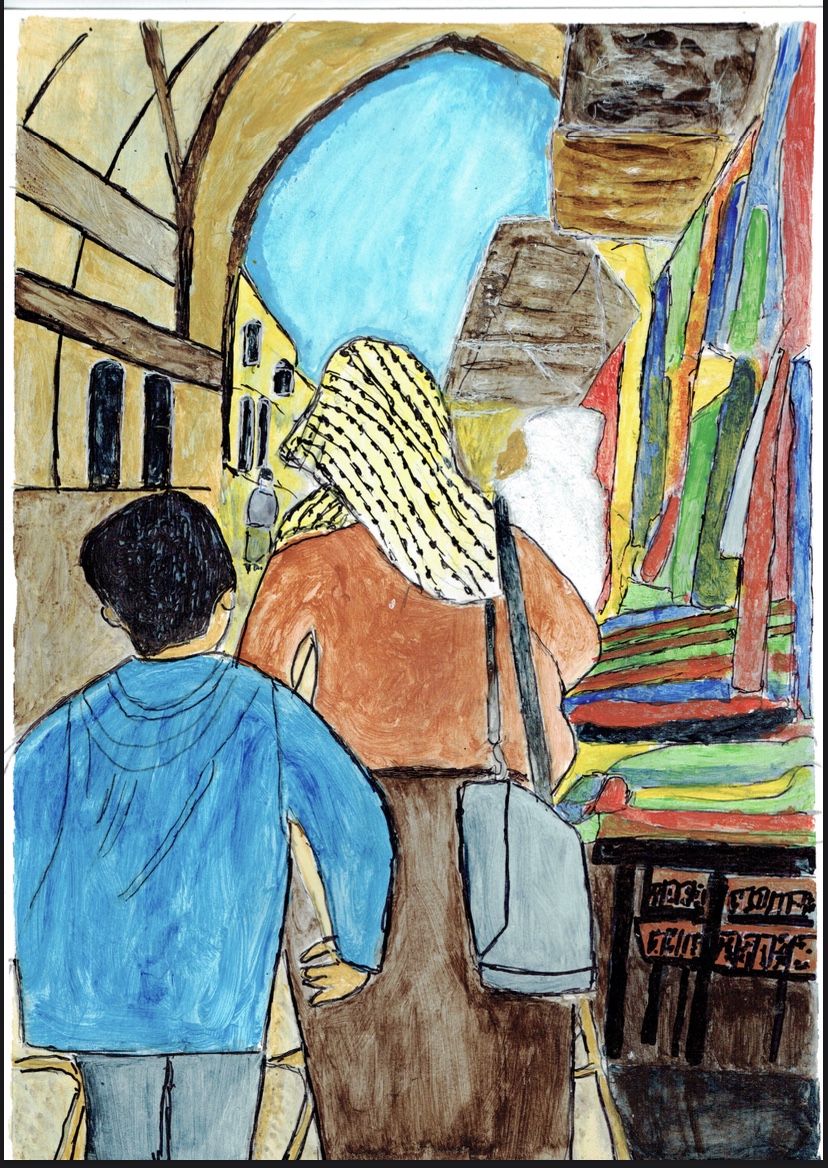 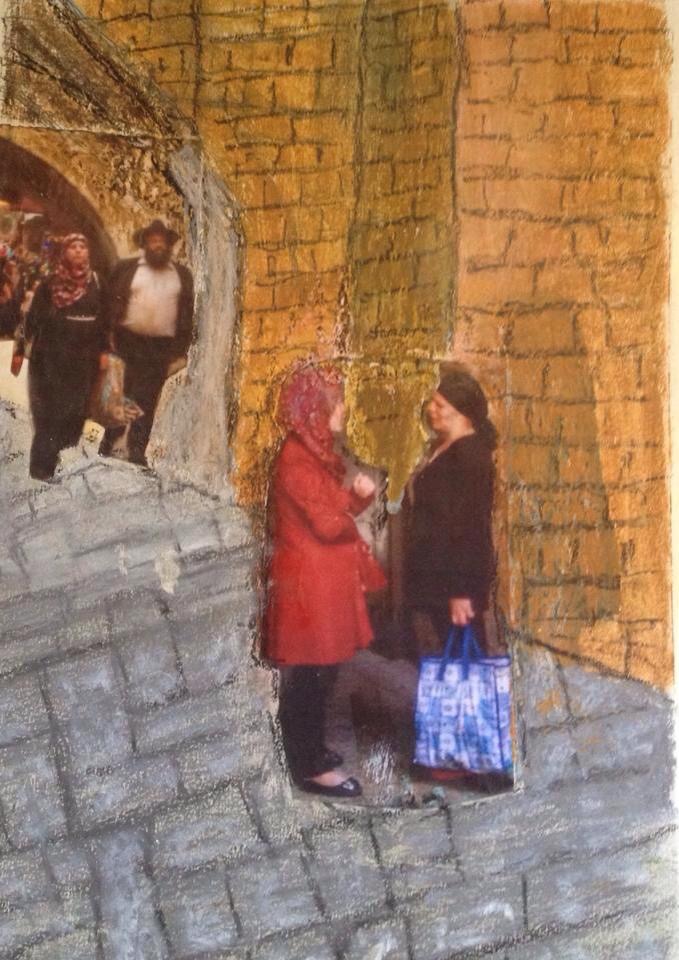 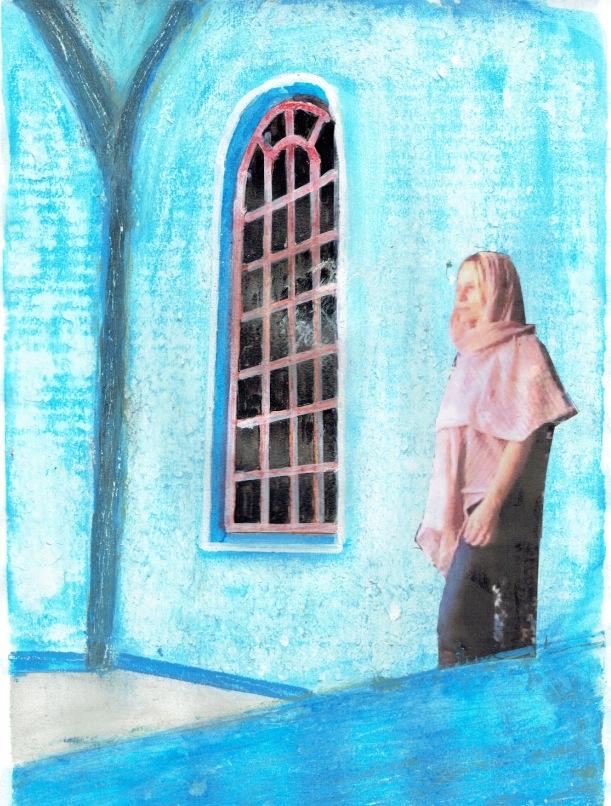 He loved Jerusalem. And he was interested in all the secret doors and windows and rooftops and cisterns that I knew.

In fact, I think he’s the first person to read a draft of my book about living in the Old City.

We would spend time wafting around the old city together – The last time was a few months ago when he was 99. 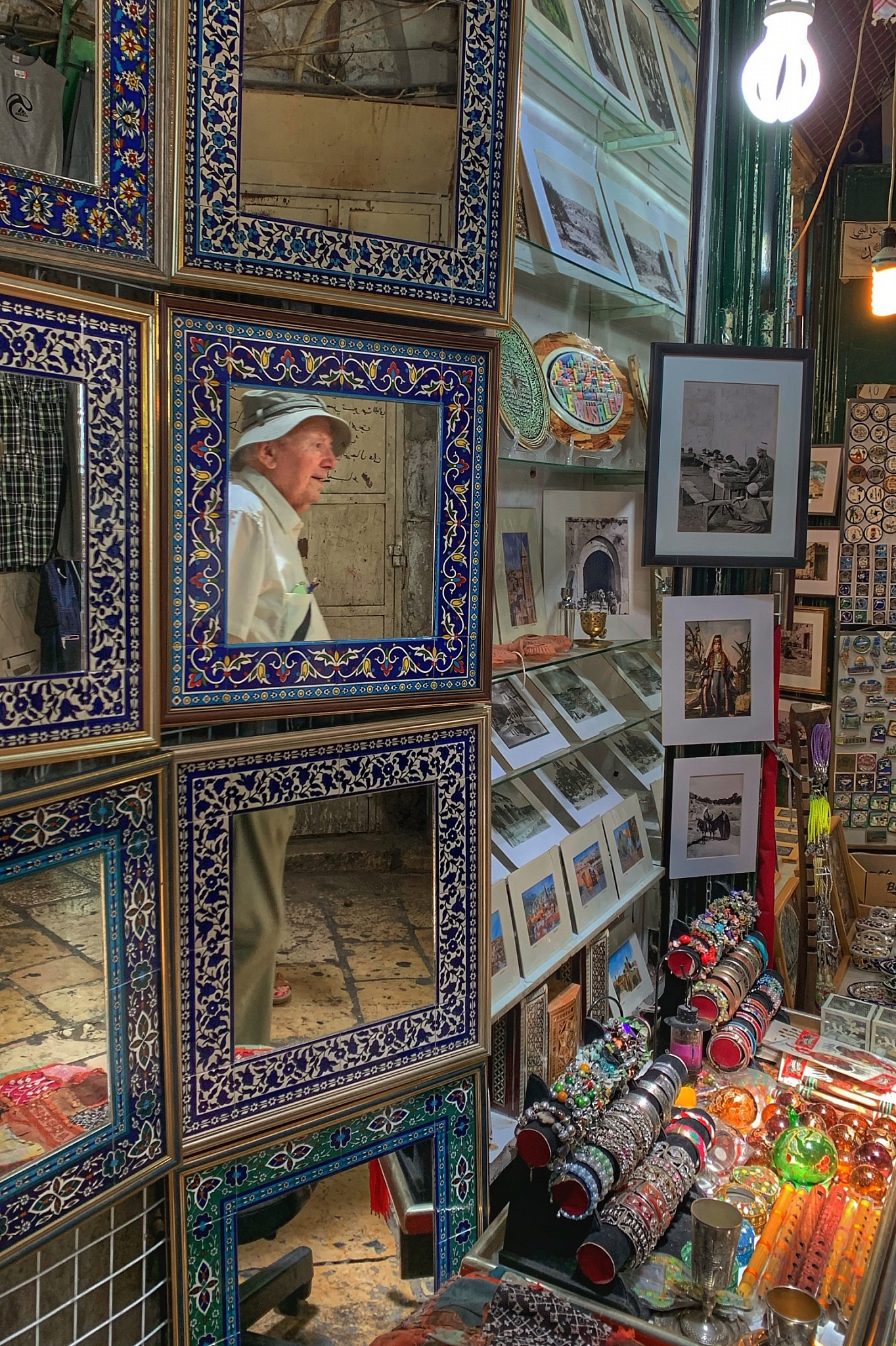 It was hot and dusty out, the sun high and white and pitiless in the sky …. and he was just fine.

(Meanwhile, I was exhausted and I slept on the way back while we listened to Ella Fitzgerald and he hummed along.) 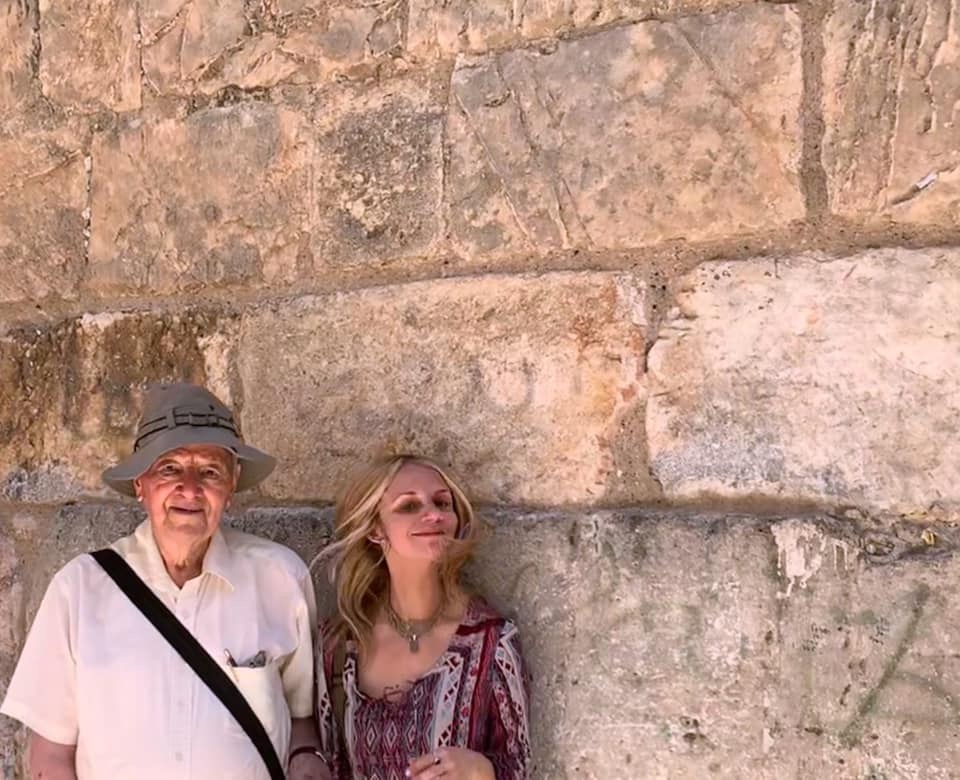 He was also a hero in many ways and I want to tell you a story about him:

After fighting the Nazis in WWII in North Africa and Italy, he was sent to British mandate Palestine with his regiment. 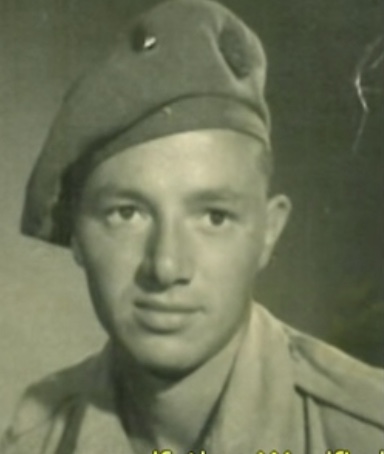 He did a very brave thing:

When a ship of Holocaust survivors and refugees steamed into Haifa harbor before the establishment of the State of Israel, despite the rule that such a ship should be turned back to the unyielding refugee camps in Cyprus, he said no.

He would not turn that ship around.

His commanding officer understood his moral crisis as both a British soldier and a Jew , and sent him to be stationed in Egypt – a long trek across the Sinai from the woman he loved and would some day marry and make a gorgeous family, a family very much informed by courage, humor, abundance, and generosity. 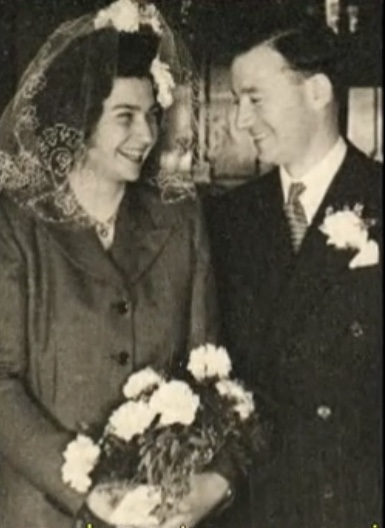 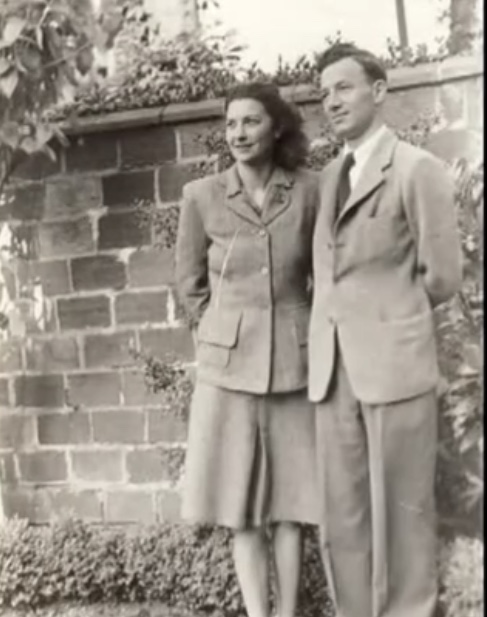 This man – this wonderful man – is the greatest of the Greatest Generation – though he was far too modest to agree.

I have more photos I want to send him and more pictures I want him to paint. There’s an old cistern I want to take him because I know he’d love it.

I am very sad.

I am very, very sad.

And I am also very, very lucky to have had such a wonderful friend. 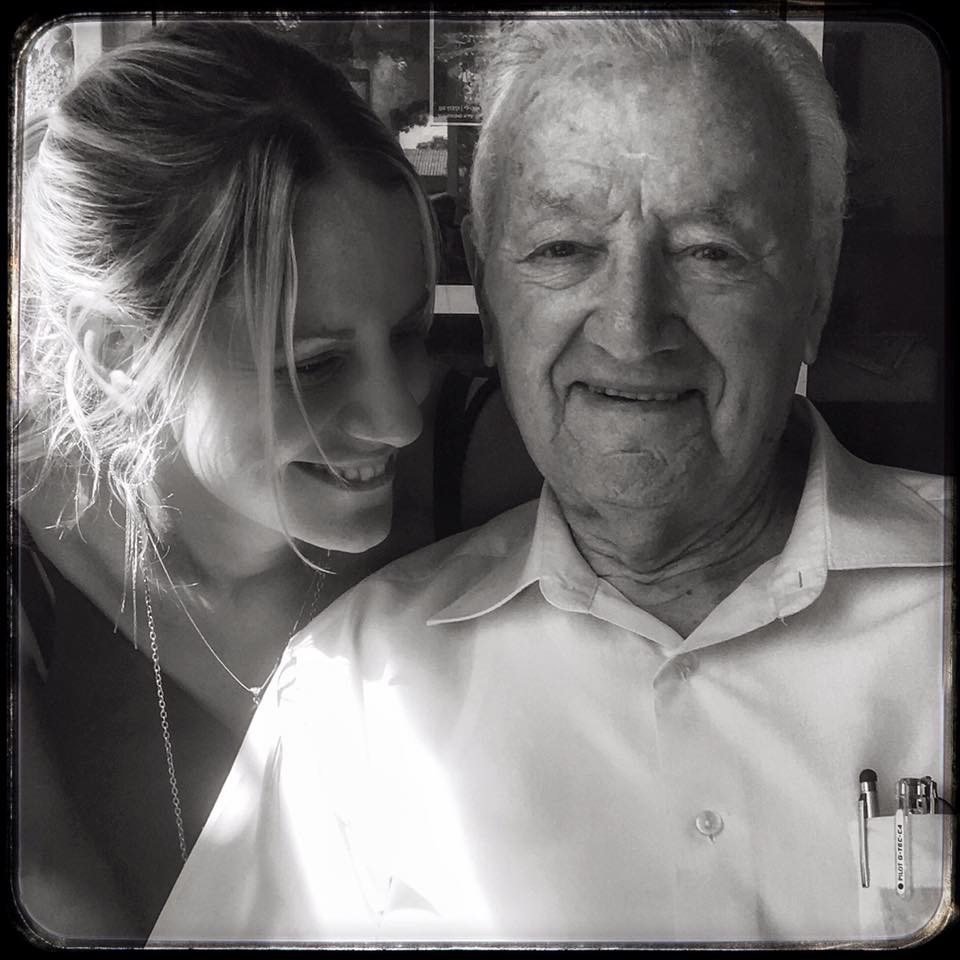