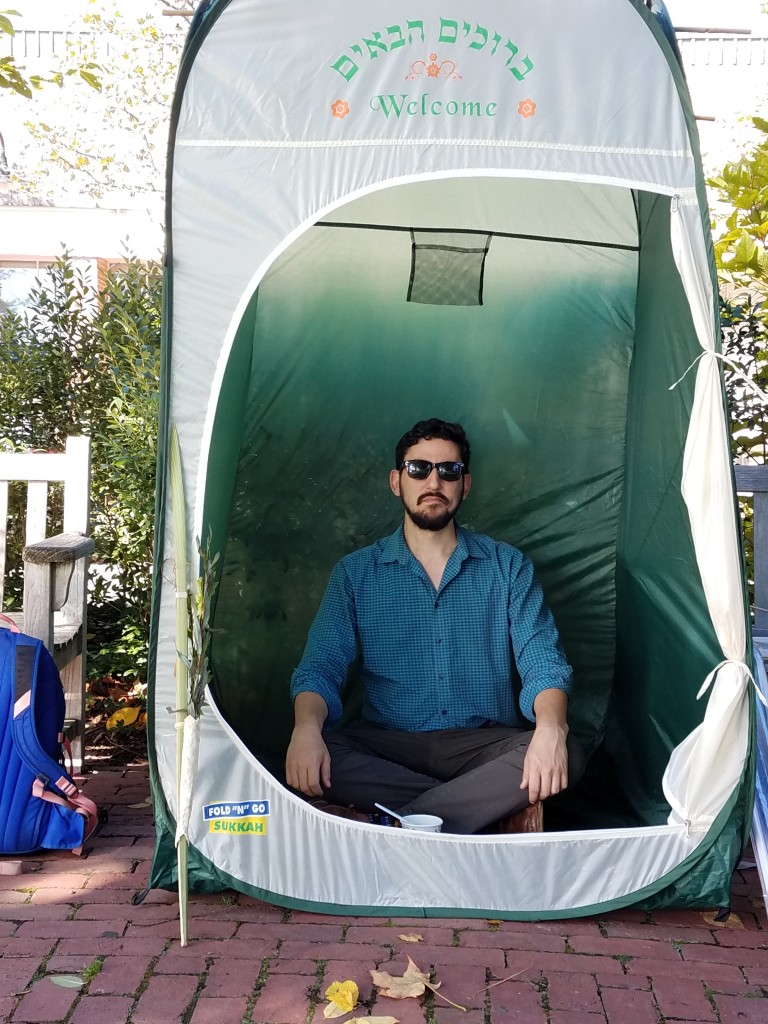 It has been a wondrous and busy holiday season filled with Sukkot fun – we hiked, we flew kites, we shared meals, we meditated in the sukkah, we told stories in the sukkah, some of us slept outdoors in our sukkah, we danced and danced with the Torah scrolls last week and so much more.

But one of these joyous times was also the most strange.

It occurred last Wednesday morning on the last day of Sukkot.

The seventh day of Sukkot is also called Hoshanah Rabbah – the great Hoshanah – the day when we circle the congregation seven times with our lulav and etrog – the palm, willow, myrtle branches and the citron fruit.

Ancient Israelites circled the Temple in Jerusalem seven times in a majestic parade – today it is on a smaller scale as we circle the Torah in our synagogues, but it is still pretty neat. 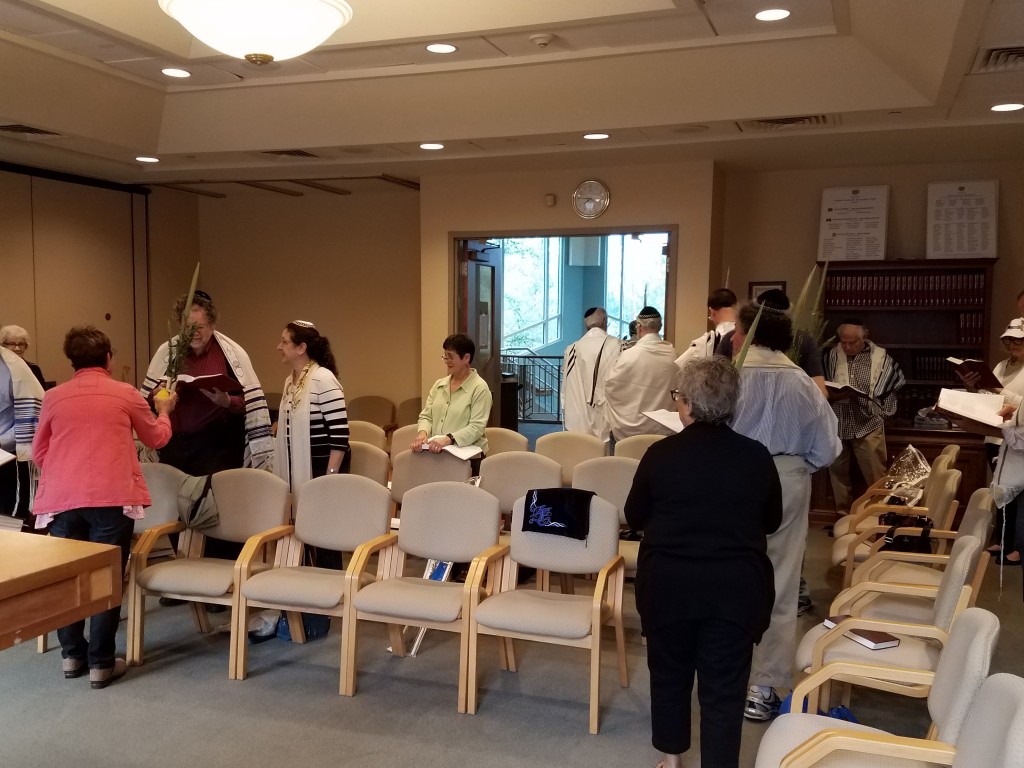 Hoshanah Rabbah in the Large Chapel of Temple Emunah

If you have never seen or participated in it, mark you calendars for next year when it falls on a Sunday, September, 30, 2018.

At the end of this experience, we enjoyed breakfast together in the sukkah and Mike Rosenberg shared the following story which took place many years ago when the chapel window faced the parking lot in the old building (today it is our Pious Chapel). 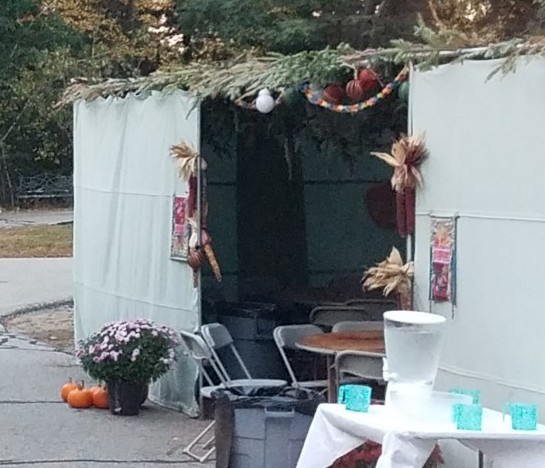 The Garber Sukkah at Temple Emunah

A high school age boy joined the Sunday morning minyan on Hoshanah Rabbah. The teen explained that he was a student at Concord Academy and was fulfilling a research project on comparative religions at the last minute. He spotted the service time in the newspaper.

Linda Portnay took him aside and said, “Whatever happens, I’ll be glad to explain it to you when we’re finished.”

Everything was fine, although Linda had to send some reassuring whispers during Hallel as the lulav and etrog were shaken.

And then, when everyone lined up to begin the Hoshanot processions, she repeated her offer – “I’ll explain everything at the end.”

He hung in there through all seven processions. Then, at the end, everyone began to beat the aravot – the willow branches, knocking off their leaves against a hard surface.

When the members of the minyan looked out the window, there he was, sprinting across the parking lot. Linda said something to the effect that, “I wish he had waited so I could explain. Now he thinks this is what we do every morning.”

Of all the strange rituals in our tradition, this may in fact be, the most unusual.

One explanation is that it falls more in the folk tradition side of our religion. Just like as we throw bread into a body of water during tashlikh on Rosh Hashanah, symbolizing how we are “throwing away” our sins, we are stripping the willow branches of its leaves as a metaphor for how we want to remove sin from ourselves.

Our old, blue Siddur Sim Shalom explained it like this: “We symbolize our determination to separate sin from our lives by beating the willow twigs five times against the floor or hard surface [we do it outside these days!], causing leaves to fall.”

But our new siddur, Siddur Lev Shalem, takes it to an even deeper place explaining: “The modern exegete Yaacov Vainstein points out that we beat the willow until it loses its leaves – symbolizing that just as the tree, after losing its leaves, renews its life each year, so too each person can gain fresh strength and go out to the world renewed. Each year we are called upon to discard something of the year past – something that led us astray, or might now lead us astray – so that we might live life freshly [renewed].” (Siddur Lev Shalem, p.400)

What a wondrous notion!

As the holiday season comes to a close, after teshuvah – repentance and self-transformation, after being filled with a sense of gratitude at our joyful outdoor harvest festival, we are invited to shed parts of ourselves that are not helpful so that there can be room for new life and new growth.

The same notion can be found in our Torah reading this morning.

The famous story of the flood and Noah’s Ark takes us on a complicated journey as the Torah attempts to make sense of a natural disaster.

As a modern thinker, I look at other sources to help me better understand the message that the Torah is trying to convey. We have extra- and pre- biblical sources. There are other documents like the Gilgamesh Epic that also speak of an ancient flood that took place about 7,000 years ago; archeologists have even found a tablet from almost 4,000 years ago that describes the event with animals being

saved from this natural disaster two by two – just like the version in our Torah.

That the Torah incorporated this narrative that was well-known in the ancient world is not surprising, but what I look for are the differences.

By the way, Rabbi Robert Wexler of American Jewish University has a fascinating essay in the back of our Etz Hayim Humash about ancient near eastern mythology.

The most important thing I learn from this narrative is what happens at the end – the renewal and the moral commands. After the flood, our Torah describes a re-ordering of the world.

As Rabbi Harold Kushner explains: “Humankind must now be re-established on more secure moral foundations then before. New norms of behavior must be instituted.

And the possibility of a future cataclysm must be laid to rest, lest it have a paralyzing effect on human progress.” (Etz Hayim, p.50)

Noah is given moral laws not to murder other human beings. There are laws about how to treat animals if they must be consumed for food.

Our rabbis enumerate seven distinct Noahide commandments – universal laws that are incumbent upon all humanity:

And there is the sign of this universal covenant with all humanity: the rainbow. God promises never to destroy the entire world through a natural disaster. 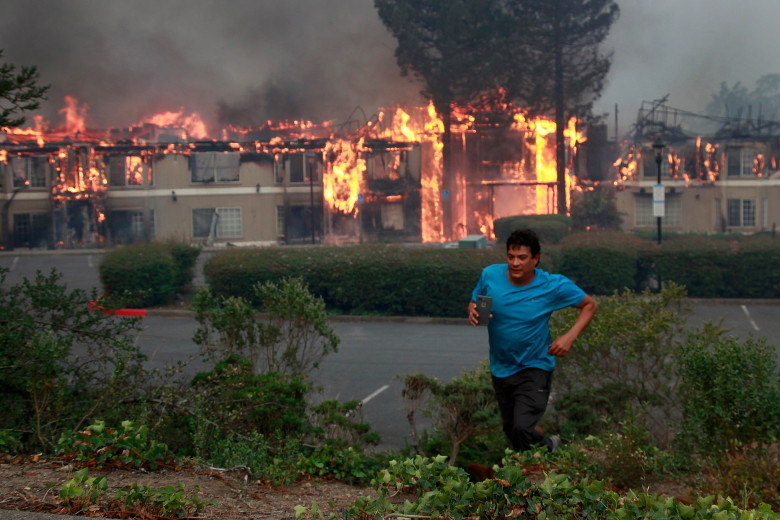 But as we fast forward thousands of years, we see that there are plenty of natural disasters. In this last month or so, devastating hurricanes have decimated parts of Texas, Florida, the Caribbean and almost all of Puerto Rico. A month later, 80% of the island still does not have power and a third of the residents do not have water. Beyond wind and rain, we have the deadly impact of fire, as Northern California suffered some of its worst forest fires in years. A Jewish summer camp was burned to the ground. I should note that Camp Ramah in the Rockies also had a serious fire that burned its main building down earlier this summer.

I want to offer three distinct lessons we can learn from these catastrophes.

First, the environment – there is no doubt that human beings are having a major negative impact on this planet and the temperatures are rising. The only upside now is that we can stay in Massachusetts year round since Florida weather is starting to move here….

But seriously, this is no joke. The Torah warns us in the text we recite as the second paragraph of the Shema: if we keep the mitzvot, including those about protecting nature, then we will be sustained by the land, but if we do not…it will not be good.
We are starting to see that “not good” and it is not pretty. Let’s all get back to what we can do – recycle, reuse, use less, compost, bike to work, buy more fuel-efficient vehicles, switch to solar power, drink tap water instead of bottled, advocate for better policies. Instead of pulling out of the Paris Accords, our government should be increasing our efforts.

Second, how do we respond in the face of a disaster? How does our government act? Do we send aid quickly as we did for Texas and Florida or not so quickly, as in the case of Puerto Rico? And if so, why? And why did 69 members of Congress vote against a climate-disaster relief package for the people of Puerto Rico and northern California devastated by hurricanes and wildfires, respectively?

We need to do our part as well. Here in Lexington, we will be filling a shipping container at Hancock Church that will be sent to aid Puerto Rico as well as sending funds to purchase generators and water-purifiers. We will send out information about how you can be a part of this effort by donating funds, critical items, and/or your time.

The third and final lesson is renewal. There is a good side to these natural disasters. While they may be more devastating due to human beings’ negative contributions, they are also a part of the natural cycle of life. Forests rely on fires to stimulate new growth. Forest fires release valuable nutrients stored in the litter on the forest floor. They open the forest canopy to sunlight, which stimulates new growth. They allow some tree species, like the jack pine, to reproduce, opening their cones and freeing their seeds.

Moderate floods in rivers and certain riparian areas can sometimes be helpful as they can use a flushing out every now and then. As it spreads out, a flood can lose some of its power, slowing down over a larger area, allowing the floodplain to do its job.

Of course, there are great problems since humans have diverted water into smaller areas than nature intended through our use of dams and man-made structures and those can make for hazardous conditions. Further, building on coastal areas leads to much more tragic consequences from flooding.

Thus, while floods and fires are often too destructive, there are some positive elements.

So, it is with the willow ceremony – like the trees that lose their leaves each autumn, we both think of the coming winter and look beyond, to see the rebirth and renewal that will occur in the spring.

During this season, we hold onto the gift of renewal that lies in the future. As human beings, we can see beyond this moment – to a future, one that contains new hope and possibility.

Even as we deal with the challenges of this time, challenges that will have serious impacts on our planet, we know that if we return to the core teachings of our Torah, we are provided with an ethical map of how to do more and better for ourselves and the world.

May we and the world start moving toward that renewal. 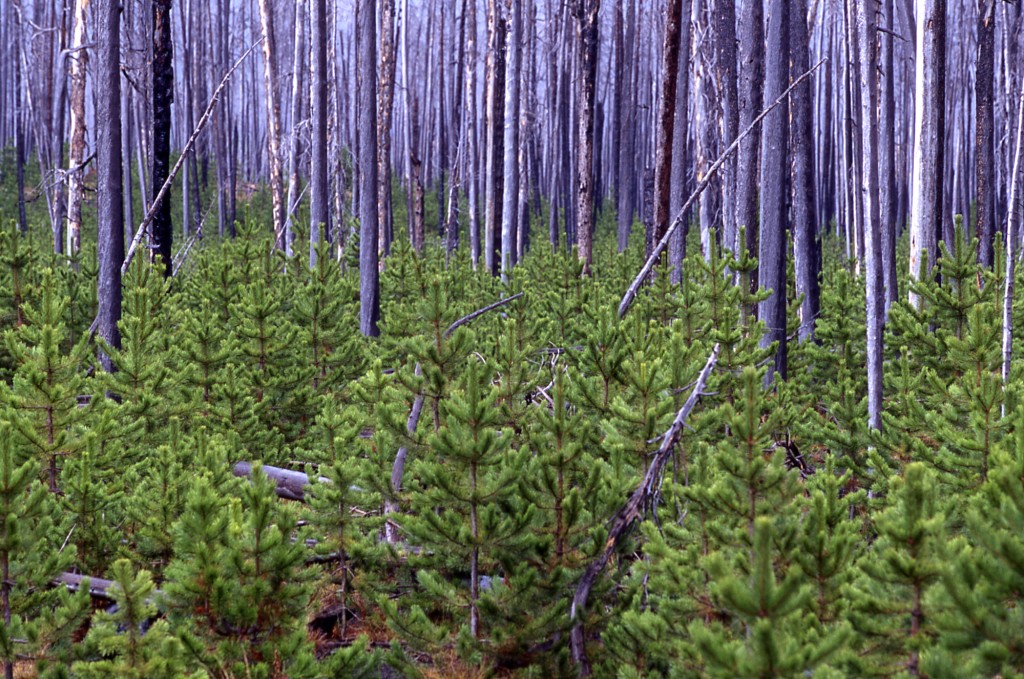 About the Author
For the past seventeen years, David Lerner has served as the spiritual leader of Temple Emunah in historic Lexington, MA, where he is now the senior rabbi. He has served as the president of the Massachusetts Board of Rabbis and the Lexington Interfaith Clergy Association. He is one of the founders of Community Hevra Kadisha of Greater Boston, ClergyAgainstBullets.org and Emunat HaLev: The Meditation and Mindfulness Institute of Temple Emunah. A graduate of Columbia College and ordained by the Jewish Theological Seminary where he was a Wexner Graduate Fellow, Rabbi Lerner brings to his community a unique blend of warmth, outreach, energetic teaching, intellectual rigor and caring for all ages.
Comments
Advertisement