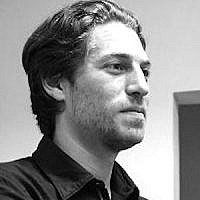 The world is broken and wants to be whole again. Maybe this is the source of the prominence of the Talmudic phrase Tikkun Olam, meaning literally, “to repair the world,” that has lately been popularized by many prominent Jewish people and organizations. While I find it admirable that many Jews latch onto tikkun olam, for charitable pursuits and innovations in noble fields like medical research, the world is demanding something greater from His chosen people. According to the wisdom of Kabbalah, it is the role of the Jewish people to repair the world, by teaching the world to connect properly, offering an example to illustrate the oneness of all of creation to gradually lift the world to a state of sanctity.

Baal HaSulam, the most influential Kabbalist of the 20th century once wrote, “In my opinion, there is only one soul in the world.” Thus, the error Jews make is only a function of our perception wherein, “one feels one’s soul as a unique organ.” Sadly, this problem of perception creates a splintered faith of incongruous values, driven by individual egos. It is all but forgotten that unity was once viewed as a necessity to devote one’s self to God.  Jews throughout our history wanted to mirror the foundation of Israel roughly 3400 years ago, where a people who stood behind Moses “as one man and one heart” to receive the Torah. Even as other nations sought the destruction of Israel and its descendants, they held firm to these values.

Today, in places like my country of America where Jews have relative security and prosperity, the unity disintegrates. While history confirms this peace will not hold forever, it would be wise to find commonality before grave danger comes. People always find it easier to unite around the negative, but why not focus on the solution? It would be best to focus on connection in times of relative peace, where the hatred against Jews does not present imminent danger. Of course this creates a difficult dichotomy.

The Creator, in his infinite wisdom, clearly has sense of humor. On the surface, there is no group less likely than contemporary Jews to unite under a single ideal without severe external pressure. It’s difficult to miss that Jewish people tend to argue over every nuance of everything. Hence the expression, “put two Jews in a room and you’ll get three opinions.” In spite of this inherent trait, just a few decades ago there once was a notable exception. The state of Israel seemed to symbolize great meaning and ideals that were nearly universally respected. Ben Gurion, Golda Meir and Moshe Dayan, were Israeli celebrities and symbols of ideals trying to bring the world something new and essential. It greatly saddens me that in today’s political landscape, the one thing American Jews universally cared for and agreed upon has become a bitter source of division.

While liberal Jews often cite Bibi Netanyahu and his policies as the source of their problems with the Jewish state, there is a much more sinister trend developing. American Jews, especially those of the younger generation, have slowly lost their Jewish identity and have thus become indifferent to Israel, once again indicating that without strong opposition, unity is a difficult proposition. They no longer see a state aspiring to idealism out of the shadows of the Holocaust, but an oppressive regime who as Bernie Sanders notes ad nauseum uses “disproportionate force,” when forced to defend itself.  Rather than contest the rampant rise of anti-Semitism and pleas for boycotts of Israel on college campuses, many young Jews find themselves sympathizing with the plight of Hamas led Palestinians. If they do support Israel, many young reform and secular Jews find themselves backstepping in their appraisal of the state, taking pride in their individual, highly nuanced perspectives that conform to liberal American values over Jewish values, at the liberal universities Jews like me find themselves attending, where atheism is an unofficial rule of thumb.

In concert with the gradual loss of Jewish values, Americans have also lost their desire for unity. There’s no clear profit in it. Today, Jews in America and throughout the world see themselves as individuals and have thrived in their pursuits over the last century or so. Look no further than the statistic that 22 percent of the world’s Nobel Prizes have been awarded to Jews, though they make up .2 percent of the world’s population. To put that in perspective, a Jew is a 110 times more likely to win a Nobel Prize than a non-Jew. Not to mention 55 times more likely to be worth over a billion dollars.

With this success, some Jewish people feel they have been endowed with a special opportunity to repair the world through charitable acts and virtuous accomplishments, but in reality this isn’t bringing the connection the world desperately needs. In spite of the achievements of the Jewish people and their desire to improve the world, tikkun olam(repairing the world) has not even begun to take shape in any discernible way. Disproportionate wealth is decimating the American dream, the environment is on the brink of a full-scale collapse, racism and anti-Semitism (often disguised as anti-Zionism) is a perpetual threat. War, famine, disease and genocide thrive across the globe. In America, every other person is either drunk or stoned or on anti-depressants. Many people feel a constant sense of unease, burdened by irrational fears and endless sufferings.

What Jews need to understand is that this suffering is purposeful. Humanity is at odds with the natural world, where everything works for the benefit of the whole. The system of nature is crying out for us to overcome our egos. People conversely are driven by the desire to receive pleasure, and thus work only for the benefit of themselves and subconsciously dominate others to feed their egos. The only way to combat this selfish nature and feel whole is to connect to others, but precisely because of the egoistic nature of man, humanity resists this connection with more separation at all costs.

While many Jewish people of all ages will have hotly contested debates over the state of Israel at Passover Seders, the goal should be to remember the real meaning of Israel. Israel is not a place, but an ideal. It is a desire to connect above the forces of separation. In today’s world where a person can literally turn off opposing points of view on his or her facebook page, the bravest thing one can do is listen to another person with his or her heart without the blinders of his or her ego. By awakening the heart above the mind in an effort to reunite into a single soul, a person is taking a giant leap towards repairing the world, for this is the first step in true connection. If the Jewish people around the world could connect around the ideal of Israel, rather than bicker over the democracy lodged in the Middle East, it could create a ripple effect that has the power to transform humanity. When people choose to serve a great cause in connection above their small egotistical desire, they have the capacity to be great themselves and shape a better world.