The Blogs
Susanna Kokkonen
Speaker on anti-Semitism; the Holocaust; Persecution of Christians
Apply for a Blog
Advertisement
Please note that the posts on The Blogs are contributed by third parties. The opinions, facts and any media content in them are presented solely by the authors, and neither The Times of Israel nor its partners assume any responsibility for them. Please contact us in case of abuse. In case of abuse,
Report this post. 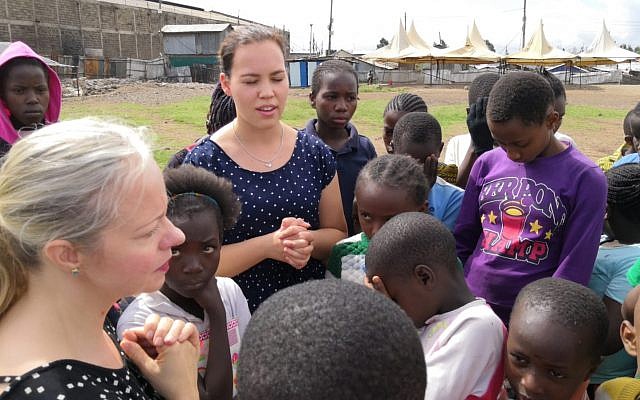 Last year I wrote in this same forum about my visit to Nairobi. Twice I have spoken at the Africa-Israel Initiative‘s Conference in Nairobi, Kenya. The group Africa-Israel Initiative was the brainchild of a Norwegian pastor Erik Selle but is now led by Kenyan Bishop Joshua Mulinge of Nairobi, Kenya. The aim is to find African Christian leaders and teach them about Israel. Once they are onboard, it is possible to influence state leadership in decisions made in international forums or in each country.

My first time in this particular conference was in 2016. It was extremely exciting to me, as everything was completely new to me but I was also invited to speak at the UN. The organization has its headquarters in New York, Geneva and Nairobi, the last one being the center for all of Africa. How amazing it was to read Ezekiel 37 verses at the UN! I had to conclude following my first trip that Kenya (as a nation) is a leader in Africa. Obviously, Kenya is the economically strong nation in East Africa but it is also a leader in other ways. What was clear to me too was that Kenyan Christian leaders are influencing the continent and doin magnificent work for the State of Israel.

This time, just now about a week ago, I returned to Nairobi with a nurse to see some humanitarian projects as well as to speak at a couple of church services.

What is it that impresses one most in the church services? I could talk at length, well, actually about the length of the service, about prayer, about dance, about music. It would all be of interest, different and uplifting. But I came there, as a speaker who speaks primarily about themes related to Israel and is invited as such one. Even in the Biblical context, at a church service, the connection of my speaking will still be to the Jewish Jesus, to the State of Israel in prophecy and Israel’s place in the world, as a nation that the Lord created – yes- Isaiah 66 speaks about it very clearly and so I believe.

So my point is about the interest evidenced by my African listeners to all things Jewish. Israeli even. When I entered the church compound there were greetings of Shalom Sister. The pastor, who escorted us, well, his name actually is Shalom. My listeners were thirsty to hear me because of my Israel connection. They love speaking about Israel too. Once a month on a Sunday they take up an offering for Israel related causes. For those who may not know; an offering is taken when at church a basket passes around and everyone puts in their money, that money being their offering. But to take an offering for Israel. In Africa. This is remarkable. It is a new kind of Christians. Not asking for support for Africa but thinking how to be a blessing.

This all has influenced my way of seeing the church and my own role very significantly. I also want to be a blessing – in Israel and in Africa. Believers in some of the poorest nations on the earth, find it in themselves to bless Israel. To me the meaning of this is that I/we, who are blessed in so many ways, should be a blessing everywhere we go.

Am grateful that have been able to see these things.

About the Author
Dr. Susanna Kokkonen, originally from Finland, lived in Israel for twenty years. She has a Doctorate in Holocaust Studies. She has pioneered Jewish-Christian relations including at Yad Vashem, as the Director of the Christian Friends of Yad Vashem. She travels around the world speaking in churches, synagogues and civic gatherings. Her book 'Journey to the Holocaust' is available in Finnish, Swedish and English translations.
Comments