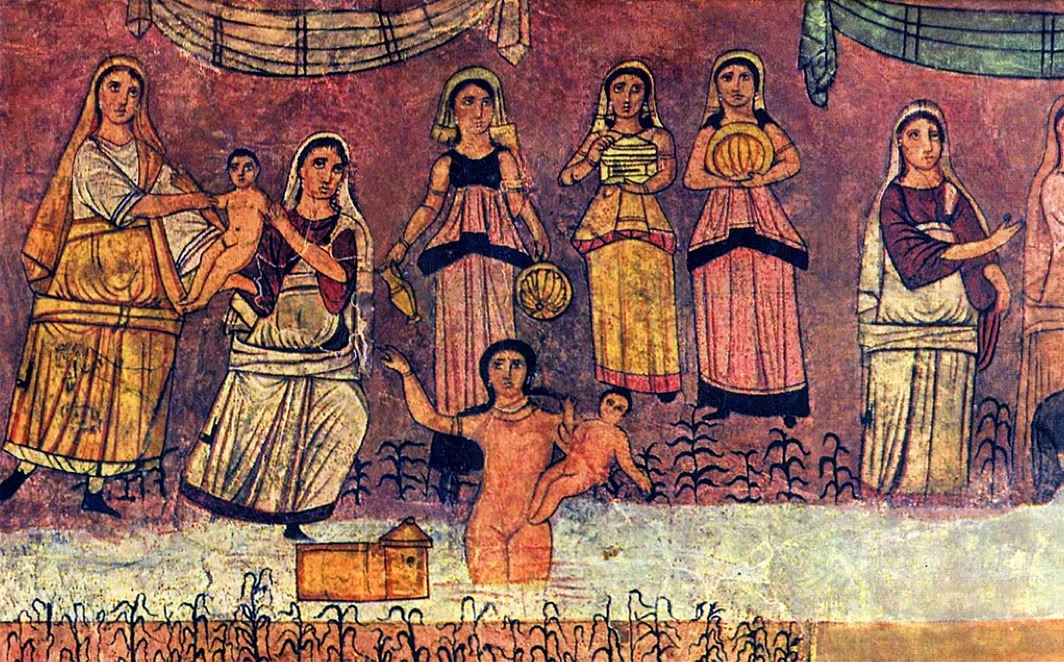 The following statement appears in the Talmud: “Rav Avira said: Because of the merit of the righteous women that were in that generation, the Israelites were redeemed from Egypt.” This is a curious statement. After all, the number one hero we usually think of when we think of the Exodus is Moses. So what was Rav Avira talking about? The Talmud goes on to explain, and to offer a litany of stories about different women who feature in the Exodus narrative.

For those of us who are aware of the biblical story, perhaps the most prominent female heroes of the story are the so-called “Hebrew midwives,” Shifra and Puah, who quietly defy Pharaoh’s order to kill Israelite baby boys upon birth, thus ensuring the continuation of the Jewish people. When Pharaoh realizes they have been disobeying him, they find an excuse that he believes, thus ensuring their own safety, and their own ability to continue bringing Israelite babies into the world. The rabbis in the Talmud elaborate upon their actions, praising their bravery, and speculating on who they were and their characteristics. 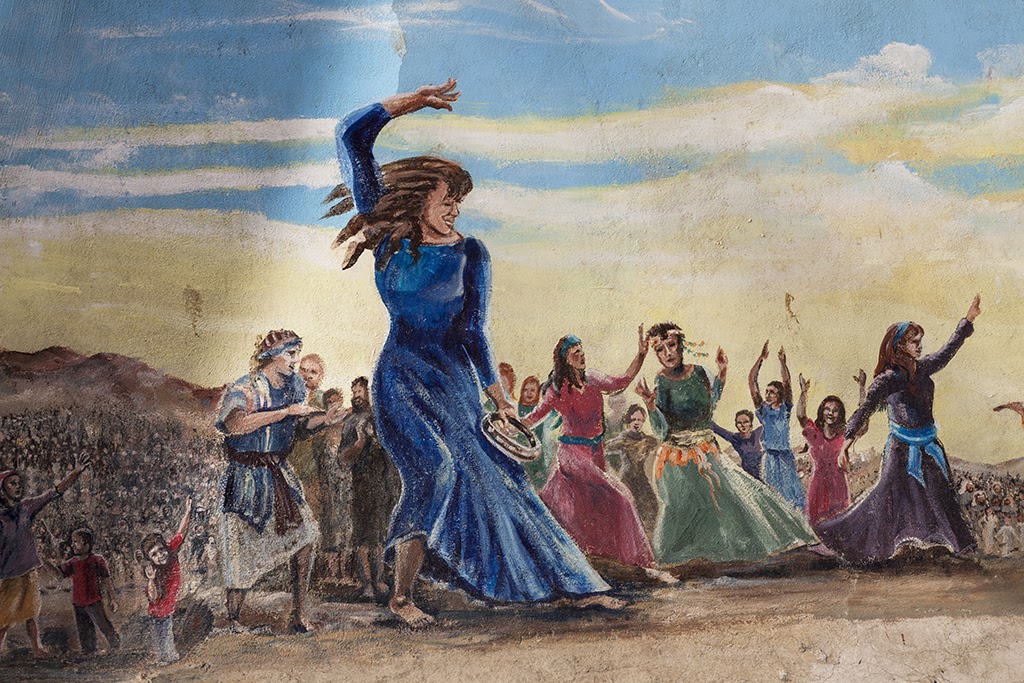 Miriam, too, is understood by the rabbis to be one of the righteous women of her generation whose merit led to the Exodus from Egypt. Interestingly enough, in the rabbinic imagination, her heroism also manifests in standing up for the right of the Israelites to reproduce. The Talmud teaches that when Miriam’s father, Amram, saw that Pharaoh had decreed that all Israelite boys were to be killed, he divorced his wife, and all other Israelites followed his example. He couldn’t bear to have a son who would be killed, so he chose to have no children at all. Miriam, however, reproached her father: “Father, your decree is harsher than that of Pharaoh, as Pharaoh decreed only with regard to the males, but you decreed both on the males and on the females.” Upon hearing his daughter’s words, Amram remarried his wife Yoheved, and as a result, she became pregnant with Moses soon after. So in the eyes of the rabbis of the Talmud, the heroines of the exodus were champions of the right to reproduce in the face of adversity.

In our country, we also have a history of restricting the rights of certain populations to reproduce, even to the extent of sterilizing women with intellectual disabilities without their knowledge or consent. However, when we talk about reproductive rights in this country, our minds often go, not to the right to have children, but the right to not have children, as well as the right, and the access, to terminate a pregnancy for any number of reasons. While there has long been a robust conversation about all of these issues within the Jewish tradition, that discussion tends to use very different frameworks than those generally used in contemporary American society. 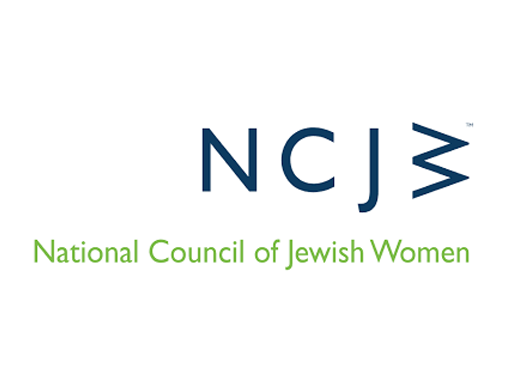 Several months ago, the National Council on Jewish Women announced the first annual “Repro Shabbat,” a day to teach about and explore Jewish approaches to Reproductive Rights. They asked rabbis around the country to take a day to teach about this important topic. At Temple Emunah, we have designated today as Repro Shabbat, as we prepare to welcome in a holiday whose story celebrates the actions of women who put their lives on the line to protect the reproductive rights of the Jewish people.

I recognize that even bringing up this topic has the potential to raise a lot of emotions. I am certain that of us here today, some of us, and certainly our family members and friends, have struggled with infertility, have experienced miscarriages, and have even had stillbirths. Some of us and our loved ones have had abortions, for unwanted pregnancies, and for wanted ones where something went wrong.

As many of you know, I am expecting a baby and am anticipating its arrival with much gratitude and excitement. And I am also aware of the tenuousness of this moment, and of the great fortune that I have had, to be healthy and that my future child appears to be healthy, and also that I have had the ability to make choices about my own healthcare that have helped me to reach this moment.

In American society, we often hear about the reproductive rights debate as being about “choice” vs “life,” but in Jewish tradition, the conversation tends to be more about “life” vs “potential life” — balancing the impact of a decision on the life of a parent against the potential life that might be. It’s rare to have uniformity of beliefs within Judaism, but there is near consensus among traditional sources that full personhood begins at birth, not at conception.

The text which forms the basis of traditional Jewish thinking on this topic is from Exodus, chapter 21. In verse 12 of that chapter, we are told that a person who fatally strikes another person should be put to death. Just 10 verses later, we hear the following scenario: “Should men brawl and collide with a pregnant woman and a miscarriage results, but no other damage ensues, the one responsible shall be fined according to what the woman’s husband imposes upon him, the payment to be based on reckoning.” To summarize, the penalty for killing a person is death, but the penalty for causing a miscarriage is a fine. In other words, as horrible as the loss of a fetus may be, causing that loss is different from causing the death of a human being. In the eyes of this verse, a fetus is not a person. That doesn’t mean that the author of this text necessarily thinks that causing a termination of a pregnancy is permissible, but it does mean that the author believes it is not murder.

This perspective, that full personhood begins at birth rather than at conception, is a basic starting point for most conversations about reproduction in Judaism, from the Talmud to the present day.

It means that when a pregnant person’s life may be in danger, most authorities would say they are not just permitted, but obligated to abort that fetus, a potential human being, in order to save the life of a human being who has been born. It means that many Jewish authorities will also consider the impact of a pregnancy on a person’s mental health and even sometimes their quality of life as a legitimate reason to prevent or terminate a pregnancy. In Judaism, the discussion about reproductive rights is not about whether ever to allow termination of pregnancy, but when and under what circumstances.

By the way, the nuance in our tradition extends to the question of becoming pregnant in the first place as well. The Talmud has stories of women using contraceptives, even without their husband’s approval, in which the women are described quite sympathetically. In Tractate Yevamot 65b, a woman named Yehudit undergoes a traumatic birth of twins — the Talmud states that she actually went into labor twice, once for each of them. Knowing that she doesn’t want to go through this again, she disguises herself, and asks her husband, Rabbi Hiyya, if she is permitted to take herbs that have the desired effect, and he says yes. She disguises herself because she knows that he wants more children, and wants to know his honest opinion about the law, without his personal feelings coloring his answer. When he discovers what she has done, he is saddened, but the story leaves us with the impression that the choice she made was a valid one.

Reproductive rights may have become a politically charged issue, but ultimately what we’re talking about is very personal. We’re talking about decisions regarding physical health, mental health, quality of life, and the very creation of life. And in the Jewish tradition, there tends to be an understanding that one size does not fit all. While there is a robust debate about all sorts of issues related to reproductive health in the Jewish community, a common thread is that circumstances matter. Therefore, the idea of having a government place blanket restrictions on certain health care options threatens to restrict not just personal decisions, but also the ability of individuals to follow what they believe Jewish tradition recommends or even requires of them. 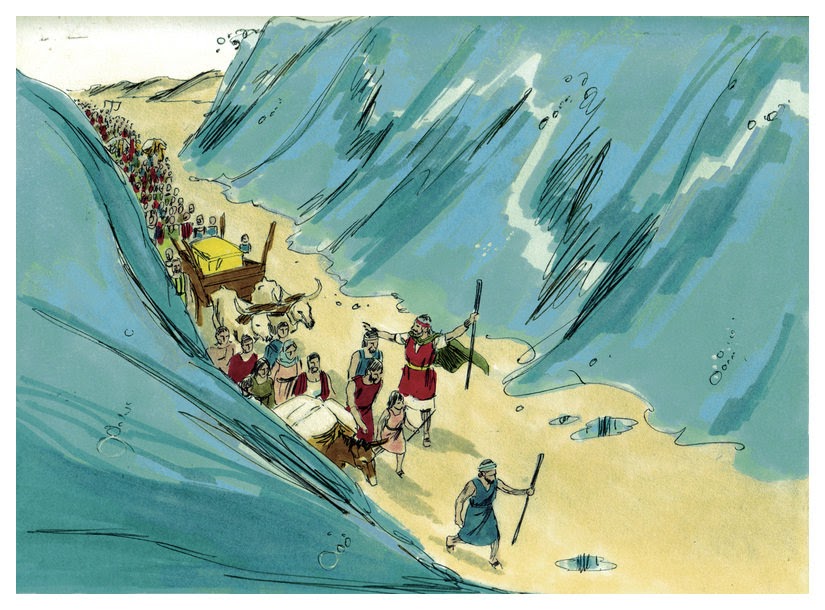 The Exodus from Egypt (Wikimedia Commons)

The Exodus from Egypt wasn’t just an escape from forced labor. It was an escape from a ruler who took decisions away from individuals and from a community, including reproductive decisions, and tried to make them himself. As we begin this holiday of freedom, let’s remember those righteous midwives, Shifra and Puah, and what they stood for: for the freedom of the Israelite women to decide for themselves whether to bring new life into the world. Let’s work towards a world where we can each engage in the important questions about how best to care for ourselves and each other, and how best to make decisions about our own and our families’ futures. Let’s do our part to make sure that all of us can continue to say, with full kavanah that early morning blessing, Barukh atah adonai …. she asani bat horin. Thank you God for creating us free, and that we remain free.