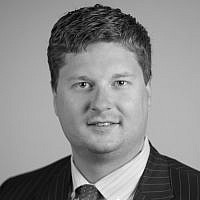 The Blogs
Glen Frost
Apply for a Blog
Please note that the posts on The Blogs are contributed by third parties. The opinions, facts and any media content in them are presented solely by the authors, and neither The Times of Israel nor its partners assume any responsibility for them. Please contact us in case of abuse. In case of abuse,
Report this post.

For many years, the persistent call for change in the taxation of American corporations and individuals abroad has gone unanswered. However, the current US administration’s actions suggest the very real possibility of new tax rules, sooner rather than later. Indeed, assuming no major legislative disturbance or some catastrophe, such as a Russian-related scandal or open conflict with North Korea, some are predicting new tax rules before the end of this year. For American citizens living in Israel, this would mean relief from onerous compliance requirements and potential penalties that can lead to financial ruin.

Expected changes include a long-awaited transition from our anomalous “worldwide” tax regime imposed upon American corporations to a “territorial” tax system. Currently, American corporations are subject to tax on their worldwide income, whether that income is earned in the US or abroad. Under a territorial system, only a corporation’s US-source income would be subject to US tax, leaving foreign-source income generally exempt from US tax.

Significantly, the administration’s advancement on the corporate “territorial” front simultaneously indicates the possibility of a corresponding change in the tax treatment of American individuals living abroad. The House Republicans’ “blueprint” for tax reform, adopting a “territorial” approach for corporations, expressly raises the possibility of changes for individuals. On the Senate side, Finance Committee Chairman Orrin Hatch’s proposal calls for reconsidering the taxation of nonresident citizens. Additionally, at a Congressional hearing held on July 18, eliminating citizenship-based taxation was said to be on some Members’ wish list.

Currently, the US taxes its citizens and green card holders on their worldwide income, whether earned in the US or abroad (“citizen-based taxation” or “CBT”). Under this burdensome system, Americans living abroad face a daunting array of tax rules and forms. Penalties for incorrect reporting, usually due simply to not understanding the rules, can be disastrous. For American individuals, residency-based taxation (“RBT”) treatment would provide a solution to these problems in the form of “territorial” treatment. This would mean that Americans abroad would only be taxed on US-source income. Led by groups like American Citizens Abroad, which proposed RBT to Congress in 2016, efforts to make this change have steadily progressed. Since the 2016 elections, these efforts have gone public, with grassroots lobbying and crowd-funding of the costs of revenue estimates.

The US CBT system stands out among the rest of the industrialized countries of the world—and not in a good way. The vast majority of countries treat their citizens fairly under a RBT system. Americans living in Israel are acutely aware of the burdens imposed upon them under the CBT system. And recent legislation like the Foreign Account Tax Compliance Act (FATCA) has only increased these burdens, making it difficult for many Americans to even get bank accounts abroad, because some foreign financial institutions refuse to do business with Americans to avoid the hassle of FATCA’s special due diligence and reporting requirements.

Fortunately, the RBT system fits comfortably alongside all of the international tax reform proposals being developed. Furthermore, it attracts bipartisan support. While differing on details, Democrats Abroad, Republicans Overseas, Americans for Tax Reform, the Heritage Foundation, American Citizens Abroad, a number of American Chambers of Commerce overseas, and other business groups, all support the approach.

The RBT system is finally within reach, and now is the best time to aggressively advocate for it. Work on the legislation is in progress. Revenue estimates, which hopefully will show little or no revenue loss, are in the making. This is a change that can be made easily, possibly achieved without a loss of tax revenue, and with careful drafting, loopholes can be prevented. The time to act is now as tax reform is in the works and moving fast.

For more information, go to the American Citizens Abroad website.