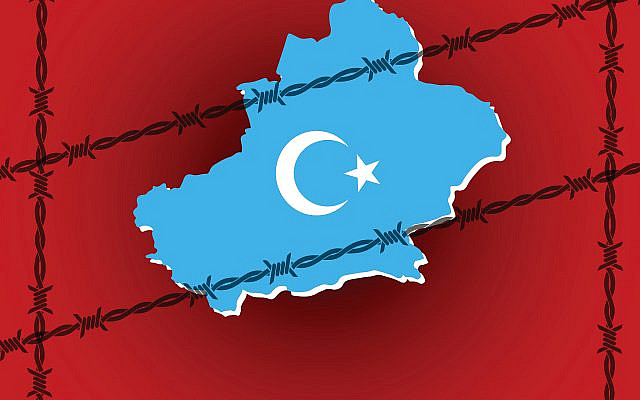 Our shul book club recently discussed one of the seminal works of Rabbi Lord Jonathan Sacks z”l, To Heal a Fractured World. While we were only virtually in the same room, I could feel the inspiration during our discussion to truly live Rabbi Sacks’ teachings of responsibility to our community and to our world. Rabbi Sacks introduces his book by saying, “we are here to make a difference, to mend the fractures of the world, a day at a time, an act at a time, for as long as it takes to make it a place of justice and compassion where the lonely are not alone, the poor not without help; where the cry of the vulnerable is heeded and those who are wronged are heard. ‘Someone else’s physical needs are my spiritual obligation, a Jewish mystic taught” (To Heal, 5). We as a people yearn for a society where people care about others, see their bids for kind acts, and imitate God in bringing peace and justice into the world.

What is the Jewish way of using our faith to redeem the sorrows of others? What is the spiritual work involved in helping someone else’s physical plight?

The B’nei Yisrael we encounter at the end of Bereishit seems to be prosperous and beloved in their new residence, Egypt. Yosef had a successful career as a viceroy. The pharaoh of the time welcomed Yaakov and his family warmly, ensuring they had comfortable accommodations and fertile land, even in the midst of a famine.

But the B’nei Yisrael in Sefer Shemot are quickly thrust into darker times. Whatever glory the family had before disappeared under a new regime that saw them as a threat, so he persecuted and enslaved them with unbearable labor. The opening chapters illustrate the oppression that B’nei Yisrael experienced at this time.

A lot of time goes by. Moshe finds himself exiled for his own protection. B’nei Yisrael see no end in sight; there is no reason to believe anything will change.

It was after a very long time, the king of Egypt died. The Israelites were groaning under the bondage and cried out; and their cry for help from the bondage rose up to God. God heard their moaning, and God remembered His covenant with Abraham and Isaac and Jacob. God looked upon the Israelites, and God took notice. (Translation adapted from Sefaria.org)

This last verse says that God sees B’nei Yisrael, and then he “knew” or “took notice.” What does this mean? God did not know before they were embittered and living under dire conditions?

Onkelos provides some insight, as he does not translate “vayeda” as simply that God “knew.” Rather, he says:

And immediately after this, we find ourselves at the scene of the Burning Bush. This is the turning point, the moment of transformation. It is at this juncture that God summons and prepares Moshe on his epic mission to redeem B’nei Yisrael from Egypt.

What we learn here is that when God sees oppression, it is not just seeing and it is not just cognitive knowledge. But this translates into a resolution to act, and ultimately, action.

It is not an overnight transformation, to be sure. Our whole parasha this week, Va’eira, is about the process that is undertaken to overcome the Egyptian oppression. Pharaoh’s oscillating between relenting and refusing illustrates the rocky path to redemption. Moshe fights what is perceived to be an impossible war to stand up to tyranny. He faces rejection by Pharaoh several times. Initially, he faces opposition even from the very people he is trying to help, as they had little spirit left in them from their weariness.  Many in Moshe’s shoes would give up right away, as he seems inclined to do, as indicated by the dialogue between him and God at the end of last week’s parasha and the beginning of this week’s parasha. But it is only through Moshe’s patient persistence, encouraged by God, that he is able to slowly but surely carry out God’s mission to defeat Pharaoh.

There is oppression taking place in this world that we need to see, and we need to know about. Cognizance of the issues and their urgency are important first steps in creating solutions. One particular issue that must be spoken about widely is the attempted genocide of Uyghurs. Uyghurs are a moderate Muslim group native to East Turkistan, currently under Chinese control; they have been living there for thousands of years. The best of their situation would be cultural and religious repression with no freedom of expression or privacy. The worst of it includes imprisonment in concentration camps (called “re-education camps”), involving forced labor, and executions. There are countless stories of people disappearing and being taken as prisoners for arbitrary reasons. It has been called cultural and literal genocide. It is something that we should know about and it should outrage us.

But then it is not just enough to know. We have to resolve to act, and with whatever little individual power we have, we must act.

We might ask ourselves, is this our battle? We have many particular concerns as Jews in fighting antisemitism and standing up for Israel. Even as Americans, we are heavily engrossed in our own political crises. Furthermore, is it proper to take the story of Sefer Shemot, our own story of suffering, redemption, and forming a nation, and project it onto something non-Jewish? Are we denying our particular story by universalizing it?

To reflect on our own suffering and not apply those lessons to other forms of suffering is to eschew important principles of Torah and what it means to be a human being b’Tzelem Elokim. At the foot of Har Sinai, as Moshe received and conveyed the details of Torah’s principles, we learn:

You shall not wrong a stranger or oppress him, for you were strangers in the land of Egypt (Shemot 22:20).

You shall not oppress a stranger, for you know the feelings of the stranger, having yourselves been strangers in the land of Egypt (Shemot 23:9).

Our oppression is not meant to encourage us to make us the victims of our own story. Instead, we are meant to use our experience to ensure that other people, people who are complete strangers are not oppressed. We are positioned to do this because, as Rabbi Sacks writes, “those who remember suffering can be sensitized, and respond, to the suffering of others” (To Heal, 103). I am inspired by the example of my peer from yeshiva, Yosef Roth, who saw this travesty early on and organized rallies to raise awareness and foster action. Leaders like UK Chief Rabbi Ephraim Mirvis and Yeshiva University mashgiach ruchani Rabbi Yosef Blau have raised their voices in saying that Orthodox Jews cannot remain silent about the plight of Uyghurs. It is especially as Torah Jews that we must care and must do our share to help others who suffer evil.

Elie Wiesel’s famous words about the danger of neutrality and bystanding remind us that even if we are not actively the oppressors, we aid oppression if we do not do anything to obliterate it. וגר לא תונה is relevant even to those of us on the sidelines; perhaps we are responsible for this prohibition if we do not act. Said in the positive, we are fulfilling a mitzvah by acting against oppression, even if our role is limited.

We may not be able to solve all problems on our own, and as individuals, we face limitations in what we can do. I have known about this crisis for too long without taking meaningful action to help. As a new Congress and executive branch transition into their new terms, this is a time to renew our resolve to act and to help the Uyghur community. Surely, there are many issues that this next government must deal with, especially with a pandemic, an economic crisis at hand, and a shift in how we view racial justice to overcome in America. However, any later will be too late; no time will be convenient to speak out against oppression.

There are simple things we can do to make a worthwhile difference. One is to encourage our elected officials to make it a foreign policy priority to do our part to assuage the persecution of the Uyghurs; one action under consideration is the Uyghur Forced Labor Prevention Act, a bipartisan bill. Another is to donate to causes that help Uyghur people both in China and in America. A final one is to sign petitions to encourage companies to not use forced labor. Please see the Uyghur Human Rights Project and Jewish Movement for Uyghur Freedom for action items. This topic can be conversation among our friends and at our Shabbat tables.

Ending oppression is a multi-step process. As the Torah relates in our own quest for freedom, it requires, first of all, awareness and cognizance. But once we have knowledge of the situation, we must resolve to act, and ultimately act. In our history of persecution, we have had moments where people stepped in to help us, and we have had moments where we wondered where people of good conscience are. This is a moment where we can help and ensure that no stranger is oppressed, as the Torah commands.

In the words of Rabbi Sacks,

Prior to our particular commitments to this or that faith… We are human beings, cast together in a fate which grows more interconnected with every passing century. We have a duty, not just to ourselves, our families and friends, but also to the ever-widening concentric circles – community, society, humanity – of which we are a part. We are responsible for what we can do, but did not, to alleviate the human condition. We have limited time, energy, and resources, and those with whom we are most closely bound in a web of obligations have a right to expect that we will give them priority… [but] each of us has a contribution to make, and ‘whether we do much or we do little,’ what matters is that our heart is turned to Heaven” (To Heal, 126).

May God bless our efforts to do our part to heal this fractured world. 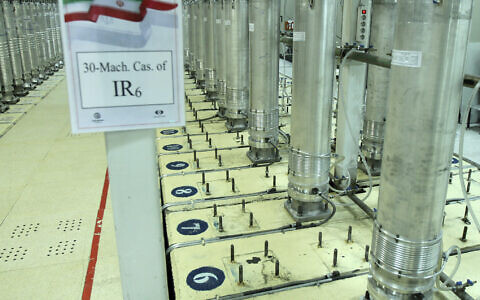 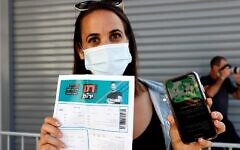 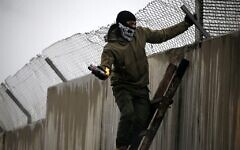 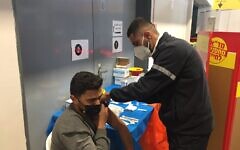 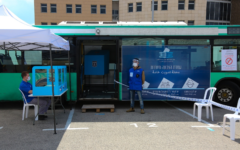 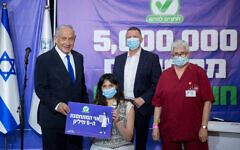