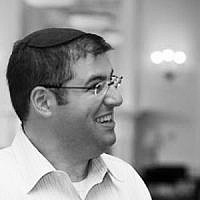 The Blogs
Jonathan Abbett
Apply for a Blog
Advertisement
Please note that the posts on The Blogs are contributed by third parties. The opinions, facts and any media content in them are presented solely by the authors, and neither The Times of Israel nor its partners assume any responsibility for them. Please contact us in case of abuse. In case of abuse,
Report this post.

As I’ve grown older, I’ve come to believe that the journalists who cover the Middle East are not mean-spirited or antisemitic, but are more likely exhausted. It is easy to take the day’s events and apply a familiar template. Journalistic objectivism requires that every issue have two equal sides–Democrats and Republicans, pro-choice and pro-life, climatologists and deniers–so every instance of Arab injustice or extremism is paired up neatly with a Jewish one. Most readers are just as exhausted as the writers, so there is little to gain by wading into the tricky analysis of scientific or historical validity, never mind evaluating competing moral or religious claims.

In November 26th’s Boston Globe, Farah Stockman concluded her analysis of the recent violence in Jerusalem by contrasting the current anger over Al-Aqsa with the bygone respect of “older generations” for “one another’s sacred spaces.”

This characterization sat uneasily with me, and Stockman’s mention of Al-Aqsa as Islam’s “third holiest site” suggested to me a reason why.

After the emergence of a distinct Palestinian national movement in the early 1960s, the broader Arab-Jewish conflict began to narrow, in the eyes of the media, into a localized Israeli-Palestinian conflict.

Accordingly, the locus of the conflict became Jerusalem, and thrust Al-Aqsa into the spotlight.

The conflict, especially when involving ideological, regionally-connected foes like Hamas, is better understood regionally, so let us consider the respect for another’s holy sites in that light.

Islam’s holiest site is the Ka’aba, within Al-Masjid al-Haram in Mecca, toward which all Muslims direct their prayers. It is believed to have been built by Abraham and Ishmael in 2130 BCE.

Islam’s second-holiest site is Al-Masjid an-Nabawi, the Mosque of the Prophet, in Medina, where Mohammed lived after he escaped Mecca in 622 CE.

Islam’s third-holiest site is Al-Masjid al-Aqsa, the Farthest Mosque, in Jerusalem, the site to which Mohammed travelled in his dream, likely first erected in the 9th-century CE.

Jewish sites rarely if ever get attention beyond the Western Wall, and even that isn’t quite accurate. 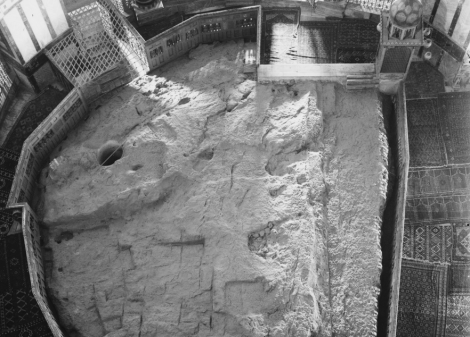 Judaism’s holiest site is haKodesh haKodashim, or Holy of Holies, the focal point of the two Jewish Temples (built 832 BCE and 516 BCE) which stood on Har haBayit, the Temple Mount. Today, this site is typically identified by Jews and Muslims alike as the spot beneath the Dome of the Rock. (The western retaining wall of the Temple Mount was, for much of the Common Era, the closest a Jew could get to this site.)

Judaism’s second-holiest site is Me’arat haMachpela, the Cave of Machpela, in Hevron, which Abraham purchased from Ephron the Hittite approximately 3,700 years ago. It contains the graves of Abraham, Sarah, Isaac, Rebecca, Jacob, and Leah–the Jewish founding family.

From a historical perspective, we Jews owe a great deal to our ancient Muslim brethren who kept alive the knowledge of these sites during the millennia of Jewish dispersion.

But I sadden at the state of Jewish access to these sites, whether as tourists or religious devotees, in modern times:

The sense I get from a broader, regional picture is quite unlike Stockman’s. The sense I get is that “respect” means Jewish acquiescence and exclusion. Why is my silent prayer–of our common monotheism, of universal peace, of brotherly love–so threatening?

Stockman includes this message from a young Muslim taxi driver to his Jewish friend: “You already have all the land. Fine. Take it. But why do you have to disrespect our holy place?”

To which I say, also in a spirit of friendship, “You have your two holiest sites, can we not share a bit of your third?”

About the Author
I am a software designer, amateur kosher cheesemaker, and father of three. I live outside Boston. I care deeply about Israeli and American civil society, Jewish unity, and using food to bring people together.
Related Topics
Related Posts
Comments