Just last Shabbat, as we all know, a rabbi and three congregants at Congregation Beth Israel in Colleyville, Texas, were held hostage at gunpoint for eleven hours.

As we all know, that day could have ended very badly. Thankfully, all of the hostages are physically safe and sound.

I’m sure that many here followed the news of this, if not in real time, then, as I did, following the end of Shabbat that evening.

Although the hostage situation has ended, its impact on us and on the Jewish community, not to mention of course the individuals involved, continues. What messages can we find in our tradition that might help us make sense of how we can respond to such a traumatic event? 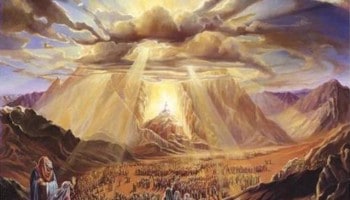 One message we can find is a practical one. This morning we read about the experience of revelation at Sinai, when God spoke directly to the people. This is a peak moment, a moment when the Jewish people is, arguably, formed. This intense experience, however, doesn’t just happen. First, we have chapter 19 of Exodus, an entire chapter filled with preparations for the giving of the Torah.  Summing it all up is the phrase that Moses shares with the people, “hayu nechonim”  — הָי֥וּ נְכֹנִ֖ים — “Be prepared!” “Be ready!”  It makes sense: in order for them to be able to fully appreciate the experience, they need to get into the right state of mind.

This directive can be applied to other situations as well.

A lot of Judaism is about getting ready. What would Pesach be without getting ready for Pesach, clearing out the hametz, getting our kitchens ready for the holiday? One thing I love about Pesach is that it never catches me unawares. We may groan and complain about it, but the preparation is, in so many ways, an essential part of the holiday.

Likewise, Shabbat requires preparation. For those of us who don’t cook or do other forms of “work” on Shabbat, we are acutely aware that Shabbat is coming as we cook and clean and set up everything we will need in advance – and it makes the transition into Shabbat that much more tangible and special.

And just as we need to prepare in order to increase our joy, so too do we need preparation in other parts of our lives as well. Safety, too, requires preparation. Think about the environment in which we now live: an environment in which someone can wake up in England, hop on a plane, arrive in the United States, fly to the Dallas/Fort Worth airport, and within a very short amount of time, buy a gun and walk into a synagogue and threaten the lives of whoever happens to be there in order to try to achieve his political objectives … How can we hope to protect ourselves in an environment like that unless we think ahead, unless we plan, unless we take pains to be prepared?

Fortunately, we have made many, many preparations during the past few years. Our synagogue has benefited from strong and laser-focused lay leaders who have taken crucial steps to strengthen our security. I’m not going to detail those steps right now, except to say that they include a range of precautions, and an email did go out before Shabbat from our security team with more details. Those efforts are not one-offs; they are on-going. That’s the way it has to be when it comes to preparation.

It’s clear that the incident in Colleyville might have turned out very differently had Rabbi Cytron-Walker and the leadership of that synagogue not received the kind of training they did; training which was, in essence, in fulfillment of the mitzvah to keep ourselves safe.

There’s another way that we can be prepared, a way which brings us back again to our parashah. 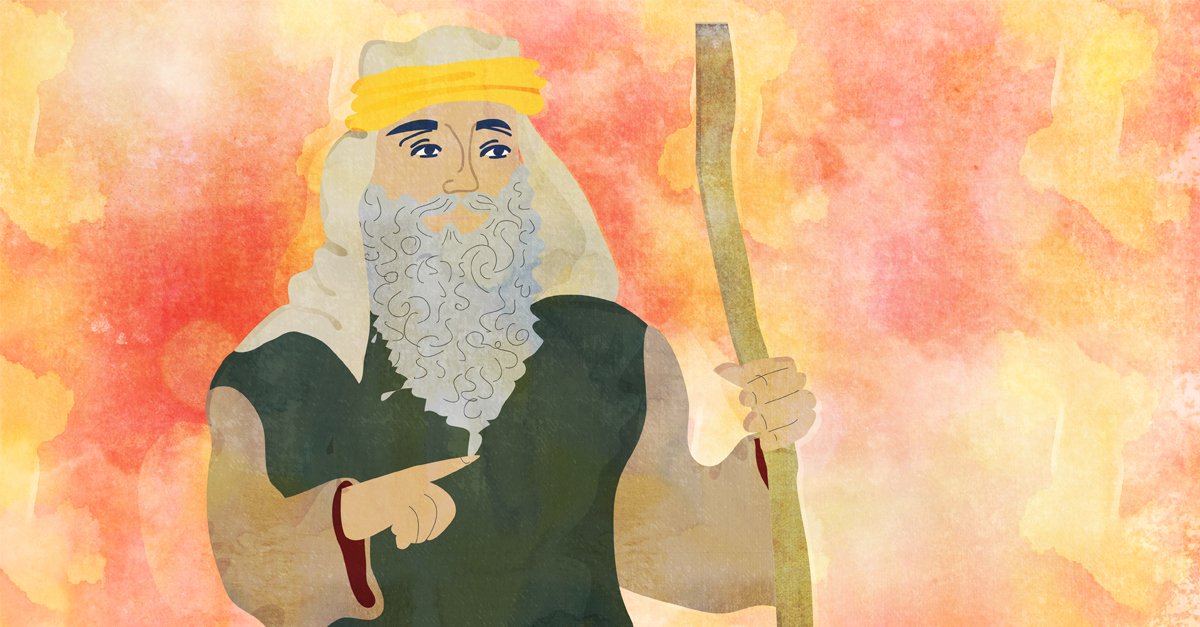 Our Parashah, the very portion where we learn about the giving of the Torah, a seminal moment in the memory of the Jewish people, is named after a Midianite Priest. Yitro, Moses’s father-in-law, gives Moses important advice about how best to serve the Israelite people. He helps Moses create a system of courts, which, for a people who are so committed to justice, is quite an important and notable innovation. Elsewhere in the Torah, there are times when the Jewish people come into conflict with their neighbors, but here, Moses welcomes outside advice. Yitro is able to give such good advice because he himself has extensive leadership experience, and he shares it because he cares about Moses. The two of them share a mutual respect.

On that long day last week, when the call came in to 911 that morning, law enforcement and FBI mobilized, sending nearly 200 people to Colleyville to help. The Jewish community saw that law enforcement was there to help.

Furthermore, throughout that very long day during which Rabbi Cytron-Walker was being held hostage, members of his local clergy association gathered nearby. Faith leaders from Catholic, Christian, and Moslem traditions gathered to pray and support one another, and to support the family members of the hostages. Those clergy had invested in building relationships with one another, and when one of their number was in danger, they all did what they could to help.

Last week’s hostage situation reminded us of the power of Jew-hatred and of antisemitic ideas and rhetoric. It was those ideas that gave the gunman the idea that Jews control the world, that he could walk into a random synagogue and demand the release of a hostage who the people there might well never have heard of. Watching Jew-hatred play out so strongly can make us feel vulnerable and even isolated. And yet, the immediate response of fellow Americans such as the local clergy was a reminder that we are not alone. 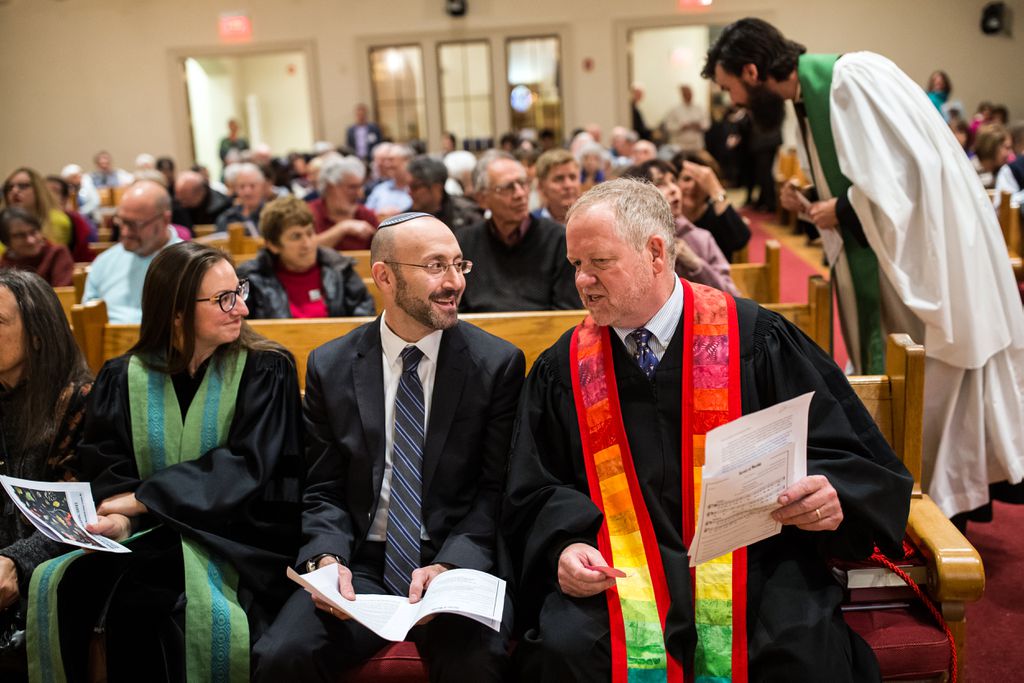 Parashat Yitro, and last week’s experience, both remind us of the importance of nurturing our relationships with communities including the Jewish community, but also beyond it. We form those relationships not just so we will have allies when we are in trouble, but also because we can mutually enhance each other’s lives, in good times as well as in bad, as Moses and Yitro did for each other.

There’s a third lesson from our Parashah that relates to what happened last week.

In our parashah, the Israelites find the experience of revelation to be extremely frightening. The lightning, the thunder, the sound of God’s voice– it’s too much for them. They’ve been told that if they see God directly they’ll die, and now they’re worried that hearing God’s voice might have the same consequence. “‘You speak to us,’ they said to Moses, ‘and we will obey; but let not God speak to us, lest we die.’”

Moses’ response to them is אַל־תִּירָ֒אוּ֒, don’t be afraid. What kind of response is that? Can people control their fear? It’s a gut reaction, an emotion! They’re in a scary situation, of course they’re afraid! Furthermore, in the same verse, Moses does tell the people that “fear of God” should be with them. So what is it that Moses is getting at?

I think that when Moses says those words, he’s actually telling the people not to let their fear control them. They shouldn’t let it overwhelm them, or impede their relationship with God. Fear shouldn’t prevent them from learning how to live meaningful lives.

As Jews, we owe it to ourselves to be the best human beings we can possibly be. We have to continue to look out for the stranger, for the marginalized, for the vulnerable. The notion that we have to make a choice, either to protect ourselves or to care about others — that’s a false choice. If we don’t protect ourselves, we are unnecessarily putting ourselves at risk. It’s not enough to care about our own safety. Rather, we should continue to sanctify God’s name in everything we do.

Let us be prepared, but not allow our fears to rule over us. May we practice our Judaism and find meaning in its teachings. May we be blessed to have meaningful relationships with those within and outside of the Jewish community. May the one who brings peace above bring peace to us and all Israel and the whole world and let us say, Amen.