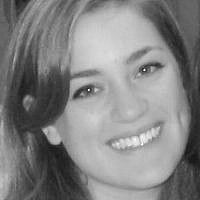 The Blogs
Hannah Dreyfus
Apply for a Blog
Advertisement
Please note that the posts on The Blogs are contributed by third parties. The opinions, facts and any media content in them are presented solely by the authors, and neither The Times of Israel nor its partners assume any responsibility for them. Please contact us in case of abuse. In case of abuse,
Report this post.

The response I have received to my article “Aliyah: A Sacrifice Too Big?” has been overwhelming. I have received praise and encouragement; I have received frustration and indignation. I have received page long responses enumerating the benefits of making aliyah and reprimanding my American selfishness for not heeding my call to duty; I have received, from the diametrically opposite angle, an entire blog post dedicated, in my name (that’s a first), to an ardent defense of proud American Jewry.

The responses to my article sought to find an argument. Many then proceeded to agree or disagree vehemently with the position they perceived I had taken. The question of aliyah was rapidly distilled into a binary analysis: for or against. Those who thought me pro defended the choice to stay here. Those who thought me against reprimanded my cowardliness and stagnancy. Lost in translation was the complexity of thought I wanted to encourage – the acknowledgement of nuance and ambiguity that must accompany a question of this nature and magnitude. Ironically, I was confronted from all sides with the black and white thinking my article was intended to dissuade.

I did not seek to make an argument. I wanted to address the complexity of emotion that accompanies the American Jewish experience. It was a candid discussion – a bluntly honest conversation. I intended to reflect upon the internal conflict we face as Jews living in America, if we indeed accept Israel as an essential, unique, and irreplaceable focus of our Jewish experience (and I would unequivocally make the claim that it is, based, if upon nothing else, on the Hebrew Bible itself).

I am not delusional enough to think myself the spokesperson for American Jewry. I am not presumptuous enough to think myself even the spokesperson for the person sitting next to me. The article was not prescriptive but rather descriptive. I wanted to describe my own conflicting emotions towards the aliyah question, in the hopes that my experience would resonate and spark an important conversation. I wrote to do justice, in small part, to the complex of being strangers in a strange land that stretches back millennia (Exodus 22:20).

Aliyah: a sacrifice too big? I did not answer yes or no to the question my title posed. My article was a personal rumination on the topic. But, truth be told, it was never a question I intended to ask you. It’s a question only you can ask of yourself.

About the Author
Hannah Dreyfus is a junior at Yeshiva University pursuing a dual degree in Journalism and Philosophy. She serves as an Editorial Intern for The Jewish Week and the Editor in Chief for the The YU Observer.
Comments