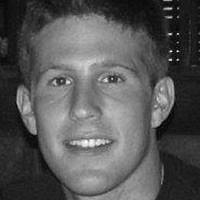 The Blogs
Gideon Drucker
Apply for a Blog
Advertisement
Please note that the posts on The Blogs are contributed by third parties. The opinions, facts and any media content in them are presented solely by the authors, and neither The Times of Israel nor its partners assume any responsibility for them. Please contact us in case of abuse. In case of abuse,
Report this post.

Young diaspora Jews hear about the Jewish state and it almost immediately and irrevocably brings to mind topics of controversy: “The conflict”, settlements, “the occupation”, and Iran’s nuclear path to name but a few. Israel’s miraculous redemption of a destitute land, its restoration of an ancient biblical language, and the ingathering of the exiles from every corner of the Earth, somehow, all of this has failed to remain part of the story. The IDF’s stunning victory over a surrounding Arab world that tried to throw us from our land, not once, not twice, but repeatedly and relentlessly, blessedly to no avail, this too has been cast aside. The young Jewish men and women that sacrificed blood, sweat, and tears to give their children, and all Jewish children forever, a home of their own, after enduring the horrors of 2,000 years in exile, this has fell by the wayside.

In an ironic way, the successes of Zionism and the state of Israel have led to this situation; the Jewish state has been so successful militarily, economically, scientifically, and culturally that the sheer historical anomaly of the Jewish people being in charge of their own fate and their own society has lost its shine. Hertzl, Pinsker, and Jabotinsky would have been flabbergasted to learn that to young (albeit historically ignorant) Jews of today, Jewish sovereignty  is not a cause of celebration  to be cherished and safeguarded against all costs, but merely an insignificant, if not burdensome, fact of the modern world.

This is a problem.

It is a failure of current Jewish leaders and Jewish parents and grandparents to not imbue their children with the reality of what Jewish life looked like before the state of Israel rescued us from the depths of hell. Today, the Jewish people have a powerful army that safeguards our people’s future, a vibrant culture that honors our history and a proud government, acting, unabashedly, on behalf of our own people. This is Zionism. To quote my good friend Chloe Simone valdary, this is the greatest story ever told. Why aren’t we telling it?

I believe our chief problem is that too many of us measure Zionism’s merits on its interactions with the outside world. We look for validation from those that will never give it, and in doing so, we lose sight of the miracle of Zionism’s appeal and the genius in its theory. This failure is not a modern phenomenon, but rather a continuation in some of the flaws of our earliest leaders that are still permeating out national movement. Theodore Hertzl, the brilliant founding father of modern Zionsim, was very outwardly focused on our relationship with the non-Jewish world, and looked to Zionism as a way of ending anti-Semitism and the plight of the Jewish people. Doing so has rendered his political zionism dependent on the approval of of the gentiles, and as such, when we fail to achieve that, (as we undoubtedly cannot), questions emerge as to the merits of the totality of the Zionist enterprise. While quelling Jew hatred and having the Jewish people be treated as a nation like any other were worthy goals at the time, and remain a nice dream, they are wholly impossible to accomplish. More so, they are not the chief goal of the Zionist movement or of the modern, reborn state of Israel, which, in the simplest of terms, means that once again, The Jew is the author of his own story.

Before moving forward it is important to understand how our ideological past has brought us to this point. Hertzl’s contention, that anti Semetism stemmed naturally from the Jews’ statelessness (our reality as the “wandering Jew”) and that such hatred could thus be reversed by changing out people’s national predicament, seems outlandish now.

Taking this premise even further, Hertzl believed that Jews will eventually create their own state, indeed it was inevitable, with the backing of the gentile powers, because for them, solving the Jewish problem would alleviate their contradictory roadblock (i.e. their illiberal treatment of the ir Jews) that prevented them from fully realizing themselves as a liberal, progressive society of the 19th century. Hertzl’s zionism, and political zionism at large, thus saw Zionism as a pushback against anti-Semitism and of a way for the Jewish people, as a nation, to enter the family of nations.

With the benefit of hindsight, and a greater appreciation of Jewish history, we understand that Jew hatred is not rational, and thus can’t be remedied. The world’s oldest hatred is also its most adaptable; it is a permanent and ever changing fixture of the human condition, since the time of Abraham. In every society, the mythified Jew can be regarded as “The other”, that easy scapegoat that can be blamed for any problem plaguing the majority culture. As modernity crept upon the people of Europe in the 19th century, and natural discomfort resulted, the Jew was somehow simultaneously blamed by elements of society as both a national jingoist and the “international jew”, both a greedy capitalist and a socialist usurper of the system, and both a cowardly weakling and an aggressive, arrogant lot. When Jews can be blamed for everything and their opposite, it is easy to see that it’s not rational, and more importantly can’t be abated. But all of this was ignored by some who believed that the mere creation of a Jewish state somehow would mean the reversal of 2,000 years of irrational Jew hatred.

What has this meant for the modern Zionist movement?

It meant that the Jewish people, even with a thriving democracy, a powerful army, and a seat at the United Nations, could not, and can not, to quote the brilliant Ruth Weisse, “earn the acceptance that was theirs by right.” It means that when Jews fault Zionism as being somehow responsible for the hate of our enemies and the wider world, is not only misguided, it is deeply dangerous to our understanding of our own worth. Judging the state and its national movement by the continued intolerance of our enemies means that we are fighting a battle that we can never truly win. Looking at the big picture of the the shape shifting art of Jew hatred, it is not hard to see that the change from hating individual Jews within a country to hating the Jews as a country is not so unique. Indeed, the Jewish nation is treated almost identically as Jewish individuals had been in their home country for centuries; a lot of the libels haven’t even bothered to change.

This idea of the Jewish nation fitting seamlessly into the family of nations (an oxymoron itself) is thus inherently problematic because it assumes that statehood, in it of itself, would relieve the Jews of their precarious power vacuum of 2,000 years. To once again steal from Ruth Weisse, some optimistic Zionists confused the process with the goals of the movement; Just having a state wouldn’t render the Jewish people a normal people like any other unless that state was treated normally by the rest of the world. Statehood itself is not a cure. As we can see today, the Jewish state finds itself outcasted by all of our immediate neighbors, a global pariah to some degree, in which the countries that control the UN, the world oil markets, and an increasingly scary level of Europe’s foreign policy, call for, without shame, our eternal destruction. As Menachem Begin once remarked, “Israel is the only country on Earth that has a formal note to the effect that it should disappear.” In terms of our people’s acceptance by the outside world, it is difficult to see how Israel’s position is altogether different than that of Leon Pinsker’s 100 years ago in the Russian ghetto.

And that is when the story changes.

Because if we understand that Zionism does not exist to make us more palatable to the outside world but to change OUR STORY, the story of the Jew, for the Jew, by the Jew, than our beautiful story can be shared for the miracle that it truly is. We can celebrate that the Jewish underground against the British gave our people the first chance to fight as a nation in 2,000 years. We can celebrate that at a time when our people thought our candle was finally being extinguished, after a long fight as the world’s most persecuted people, we rose up from the ashes and cast a defiant light upon the world, that we would never again go quietly into the night.

The world’s atrocities had not depressed us or embarrassed us into the darkness but had forced us to grow stronger, to finally reclaim what was rightfully ours. We became farmers and soldiers like our ancient ancestors, while walking the same land and walking the same language that our biblical kings and prophets transversed. We have contributed to the world a particularly Jewish culture and society after only being able to imagine from our ghettos what sort of society we would create if given the chance. We have that power and responsibility today. We rescued persecuted Jews from all over the world and restored dignity and pride to an American Jewry embarrassed and disheartened by their failures in the Holocaust. We gave the Jewish people a voice and recreated a thriving national culture after 2,000 years of being driven from our land.

If we measure our Zionism by our ability to calm the world’s hatred against us, then we are asking the wrong question. Zionism has been a miraculous success, because the Jewish people can defend ourselves by ourselves, and because every Jew on earth knows that there is one tiny sliver of the world that wants them. That is FOR THEM.

Zionism has to regain its inward focus and to stop obsessing over some individual trees, so that we can appreciate the beautiful forest for the miracle that it truly is.

Ben Gurion once said “It is not what the goyim think, It is what the Jews do.”

About the Author
Gideon Drucker, after graduating from Lehigh University in 2014 with a degree in international relations, took his talents to Tel Aviv Beach to join the IDF, where he currently serves as a combat soldier in the Paratrooper Brigade.
Comments