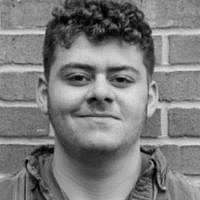 The Blogs
Aidan Segal
Apply for a Blog
Advertisement
Please note that the posts on The Blogs are contributed by third parties. The opinions, facts and any media content in them are presented solely by the authors, and neither The Times of Israel nor its partners assume any responsibility for them. Please contact us in case of abuse. In case of abuse,
Report this post.

Last October, I resigned from the Jewish Federation of Pittsburgh Community Relations Council. At that point, I had been a Pittsburgh-Israel Campus Fellow for several months, working as a liaison between the Federation and my now-alma mater, the University of Pittsburgh, aiming to introduce the Israel conversation to campus. Oftentimes, however, my superiors manipulated that conversation to conform to a vaguely progressive Zionism more likely to promote Israel as an LGBT haven rather than its primary purpose as a Jewish one, and always cautious not to offend Muslim antisemites lest we be accused of “Islamophobia.”

There is a crisis of leadership in the Jewish community. Despite the surging level of antisemitism, establishment Jewish leaders would sooner advance progressive ideological fantasies than effectively defend the Jewish people they allegedly represent. My experience with the Federation shows exactly how this happens.

The inaugural Eradicate Hate Summit was planned that October to commemorate the deadliest antisemitic attack in American history, the massacre at Tree of Life synagogue. Shockingly, one of the speakers was to be a vicious antisemite whose organization excuses and defends terrorist Jew-killers. I was furious but the Federation was less disturbed by Salam al Marayati’s participation than they were by my post on my personal Facebook account: “In Israel, Jews obliterate the antisemite. In America, we give him a microphone.”

A heated phone call ensued. My supervisor defended the invitation and credentials of al-Marayati, a man who suggested that Israel was behind the 9/11 terror attacks, claimed Jews “weaponize antisemitism to marginalize critics of Israel,” and introduced a former neo-Nazi party leader at an anti-Israel event. Yet I was the focus of concern, urged to delete my post. I refused. Ultimately, I quit, agreeing with his suggestion that the Federation was no longer a good fit for me. I did not fit into an organization that put more energy into silencing me, a Jew, than al-Marayati, a Jew-hater. Worse still, the Federation financially backed the summit, using Jewish community resources to whitewash an antisemite.

Across the country, a growing number of American Jews are finally awakening to the harsh reality that, in addition to their local Federations, mainstream organizations like the ADL, and Hillel International make common cause with antisemites attacking our community. Our leaders have reduced the Jewish people to a social justice symbol, pinning their hopes on the idea that if we martyr ourselves on the altar of wokeness, we will earn the respect and solidarity of fellow minority groups. That strategy has utterly failed.

That Jews are murdered, mugged, and maligned by members of these minority groups evidently goes unnoticed by the American Jewish elites. They exalt the false idol of tikkun olam, shielding black nationalist, Muslim, and leftist antisemitism because the optics of “virtue” outweigh Jewish honor and even Jewish blood.

Richard Landes, a professor of history at Boston University, aptly identifies these kinds of people as moral narcissists, with an “overwhelming concern about personally being a moral person and not really caring about the consequences outside one’s own solipsistic concerns.”

But it is seemingly political as much as it is emotional. I recall the uproar at my school when a student accused a political science professor of comparing COVID-19 mask-wearing to being gassed by the Nazis but I do not recall any reaction at all from Jewish organizations or students when our law school’s human rights professor Daniel Kovalik touted deranged conspiracy theories about Zionist international domination and genocide on Iranian state television. It is clear that they spoke out in the first case because the professor’s alleged remark seemed to resonate with what they perceive to be conservative bigotry, while remaining silent in the latter case because anti-Zionism conforms with their progressive ideology.

Whatever the motivations, our leaders must be held accountable for their failure to effectively combat antisemitism from all sources. A new organization called the Jewish Leadership Project aims to do just that. The JLP recognizes that “most mainstream Jewish leaders cannot break out of their failed ideological straitjackets and explore new thinking.” Following their lead, we must establish an uncompromising Jewish front, one committed to self-defense and reallocating precious resources to serve our community above all else. As Natan Sharansky said, “When Jews abandon identity in the pursuit of universal freedom, they end up with neither.”

There is a tough road ahead, but never forget who we are. Our people rose from the graveyard of Europe and the dhimmi status of the Arab countries to become the dynamite that destroyed British colonialism, restoring our ancient homeland, Israel. We are also the people who, from the squalor of the shtetl, came to America and helped forge the greatest industrial power the world has ever seen. We have overcome far worse adversities and we will overcome these current challenges – whether our “leaders” choose to follow us or not.

About the Author
Aidan Segal is a writer and researcher for the Jewish Leadership Project.