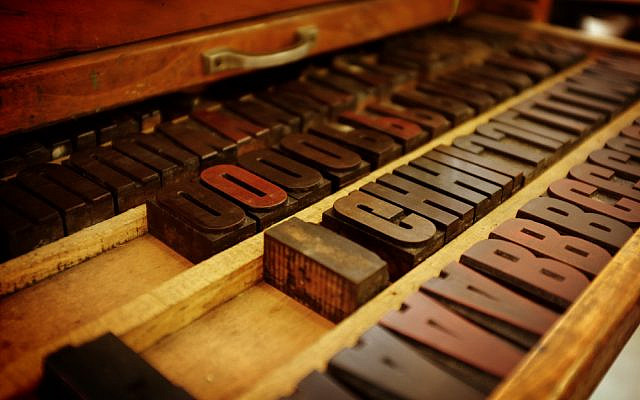 I recently published an article in the Times of Israel titled “Rethinking Religion“, which discussed the declining interest in religious belief across the United States. The general point was that no matter the denomination of those accepting or rejecting religion today, to be honest with themselves they should understand exactly what it is that they are accepting or rejecting. To do this, their leaders, religious and academic, need to reject sermons and articles that disseminate personal, unrelated interpretations of this or that biblical verse and instead convey the actual meanings of the individual words in the original source regardless of their own religion. That source (for Abrahamic religions) is the Five Books of Moses of the Hebrew Bible.

This article discusses the other end of the spectrum, i.e., the unfortunate contemporary blocking of attempts to discover the actual meanings of the Hebrew words. I have run into this experience on many occasions.

With 50+ years studying original Hebrew words, I make available my research and discoveries in my books Talking With God and The Golden Ark (as well as in numerous articles) with those who accept the Bible unquestioningly as well as with those who might be rejecting it prematurely, i.e., without knowing all the facts. You may have seen my posts on social media, my website and blog, my videos on YouTube, my newsletter, my articles in the Times of Israel, my précis to chemists and physicists, or advertisements for my books in well-respected secular journals, including Biblical Archaeology Review and The Journal of Religion.

In contrast, other than a few reviews, you have not seen any of my work in religious circles. Recent interactions with doctrine guards in advertising departments of religious publications have been disappointing:

Far from those rethinking and/or foregoing religion, these religious representatives demonstrate such a tight embrace on their various beliefs that they squeeze out all hope of open dialogue in their zeal to defend those beliefs, even when they are based on errantly translated Biblical Hebrew. The result is a freezing of thought in a cloud covered ice block of ignorance. This is in direct opposition to the (Christian) biblical directive itself to study and rightly divide (2 Timothy 2:15), which inherently points to an expectation of Bible readers to find greater revelations of truth as in any other scientific exercise. So, too, directs Joshua 1:8, “This book of the law shall not depart out of your mouth, and you shall meditate on it day and night that you may observe to do all that is written in it.”

There is nothing new about the editors’ Dark Age attitude. When Johannes Gutenberg’s 15th century invention of movable type made the widespread publishing of books possible for the first time, both the Church and governments used their powers to control writings that preached dissent from established doctrine and law. Today, almost every religion has some form of exclusion for those who stray from the precepts of their community.

As seen, even in advertising departments, the guardians of communication still shut the door on independent thinking and are at ease with censoring ideas they fear might be conflicting. This blocks the freedom of reasoning with which our brains are blessed in the 21st century.

Where is this leading us? On the one hand, religious belief is waning. On the other, authoritarian dogma is hanging on, if not, indeed, waxing.

There is one solution never available in times past: the powerful platform of the Internet. Through this vehicle, writers of all stripes of thinking can be the media. They can be academicians who are educated to purvey historically accurate biblical meaning, reaching readers with concepts they may never have considered. They can also be enlightened, courageous religious leaders who do the same to unearth the long forgotten, original biblical meanings, informing and equipping readers to accept or reject religious beliefs on their own. All of us, then, can have the joy of seeing the sun break through the clouds of doctrinaire restrictions and the ice block melt before our eyes.

There is no reason why this can’t be done given what scientists, enlightened scholars, archaeologists, and true religious leaders have unearthed in recent years about the inner structure of the writings known today as the Bible. To let this knowledge be buried in the dark mists of the medieval past would be in itself a veritable “sin”.