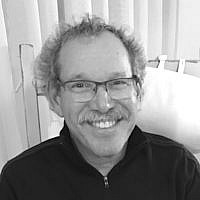 The Blogs
Howie Goldschmidt
Apply for a Blog
Please note that the posts on The Blogs are contributed by third parties. The opinions, facts and any media content in them are presented solely by the authors, and neither The Times of Israel nor its partners assume any responsibility for them. Please contact us in case of abuse. In case of abuse,
Report this post.

An impromptu evening prayer service has just finished at an airport gate in a historic European city 5 hours from Israel. A floor-to-ceiling window separates me from the jet I will soon board. Later tonight, I will be processed as a new immigrant at Ben-Gurion Airport. In accordance with Israel’s “Law-of-Return,” I will receive Israeli citizenship and an Israeli identity document with all the rights it confers.

One year ago, I worked for a month as a volunteer physician at Shaare Zedek Medical Center in Jerusalem. I had a temporary medical license which allowed me to perform clinical work and teach. Desiring to practice medicine independently in Israel, I inquired about upgrading to full licensure. I was told to get Israeli citizenship, and then apply for the license. At first, this seemed a daunting prospect. Yet, after more thought…”hey, why not make Aliyah?” Though it will be years until I can be a full-time resident, why not be a citizen instead of a perennial tourist? I have three grandsons who were born in Israel. My family’s Zionist spirit began with my grandfather, who represented the Hamburg Jewish community at The World Zionist Congress in Switzerland in the early 1900’s. So, over a six-week period, I gathered all the qualifying diplomas, documents, translations, notarizations, recommendations and apostile (look it up!) certifications. I was a contestant in an international scavenger hunt, racing the clock counting down to my annual February trip. On one form, I itemized the dates of 23 visits over the last 7 years. Due to our frequent visits, my wife Debbie and I have often been asked at Ben-Gurion Passport Control, “Are you sure you don’t have Israeli Passports?” Next time they ask, my answer will be “yes, I do”.

During Israel’s first 50 years, Aliyah was a supreme sacrifice: few creature comforts, no luxury items, food and power shortages in the 1950s, minimal availability of air conditioning until the 1970s, and a medical system overwhelmed by 1 million Soviet immigrants in the 1990s.Conditions were of course much worse in the early 20th century, when settlers were attacked by mosquitos from malarial swamps and marauding Bedouin thieves on horseback.

In the 1950s, my Aunt Miriam and Uncle Zvi made Aliyah to an agricultural Moshav after undergoing a few months of training on a model farm ( “Hachshara”) in southern New Jersey. They were following in the footsteps of another uncle, who came to fight in the 1948 War of Independence and stayed for good . Zvi was thrilled with his high school teaching job and farming chores, but Miriam was beaten down by waiting daily in long lines at the grocer, post office and bank in sweltering heat. They returned to the US, disappointed and disenchanted after just 18 months.

Over the years, a number of friends uprooted their families from comfortable suburban lives in the US in pursuit of the Zionist dream. For some, the economic and social challenges for themselves and their children were insurmountable. I greatly admired these friends for their courage and felt their anguish when things didn’t work out and they returned to the States.

I have chosen an easier path for myself. I will take the citizenship without the hardship (“Aliyah Lite”). I will advocate for Israel from America, speaking as an American and an Israeli. I’ve always had multiple identities: traditional modern Jew, husband, father, doctor, student of 20th Century history and art, dilettante man of letters, long distance runner. I’m proud to add “Israeli” to this list.

Each of us has multiple axes of identification, including religious, political, nationalistic and linguistic. To ready myself for Aliyah, I have struggled to become a “Hebrew Man” (great song by Ehud Banai, by the way). In the last month, Debbie and I binge-watched three Israeli TV series (Fauda, Mossad 101 and Shtisel), ostensibly to improve our Hebrew language skills. I have been regularly listening to live-streamed Radio Galgalatz for hourly news, pop music and traffic updates (“fender bender reported at ‘Ingathering of the Exiles’ interchange”).

There is a modern Hebrew expression that “all schedules are rough drafts”. Last night, I was expecting a stress-free “economy-plus” direct flight to Tel Aviv for my return to Zion. Not so fast. A blizzard forecast for the morning after the flight was deemed a good enough reason for the airline to cancel the flight. This wandering Jew (and spouse) was then rebooked on a 17 hour odyssey from JFK to London to Frankfurt to Tel Aviv. After landing in Frankfurt, the city where my Goldschmidt and Posen forebears lived from the 1700’s until the passage of the Nuremberg Laws, I put on my tefillin and said the Sh’ma. Afterwards, I bought a soda from a Kurdish vendor who expects his people to have their own country within ten years. Ours is not the only diaspora.

Postscript: I was originally scheduled for airport processing by representatives of the Ministries of Absorption and Interior at 4PM. When my plane landed at 11PM, I was happy to find that these offices work 24 hours a day, greeting and welcoming new olim day and night. I was promptly issued my National Identification Card, enrolled in one of the national health insurance plans and given three gifts: a heavy blanket, a cell phone SIM card with 200 minutes of talk time and some spending money. My Israeli daughter tells me that I will never have as smooth a visit to an Israeli government office as I did at Ben Gurion at midnight.

What started as a practical need for Israeli citizenship has evolved into a spiritual act of affirming solidarity with my people ; maybe other Americans will follow me on “Aliyah Lite”. On my first day as an Israeli, I picked Jaffa Oranges with my grandsons at a grove near the Mediterranean coast, to be donated to a food bank, re-enacting the labor done by pioneering colonists 100 years ago. 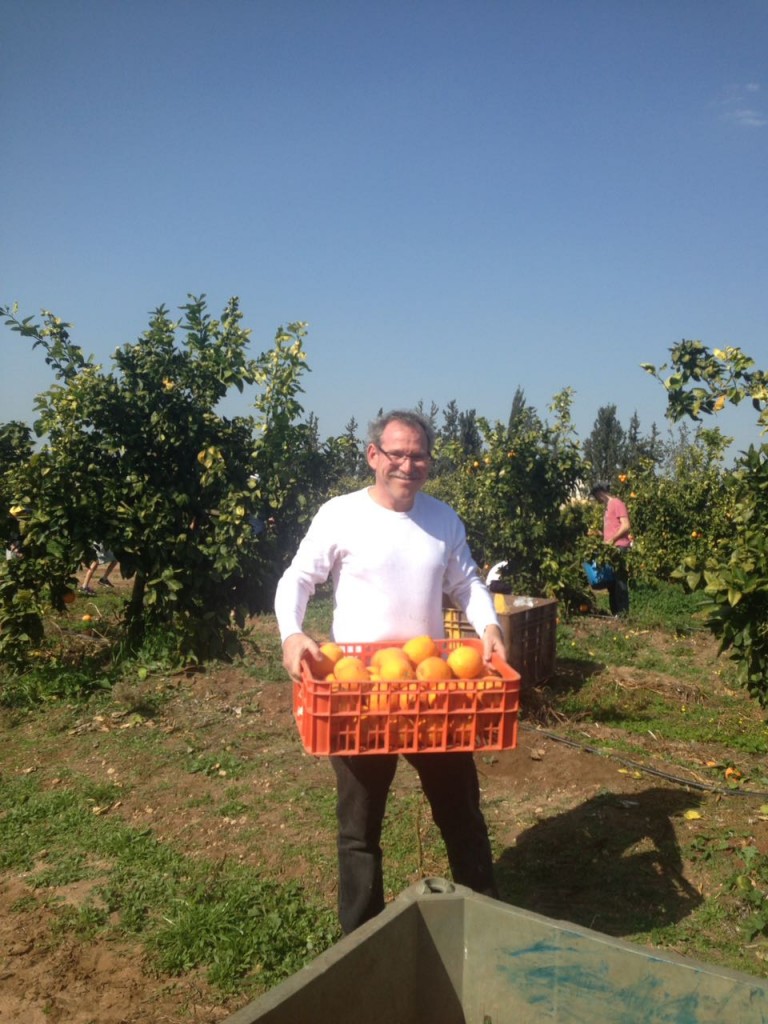