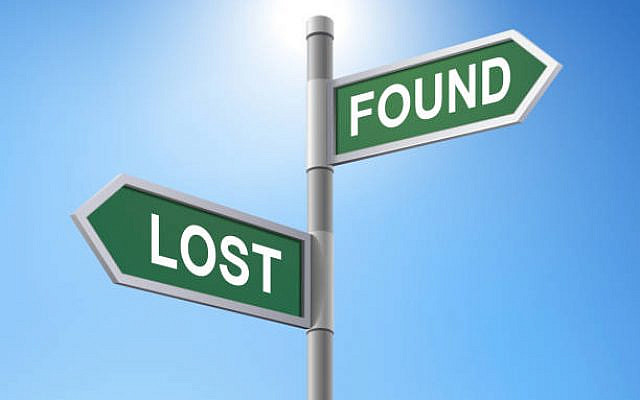 On the night before Passover, Rabbi Akiva Males, a young rabbi in Harrisburg, Pennsylvania was absorbed in the mitzvah of Bedikat Chametz(searching for the Chametz) in his shul. While checking the synagogue’s coatroom, he found a backpack resting on a high shelf. The knapsack held a digital camera, a small volume of mishnayot and several postcards sent from a Margot Reinstein to a Josh Botwinick. The rabbi left the backpack in the shul office and after the holiday set out to return it to its rightful owner. He assumed it belonged to Josh Botwinick since the postcards found in the backpack were written to him, but he only had the sender, Margot’s address on the postcard. So, the rabbi sent the knapsack to Margot’s address with an explanatory note.

Several weeks later, the rabbi received a phone call from Margot, who could barely contain her excitement. She thanked the rabbi for sending the bag which she said had been missing for three years. More importantly, Margot shared that she and Josh had been dating while they were in college but broke up years earlier. They went on with their lives, dating other people and eventually they lost touch. When the knapsack arrived at Margot’s home, she contacted Josh. It was the first time they spoke in three years. Margot asked Josh if he wanted to get together so she could give him his backpack. They spent a long time catching up and started dating again. A few months later Margot and Josh called the rabbi to share the news that they had gotten engaged!

Besides reuniting Margot and Josh, Rabbi Males fulfilled an important Jewish precept found in this past week’sTorah reading: the mitzvah of hashavat aveidah – returning a lost object: You shall not watch your brother’s ox or sheep straying and turn a blind eye. You should return them to your brother. But if your brother is not near to you, or if you do not know him, you should bring it into your house, and it should remain with you until your brother seeks it out. You should do the same with his donkey, with his clothes…you should not hide yourself from it” (Deuteronomy 22:1-3)

Virtually all the commentators understand these verses as referring solely to the responsibility of a Jew to return his fellow Jew’s lost property. However, the Ohr Hachaim, Rabbi Chayim Ben Atar – an eighteenth-century Kabbalist, saw something deeper. According to the Ohr Hachaim, these verses refer not simply to the obligation to return lost physicalproperty to their rightful owner, but the responsibility of a Jew to return a fellow Jew who has become lost, to his or her rightful owner – to God Himself. This is the reason, explains the Ohr Hachaim, why the Torah uses an ox and a sheep as examples of lost objects because those animals refer to the Jewish people who are compared to a holy flock – animals which are sacred and fit for the altar.

And so, if we were to read the above passage according to the Ohr Hachaim, the Torah is telling the righteous among Israel: “Don’t see your brothers ox or sheep going astray”- don’t watch the Jewish people, God’s holy flock, going astray and then hide yourself from them. Rather you must “return them to your brother”. “Your brother” says the Ohr Hachayim, is a simile for God – hasaiv teshivaym leachecha – return them to Hashem. The Ohr Hachayim also writes that the Torah repeats the word hashaiv – “to return” because when the righteous of Israel will make the first move in encouraging the people to return to the path of Torah then teshiyvaim– the people will take the next step themselves, completing their journey back to God.

This is not just an instruction for the righteous but a call to each of us to encourage our fellow Jews – who may have strayed in one way or another – to return to their Jewish heritage. And there could be no better time than right now. As the High Holidays are approaching, thousands of Jews in the tri-state area will be searching for a meaningful experience to celebrate the Jewish New Year. Tell your friends and colleagues about MJE’s uplifting and explanatory services (www.jewishexperience.org) or better yet, invite them to your home for a Yom Tov or Shabbat meal. Most importantly, help them find something which speaks to them. Judaism is not a “one-size all” proposition.

One last idea: The Ohr Hachayim wrote that whereas every human being has two parts – a body and a soul, every Jew has a third part, what he calls: chelek hatorah hameureset l’chol Yisrael – a portion of Torah betrothed to each Jew. Every Jewish person has a unique connection with some aspect of Torah. My teacher, Rav Aharon Bina suggested this is precisely what the words in our prayers – Vetain chelkeinu b’toratecha –“and give us our share in Your Torah” namely, each of us has a different part of the Torah that is our special portion, unique to each of us and us alone. Some are attracted to the more rational parts of Torah and some to the more mystical. Some are drawn to Choshen Mishpat, the laws of contracts, torts and property which govern our interpersonal relationships, and some gravitate towards Ohr Hachayim – to Shabbat, Tefilah or Tefilin. Every Jew has their own unique chelek or portion of Torah. We must find that special part of Torah for ourselves and it is our responsibility to help our fellow Jew – irrespective of their background – find their unique portion. As the Ohr Hachayim continues to say, if one fails to cultivate their special part of Torah it becomes avud m’olam – lost from the world since it is intrinsic to that person alone.

Let us use this time on the Jewish calendar to develop our unique portion of Torah while helping our fellow Jews find their irreplaceable spiritual place in our community.