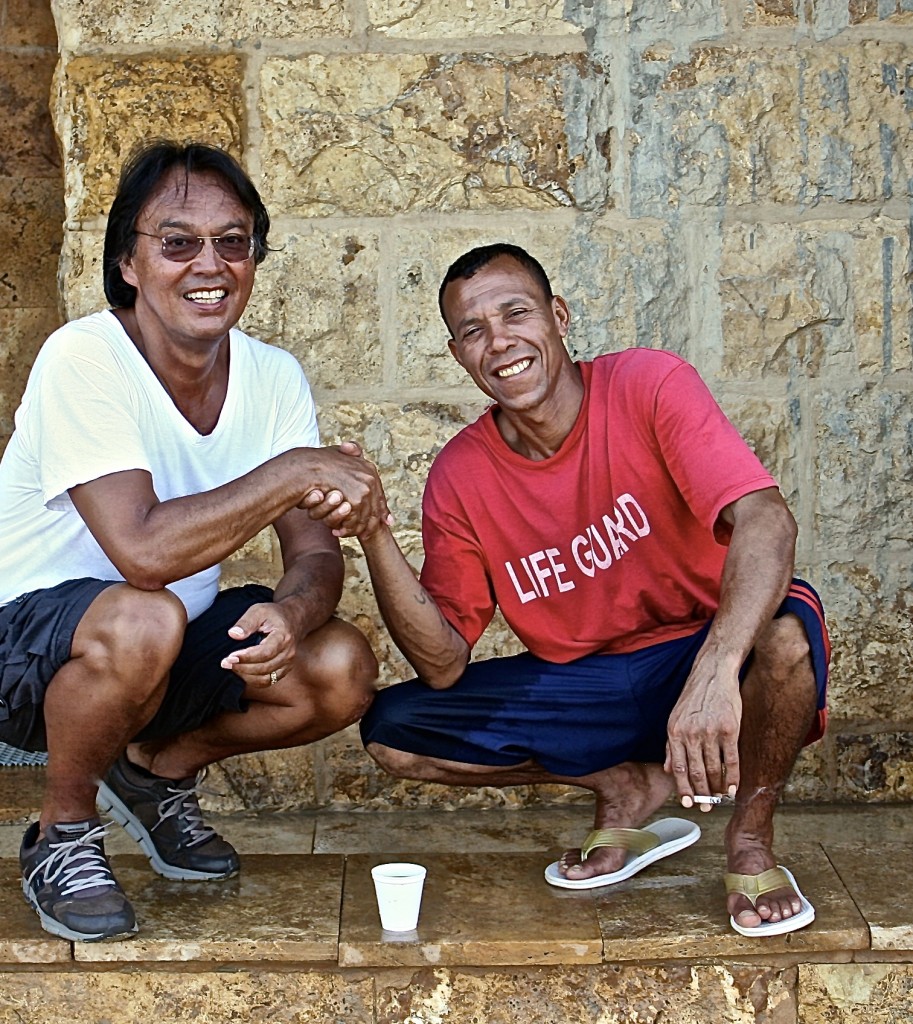 The Hague, The Netherlands

The command: ‘Revere (honor, respect, dignify; love; welcome, take care of) the stranger’ jumps out of the Sacred Texts because of its recurrent prominence and impregnable moral thrust. According to Rabbi Eliezer in the Talmud (Baba Metsia 59b) the Torah “warns against the wronging of a stranger (ger) in thirty-six places; others say, in forty-six places.” This Holy Decree, the Golden Rule, also dominates The New Testament and the Qur’an.

Since writing my last article, ‘When the Going Gets Tough … What Happens?’ I’ve been tossing and turning on the last sentence: “Must a shared calamity burst through to bring the Israelis and Palestinians together”? Is this their shared calamity: the desecration of the prime directive, to revere the stranger? Could a change of heart bring the Jews, Christians and Muslims together?

Do not oppress a stranger; you yourselves know how it feels to be a stranger [literally, “you know the soul of a stranger”], because you were strangers in Egypt.

It is the Law. The Abrahamic Faiths – Judaism, Christianity and Islam – make that clear.

Historically, lights and shadows with moments of grief characterize the relationship among Jews, Christians and Muslims. Can we work toward real reconciliation among all believers in the one God? “Theology is as much a sophisticated conversation across time and generations, a sophisticated analysis of the human condition as much as it is a conversation about God”, says Krista Tippett, host of On Being. One name echoes behind these conversations. One man is at the heart of Judaism, Christianity and Islam: Abraham. Abraham. Abraham.

What if the Israelis and Palestinians rediscover themselves and build the Zion described in the Sacred Texts, a heaven on earth, a Zion belonging to all of Abraham’s descendants, all of God’s children, the God of all mankind? In this light, they can and will destroy their enemies by becoming friends with all the give and take to make and keep the friendship.

Rabbi Hayyim ibn Attar (Ohr ha-Hayyim) adds further insight. The arrogant in Judaism but also in Christianity and Islam who view themselves as being ‘Holier than Thou’ might look down on those who lack a similar spiritual ‘pedigree’. Therefore Jews, Christians and Muslims are commanded to remember the degradation experienced in Egypt, a command of humility.

Villages and townships where Jews, Christians or Muslims had lived for centuries if not millennia witnessed attacks, invasions, occupation, torture, displacements, murder, deportations, and genocide, relegating whole populations to the category of the subhuman. Fear of the foreigner is the oldest of passions, going back to tribalism and the prehistory of civilization. The pages of history are stained with blood spilled, sparked by racial or ethnic conflict, often in the name of God. Dislike of the unlike is as old as mankind.

On several occasions the Sacred Texts specify: “You shall have the same law for the stranger as for the native-born.” Not only must the stranger not be wronged; he or she must be included in the positive welfare provisions of Israelite/Jewish/Christian/Islam society. But the law goes beyond this: the stranger must be loved.

When a stranger lives with you in your land, do not mistreat him. The stranger living with you must be treated as one of your native-born. Love him as yourself … I am the LORD your God.

The word ‘ger’ signifies one who is not an Israelite by birth but who has come to live, on a long-term basis, within Israelite society. There are other words for stranger, namely zar and nochri, both of which have a stronger sense of ‘alien’ or ‘foreigner,’ a visitor from elsewhere. The oral tradition accordingly identified two forms of the ger: the ger tzedek, or convert (Ruth is the classic example), and the ger toshav, a ‘resident alien’ who has chosen to live in Israel without converting to Judaism but instead agreeing to keep the seven Noahide laws, mandatory on all mankind. Ger toshav legislation represents the biblical form of minority rights.

Living outside the normal securities of home and belonging, the stranger feels alone. The Sacred Texts are especially sensitive to the weeping of the oppressed, the feelings of the rejected, the cry of the unheard; the emotional dimension of the command. There is also a political dimension. God has made himself protector of the outsider, those who are ‘poor in spirit’.

As reported in Part Two of Dishing out Nutrients of Peace Smorgasbord-style…Nourishing Broken Hearts, the sweet aroma of peace is in the air, all around us. A clear majority on all sides of the Divide wants peace (Israeli Jews, 73.8%; Israeli Arabs, 97%; and the Palestinian Arabs, 85.7%). This is affirmed by the Jerusalem-based Israel Democracy Institute and the Ramallah-based Palestinian Center for Policy and Survey Research (executive summary here, full survey here).

Imagine, the Israelis and the Palestinians in full reconciliation, living apart together, within one homeland inside two borderless states, rejoicing freedom of movement and the right of passage, sharing Jerusalem and the region, not too different from the BENELUX countries (Belgium, Netherlands and Luxembourg), the forerunners of the open borders of the European Union (EU)? “We cannot give up on the search for an end to this conflict,” says President Barack Obama in his response (16 August 2016) to my letter dated.

Can and will the Israelis and Palestinians, whether Jewish, Christian, Muslim or Secular, reclaim their guiding principles and fundamental beliefs derived from the Sacred Texts: “love your neighbor,” “love the stranger,” or “justice, justice shalt thou pursue”?

Building the Bridge Foundation, The Hague

* Selections of Sacred Texts and related theological insights are derived from: