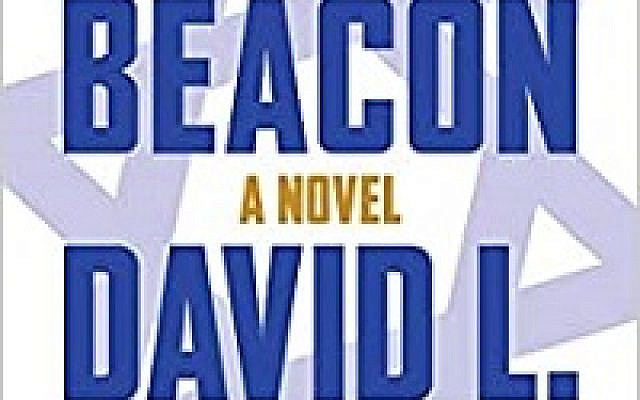 The novel Isaac’s Beacon by David L. Robbins (Wicked Son, August 2021) is a sweeping historical epic based on the actual events of Israel’s founding, but it doesn’t sugarcoat the tale in the tradition of Exodus and Cast a Giant Shadow. There are no striking, blue-eyed movie stars here, but rather complex, flawed protagonists forced to find their way amidst the challenges and struggles of pre-state Israel’s most tumultuous years. 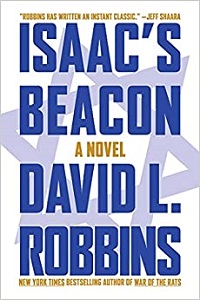 Eva escapes wartime Vienna and crosses the Mediterranean on a refugee ship only to be interned in the Atlit detention camp, before rebuilding her life as Rivkah in Gush Etzion. Hugo lingers between living and dying in Buchenwald, where he is rescued by an American reporter named Vince. Upon their arrival in Palestine, Vince discovers it is more important to play a role in the historic events occurring around him than to report their story.

Told from the perspective of Irgun fighters, this is a candid account of bombings and hangings, of sitting on death row in a British prison, and navigating one’s way through minefields. The events are portrayed with careful adherence to historical accuracy, a sign of the author’s meticulous research.

While the bombing of the King David Hotel is well known, not everyone is familiar with the failed attempt to blow up British military headquarters at Citrus House in Tel Aviv. The sinking of the Patria refugee ship was a real, tragic event, as were the fierce attacks on convoys supplying the settlements of Gush Etzion. It will surprise readers to learn that American conductor and composer Leonard Bernstein performed with the Palestine Philharmonic at Ein Harod; this concert took place in May 1947.

Most troubling to read are the pages depicting the events at Deir Yassin in April 1948. Fighters from the Irgun and Lehi killed at least 100 Palestinian Arabs in what can be rightfully be called a massacre. The horror of what transpired in that village is described in precise, painful detail.

The title of the book is a bit strange. The Gush Etzion kibbutz where Rivkah makes her home, where Vince takes up arms in defense of the Jewish cause, and where Hugo finds refuge from Irgun violence, is Masu’ot Yitzhak, an actual kibbutz destroyed in the War of Independence (and later established as a moshav shitufi near Ashkelon). The name’s literal translation is Isaac’s Beacon, but that hardly sounds like something that would appear on a map of Israel.

“There is going to be a Jewish state,” says one of the Irgun leaders in the last days of the British Mandate. “It will be born in bitterness and battle.” The novel Isaac’s Beacon relates the tale of Israel’s birth in bitterness and battle without sparing the reader any of the blood, sweat, and tears of the brave fighters who made it possible.

New York Times best-selling author David L. Robbins is the author of 15 novels and four professionally produced plays. Many of his books are historical, depicting the battles and conflicts of World War Two. In 2018, Robbins was named one of two most influential literary artists in the Commonwealth of Virginia.