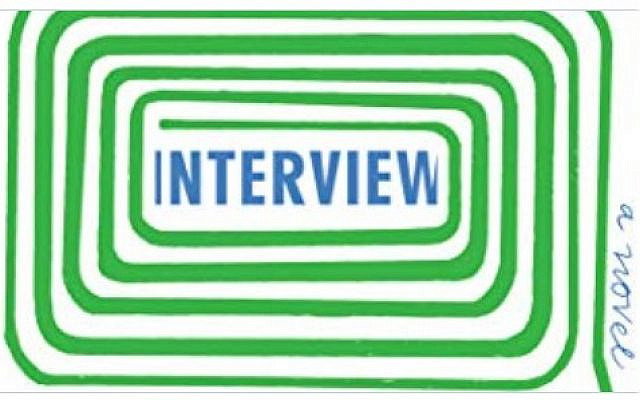 The protagonist of The Last Interview by Eshkol Nevo, translated by Sondra Silverston (Other Press, October 2020) was supposed to be writing a novel, but instead he is answering a very long interview sent to him by the editor of a website. Faced with the typical questions given to a novelist, such as ‘Did you always know you would be a writer?’ the unnamed protagonist decides to answer each and every question truthfully, with nothing held back.

Answer by answer we learn more about his life, about his broken marriage and his daughter who has run away from home. About his ongoing war with dysthymia and his chronic low-grade feeling of depression. About his childhood friend who has disappeared, and much more. Family and friends play a huge role in these answers and, as he keeps on writing, what was intended as a simple, but in-depth interview becomes a story itself. Not only that, the protagonist realizes that he has no idea where this story will end. 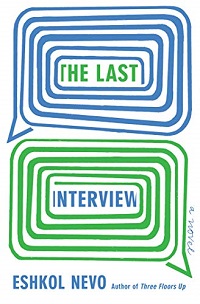 ‘How autobiographical are your books?’ is one of the questions.

The readers of the protagonist’s novels want to know what is real, and what isn’t in his books. By asking this question, readers show that they are “determined to get to the biographical core of the book, based on the erroneous assumption that it will help them understand it.”

As readers of The Last Interview, we may be asking the very same question. While we never know the name of the book’s protagonist, his answers tell us that he is the grandson of Levi Eshkol, the third prime minister of Israel. Eshkol Nevo, the real-life author of The Last Interview, is in fact the late prime minister’s grandson. When asked in the book what legacy his grandfather had left him, the fictional author answers that no matter how hard he tried, he was never able to mourn him personally. Was this also the case in real life?

The fictional author, with his apparent role as Nevo’s alter ego, responds to his readers’ questions by saying “the more he ‘lies’, in biographical terms, the closer he gets to the deep truth that is beyond the facts.” And the opposite could be true as well, he says.

The book’s narrative walks a thin line between truth and lies, between fact and fiction, but The Last Interview is far from confusing. In its unique format, the ‘interview’ provides answers that dig deeper and deeper into the protagonist’s life, with all its love and misery, friendships and heartaches, and the contradictory facets of his public and private identities. And in the process, The Last Interview proves to be a highly engrossing and page-turning read.

Eshkol Nevo is an Israeli writer who has published a collection of short stories, five novels, and a work of non-fiction. His novel Homesick was awarded the Book Publishers Association Gold Prize (2005) and the FFI-Raymond Wallier Prize at the Salon du Livre (Paris, 2008). Nevo is the grandson of Israeli Prime Minister Levi Eshkol, for whom he was named.

Sondra Silverston is a native New Yorker who has lived in Israel since 1970. She has translated works by Amos Oz, Etgar Keret, Ayelet Gundar-Goshen, and Eshkol Nevo. Her translation of Amos Oz’s Between Friends won the 2013 National Jewish Book Award for fiction.